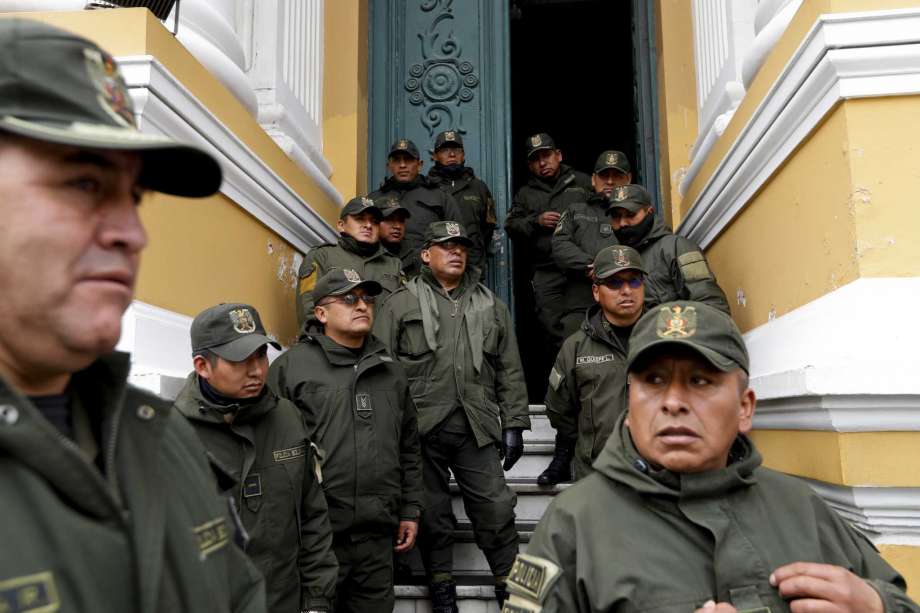 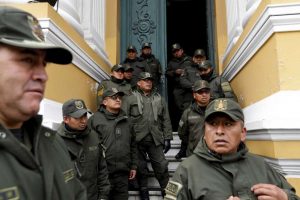 Without establishment media support, US planned aggression, color revolutions, old-fashioned coups, and other hostile to peace, equity and justice actions wouldn’t get out of the starting gate.

Discussing the coup in Bolivia, Fairness & Accuracy in Reporting (FAIR) said the following:

Bolivian “(a)rmy generals appearing on television to demand the resignation and arrest of an elected civilian head of state seems like a textbook example of a coup,” adding:

“And yet that is certainly not how corporate media are presenting the weekend’s events in Bolivia. No establishment outlet framed the action as a coup,” concealing reality, exclusively reporting state-approved propaganda, saying the following:

When establishment media refer to a “coup,” Morales and his government are falsely accused of the made-in-the-USA plot to topple him.

FAIR: “The New York Times did not hide its approval at events, presenting Morales as a power-hungry despot who had finally ‘lost his grip on power,’ ” adding:

Removing him from office marked “the end of tyranny.”

CNN highlighted the Big Lie of “election fraud,” proving again why it’s the most distrusted name in so-called television news.

Across the board, establishment media suppressed how Morales was “forced (from office) at gunpoint by the military,” FAIR stressed.

FAIR: “Delegitimizing foreign elections where the ‘wrong’ person wins, of course, is a favorite pastime of corporate media.”

FAIR: “No mainstream outlet warned its readers (or viewers) that the OAS is a Cold War organization, explicitly set up to halt the spread of leftist governments.”

USAID earlier said the organization “promotes US interests in the Western hemisphere, countering the influence of” sovereign independent governments in Venezuela, Cuba, Nicaragua, and Bolivia under Morales.

The same script followed the US 2016 presidential election, establishment media furious about Trump’s triumph over Hillary.

Russiagate and Ukrainegate scams are all about wanting him delegitimized and weakened for winning an election he was supposed to lose.

Over-entertained, uninformed Americans are so out of touch with reality they’re easy to fool no matter how many times they were duped before.

“We are the United States of Amnesia, which is encouraged by a media that has no desire to tell us the truth about anything, serving their corporate masters who have other plans to dominate us.”

Information passes through the public mind like water through a sieve — understanding something today, erased from memory when new or dissimilar information replaces it.

Vidal railed against establishment media, calling them “bandits,” adding “(t)he infantilizing of the republic is one of the triumphs of American television.”

“Everybody with an IQ above room temperature is onto the con act of our media. They are obeying bigger, richer interests than informing the public — which is the last thing that corporate America has ever been interested in doing.”

Commenting on the nation’s ruling class, Vidal said he was “around (its members) all (his) life,” stressing his awareness of “their total contempt for the people of the country” — serving their own interests exclusively, supported by dominant media.

Like other establishment media, it failed to explain that toppling Morales was all about eliminating democratic rule under his leadership, wanting pro-Western puppet rule replacing him.

The Times and likeminded media support what demands denunciation. No election “fraud” occurred as falsely reported.

General Carlos Orellana Centellas replaced Williams Kaliman as Bolivian military chief, both officials and other key ones in their chain of command trained at the infamous School of the Americas at Fort Benning, GA.

According to Bolivia’s Ombudsman’s Office, street violence since October 20 resulted in eight deaths, over 500 injuries, and hundreds arrested.


On Wednesday, Telesur reported that “legitimate” Senate President Adriana Salvatierra “was violently assaulted by the police as she was trying to enter the Senate on Wednesday in order to comply with the constitutional rule that automatically proclaims the head of the upper chamber the Interim President when the President steps down, after Evo Morales was forced to resign on Sunday.”

During a Wednesday press conference, she said that she’s ready to convene parliament and assume the presidency as constitutionally mandated, adding:

“After the attack, we can observe that we have no guarantee for us to fulfill our legislative mandate.” Separately, she tweeted:

“#Bolivia | Senate President Adriana Salvatierra was assaulted and her entrance to the senate was blocked by police officials and coup supporters.”

Telesur tweeted: “After a violent attack by coup supporters and police, Bolivian President of the Senate suffered minor injuries, but she was not able to go back to work and fulfill her mission at congress.”

The Trump regime “applauds (her) for stepping up…to lead her nation through this democratic transition” — what the CIA orchestrated coup went all out to eliminate.

In response to events in Bolivia, the anti-imperial Black Alliance for Peace expressed solidarity with its population, urging that “people of conscience in the West join us to defeat the US/EU/NATO Axis of domination for the good of humanity,” adding:

“People of Bolivia, you are not alone.”

Note: On November 16, anti-imperial demonstrations are planned in Washington, New York, and other US cities against the CIA orchestrated coup in Bolivia — in coordination with similar actions abroad.

They’re all about wanting legitimate Bolivian President Evo Morales restored to the office he democratically won.