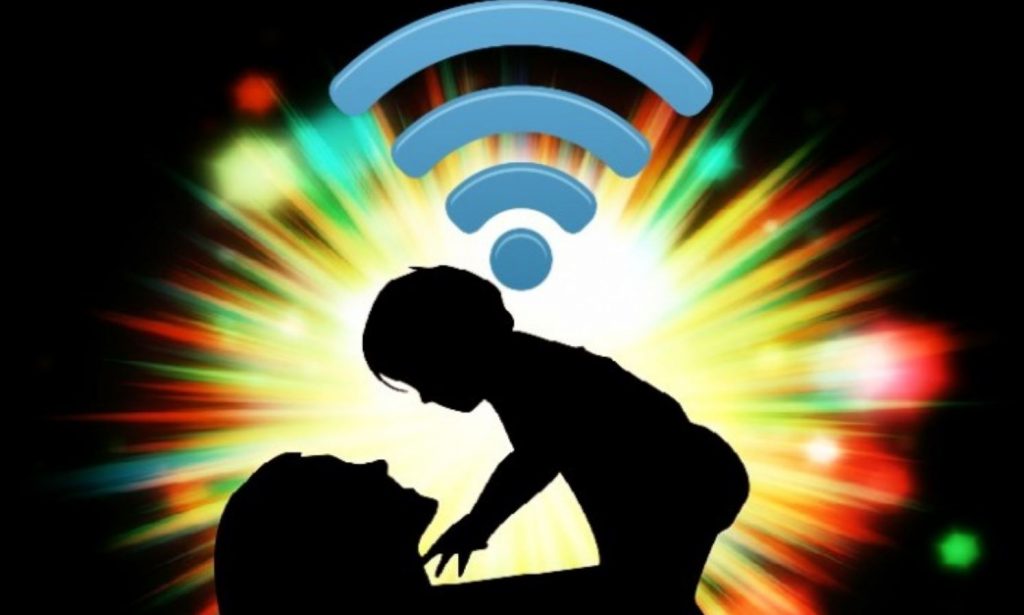 Cindy Sage and Ernesto Burgio published a new paper “Electromagnetic Fields, Pulsed Radiofrequency Radiation, and Epigenetics: How Wireless Technologies May Affect Childhood Development” on the Bioinitiative 2012 website, which ought to dispel much of the disparity about EMFs not  being harmful, especially to children, and fetuses in particular, I’d like to add.

The authors talk about epigenetics affecting childhood development, something to listen up about very carefully in this day and age of neuro-developmentally-challenged children, something not widespread in former generations.   According to the 2015 “America’s Children and the Environment, Third Edition” [1]:

[A]pproximately 15% of children in the United States ages 3 to 17 years were affected by neurodevelopmental disorders, including ADHD, learning disabilities, intellectual disability, cerebral palsy, autism, seizures, stuttering or stammering, moderate to profound hearing loss, blindness, and other developmental delays, in 2006–2008.

Here’s a graph showing the ‘history’ of epigenetics.

Note when epigenetics began to appear on scientific and demographic radars—middle to late 1940s when, in my opinion, the Rockefeller cartel introduced the concept of the chemical and pharmaceutical [3-4-5] industries, which they and their cronies managed to control and shepherd into behemoth ‘medicine-killing-chemical, for-profit factories’, in my opinion.

From the 1800s onward into the 1940s, the chart registers no data, even though there were coal and wood-burning stoves keeping homes half-way warm; horse manure in the streets; poor public sanitation services, if any; questionable water sources; some gas lights, but still epigenetics doesn’t seem to appear.  Why?

In my opinion, man-made synthetic chemicals are involved as the key precipitating epigenetics factor or ‘driver’ because they are man-made molecules Nature and the human evolutionary processes have not encountered before nor had to ‘deal with’ before.  Therefore, man-made-chemicals cause interference with the modification of gene expression.  In my studies, I learned it can take up to a few hundred years for human adaptation to occur to a new element by the human species.

Consider all the thousands of man-made toxic chemicals since the 1940s!  Most egregious is the deliberate injection of ethylmercury, aluminum, formaldehyde, anti-freeze and other neurotoxins directly into children less than one year of age! Is there any wonder epigenetics are affecting human biochemistry and heritable traits?

So, what is epigenetics?

The study of the process by which genetic information is translated into the substance and behavior of an organism: specifically, the study of the way in which the expression of heritable traits is modified by environmental influences or other mechanisms without a change to the DNA sequence. [2]

Nothing, in my candid opinion, modifies an environment ecologically, physically or esthetically more than the use of toxic herbicides, pesticides and other man-made chemicals used almost like running water, with no apparent regard for biological, environmental or even legal consequences.

Modern agriculture and animal husbandry are two of the worst offenders, in my opinion.  They are the sources of most of humankind’s food, which provide chemically-contaminated ‘nutrition’, something no one should have to ingest and which apparently provides epigenetic factors.

All the above man-made ‘epigenetics’ pale in comparison to the “newer epigenetic kid on the block.”  You can’t see it; can’t smell it; but consumers are in love with it.  Nevertheless, it has quite a dedicated following, but delivers a nasty ghost-like ‘bite’ science doesn’t want to admit to.  What a conundrum!  Admission would devastate an entire industry: Microwaves, which emit an epigenetic factor, I contend: non-thermal radiation.  Microwave EMFs/RFs certainly precipitate idiopathic symptoms and/or resulting diseases.  There’s even a name for it: electromagnetic hypersensitivity (EHS).

All microwave-technology-operated gizmos emit non-thermal radiation waves, regardless of what ICNIRP disavows.

Ironically, there are 32% of microwave industry-funded studies finding non-thermal adverse effects and yet that industry and its associations claim there are no such things; further research is needed; and dogmatically set false safety standards based upon thermal effects, e.g., if it heats your skin from a certain distance, then it’s harmful.  Mobile phones, utility AMI Smart Meters, baby monitors, and all smart appliances and gadgets using ZigBee radio chips send out non-thermal waves.  You can take that statement to the bank.

In the Discussion section of their paper, we find this:

The wide array of pathophysiological effects of EMF and RFR exposures from wireless sources do not require “the breaking of molecular bonds” as done by ionizing radiation in order for physiologically damaging effects to occur. Epigenetic mechanisms alone can change fetal development in profound ways, disrupting health by causing changes in gene activation and expression without change in gene sequences. Environmental epigenetic inﬂuences in the fetal and neonatal development (i.e., epigenetic regulation of genes rather than direct genetic effects by gene mutation) have been plausibly established to cause pathophysiological changes that can result in altered neurological development. Symptoms of neurodevelopmental problems in children like retarded memory, impaired learning, cognition, attention, and behavioral aberrations that are similarly expressed in autism and ADHD have been reported in numerous scientiﬁc studies to occur as a result of EMF and RFR exposures. Epigenetic drivers are the most likely causes, and persistent exposures contribute to chronic dysfunction and addiction that can overwhelm adaptive biological responses.  [CJF emphasis added]

Global saturation by wireless device emissions is our largest modifiable and preventable childhood contaminant. It may exacerbate health harm from chemical toxins such as environmental tobacco, mercury, lead and pthalate  [ sic—s/b phthalate] toxicity that already burden the developing child.

Public health experts, educators and psychologists have gained a strong new tool to argue against pulsed radiofrequency radiation saturation by wireless devices and infrastructure. Wireless exposures are modifiable and largely avoidable by choosing wired for technology access. This may hold the largest potential for global preventative health action we have.[1]

Wi-Fi, cell and smart phones, smart TVs and any smart appliances with ZigBee chips emit epigenetic factors or ‘drivers’, I offer. Consumers ought to take seriously warnings about the microwave industry’s misleading “tobacco science,” which pontificates there are only thermal waves.  The moon is made of Swiss cheese too!  There are a lot of holes in the moon theory as there are in microwave ‘science’.

We hear media reports encouraging children to interact with peers rather than send text messages.

Isn’t it time to rethink what epigenetic effects lurk around us from the technology we have become addicted to?  And, it is an addiction.  Try leaving your cell phone home for the day.