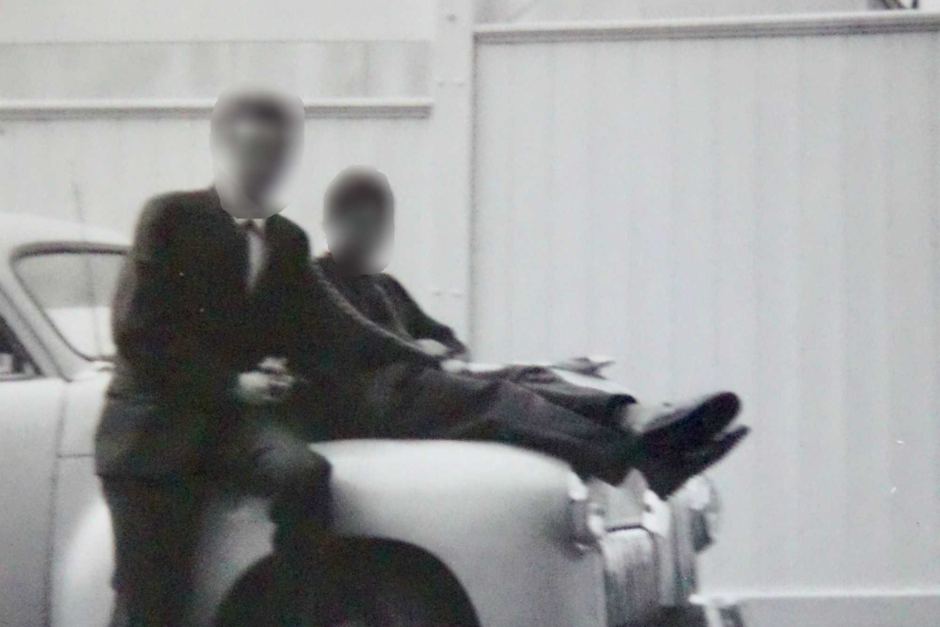 They include a child abuser who police caught with a half-naked boy in the back of his car on a busy Melbourne road, a man who raped a 13-year-old girl and a serial public masturbator who once chased his victim.

An ABC investigation has uncovered that, in the past five years, more than a dozen people convicted of child sex crimes, rape, obscene exposure and assault have obtained a working with children check through successful appeals at the Victorian Civil and Administrative Tribunal (VCAT).

Among them is the man who groomed and abused George Fletcher (not his real name) as a boy.

The man was a friend of Mr Fletcher’s family, who saw him as a potential suitor for his sister. They trusted him to take the boy, then aged 11, on trips away and to the beach.

In 1964, the man was convicted of indecently assaulting Mr Fletcher — disqualifying him from a working with children check. But he successfully appealed to VCAT, arguing he wanted to attend events at his grandchildren’s school.

“He shouldn’t be allowed to have a working with children permit, simply because he’s been convicted of paedophilia,” Mr Fletcher said.

“It’s like putting the kid in the candy store and walking out and all the jars are open,” he said.

“The person may not offend, but are you willing to take that risk?”

Child protection advocates have called for a dramatic shake-up of the system, starting with all child sex abusers being automatically banned from ever holding such a check.

But opinion is divided, with legal experts such as La Trobe Law School professor Gideon Boas arguing the system has adequate checks and balances to protect children from genuine risks.

A working with children check is mandatory for a person to work directly with children, as an employee or volunteer, in fields including childcare, coaching, teaching and religion.

In Victoria, people with criminal backgrounds who apply for a working with children check have their applications funnelled into categories.

People convicted of crimes like murder, rape, child sex or possessing child pornography who seek a working with children check have their applications automatically denied.

But the people who have their application refused can appeal the decision at VCAT and records reveal that, in the past five years, more than a dozen such refusals have been successfully challenged.

It is not known whether any of these people have re-offended.

About 38 cases were overturned at VCAT in the past five years. More than a dozen specifically involved sex crimes against adults and children.

Hetty Johnston, the founder of the child protection organisation Bravehearts, said the decisions were “mind boggling”.

“The civil rights of adults are gazumping the best interests of children.

“We don’t understand it and they’re undermining the integrity of the whole working with children system.”

People with less serious offences like trafficking children, upskirting and armed robbery are given a permit unless the Department of Justice — which assesses the applications — believes there is an “unjustifiable” risk to children.

Risking children on a ‘hope and prayer’

Under Victorian law, people on the sex offenders register and those who are being monitored for serious sex offences are already excluded from appealing against refusals to give them a working with children check.

However, people convicted of sexual crimes who do not appear on the register are not subject to the same exclusions.

Overturning the decisions are based on legal tests like whether a “reasonable person” would let their child have direct contact with the person in a working context, whether the applicant poses an “unjustifiable” risk to children, and whether a check is in the public interest.

VCAT also considers how serious the crime was, how long it has been since the offence and how it relates to child work.

Ms Johnston said the standard did not meet community expectations.

“There is no way in the world that my children, or my grandchildren now, will ever be with anyone who’s been convicted of any sex offence,” she said.

“I just wouldn’t want to risk a child’s whole future on … a hope and a prayer that maybe this person would never do it again. I’d rather not let them have any access, unsupervised, with a child.”

Ms Johnston is calling for child sex criminals to be banned from ever being able to hold working with children checks.

“As an adult convicted of a sexual offence against a child, that’s it. You don’t get access to children anymore. You certainly don’t get a working with children check and the state’s blessing.”

“We understand there is community concern around some of these matters and that’s why work is continuing on developing national standards, including with respect to appeals.

“We want to do everything we can to keep children safe and we’ll continue to look at ways to strengthen the working with children check scheme.”

‘There are checks and balances’

On the day he exercised his right to appeal the decision against him, the man who preyed on George Fletcher brought three character witnesses, including his wife of over 40 years.

The tribunal heard how he had since become a father and grandfather, and that in the 50 years since he was convicted by a court of abusing Mr Fletcher in the back of a car, there had been no complaint against him.

In fact, VCAT heard how he sustained a stable career that involved regular interaction with children. The ABC is not allowed to name him for legal reasons.

His abuser was seeking a working with children check to attend school events with his grandchildren, which was not opposed by the Department of Justice.

“His written statement attests to the abhorrence with which he now views his offending, and his appreciation of the impact of his offending on the victim,” wrote VCAT’s deputy president, Mark Dwyer, in his decision overturning the refusal.

Gideon Boas, a barrister and professor from the La Trobe Law School who has acted for people on both sides of the argument, believes the system is sound.

He said the Department of Justice had the power to appeal decisions in the Supreme Court, which it used.

“There are checks and balances,” Professor Boas said.

“If a person is a genuine risk then it’s more or less inconceivable they will be granted a check.”

The Department of Justice would not say how many VCAT decisions it had challenged at the Supreme Court.

Professor Boas said decisions were made on a case-by-case basis, and serious consideration was given to the concerns of victims and potential victims.

“I think it’s fair to say that the regulatory structure and the way in which it’s enforced in Victoria is fairly sound and the working with children check regime is extremely extensive,” Professor Boas said.

“I think the gap between community expectation on the one hand and the way the legal system is administering the law is vastly overstated.”

Calls for restrictions on appeals

Australia’s many systems for working with children checks have been described as “inconsistent”, “complex” and a “failure” by the Royal Commission into Institutional Responses to Child Sexual Abuse.

The commission said the schemes, and the laws underpinning them, were difficult to understand and apply, and had loopholes that could be exploited.

“This is a significant failure by a government which must be rectified,” the commission’s chair, Justice Peter McClellan, said in a speech in Sydney in 2015.

“A national framework for working with children checks is long overdue. Its absence is a blight upon the communities’ efforts to provide effectively for the protection of children.”

The royal commission has called for tighter restrictions on appeal rights for people convicted of crimes such as child murder, child sex, child pornography offences or incest.

A spokeswoman for VCAT said the potential risk to children was foremost in the tribunal’s mind when it made decisions on working with children checks.

“Whether the requirements in the legislation meet community expectations is a matter for the law makers — the Victorian Government and Parliament,” she said.

“VCAT’s role is to apply the law made by the Victorian Government.

“All parties to proceedings have an interest in certainty and finality, as it enables the people involved to get on with their lives.

“It is a question for the law-makers whether they consider appropriate avenues of appeal are set out in the law that governs our operations.”

A spokeswoman from the Department of Justice said it was up to VCAT to determine the merits of an appeal to a working with children check refusal.

“The Department of Justice and Regulation considers a range of factors when determining whether to appeal a VCAT decision,” she said.

“VCAT decisions can only be appealed at the Supreme Court of Victoria on a question of law.”