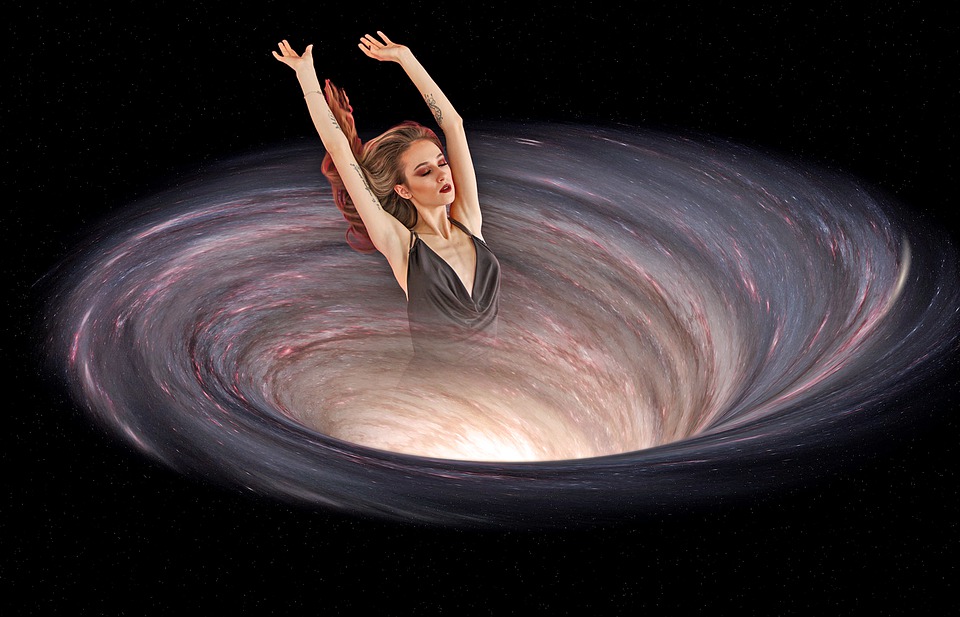 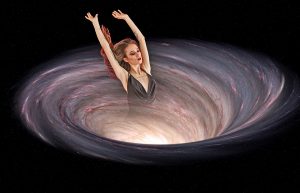 My friend Charlie sells a painting to the Gregorian Museum out on Galactic Park.

They hang his painting in one of the upstairs rooms for a week, and then trouble starts. Charlie gets a phone call in the middle of the night from the director. Charlie can’t believe his ears. He rushes over to the museum.

Upstairs, the director is in his pajamas pacing back and forth. Charlie goes up to his painting, looks at it for a few minutes and sees it.

People have walked into the painting and taken up residence there.

Law suits, the director says. Their families could take us to the cleaners.

When Charlie calls out to the people inside his painting, they don’t hear him. They don’t seem to be able to get out. At least no one’s trying.

What do you want me to do? Charlie says.

Get them the hell out of there, the director says. Pick up the picture and shake it if you have to. Turn it upside down. I don’t care.

Charlie doesn’t think this is a good idea. Somebody could get hurt.

So for the next few hours, he sits in front of his painting, drinks coffee, and tries to talk to the people inside.

No dice. Even when he yells, they don’t notice him.

By this time, the chairman of the museum board has shown up. He’s agitated. He’s yabbering about containing the situation.

Charlie asks him how he proposes to do that.

Blanket denial, the chairman says. Pretty soon, the cops are going to link these disappearances to the museum—but then we just throw up our hands and claim we know nothing about it.

A lot of good that’ll do, the director says. Even if we wiggle out of the law suits, our reputation will be damaged. People won’t want to come here. They’ll be afraid somebody will snatch them.

Okay, the chairman says, we’ll shut down for repairs. New construction. That’ll buy us a few weeks and we can figure out something. We’ll say the building needs an earthquake retrofit. Not a big one. Just some shoring up.

…So that’s what happened. They closed the museum and hoped for the best.

Charlie was upset. If word got out, how could he ever sell another painting? His agent told him he was nuts. He’d become the most famous person in the world, and people would be lining up trying to get inside his pictures. You’ll be a phenomenon, he said.

Yeah, Charlie said, until some loon tries to take me out.

A week later, while Charlie and I were having breakfast at a little cafe over by the river, he told me the people inside his painting were building yurts. They were digging a well.

What are they eating, I asked him.

Beats me, he said. But they don’t seem worried. They look okay.

But they can’t get out, he said. At least they don’t want to. They’re settling down in there!

I asked him the obvious question about shrinkage.

I know, he said. They’re a hell of a lot smaller. But no one’s complaining, as far as I can tell.

He looked at me like he was going to kill me, so I let it drop.

Okay, I said. Here’s what you need to do. Go over there and add something to the painting.

Paint on the painting. See what happens.

Sure, he said, and drive them into psychosis. Who knows what effect it would have?

Paint a nice little country road that leads them right out into the museum. They’ll see it, they’ll walk on it.

No, he said. Don’t you get it? They’ve already taken things a step further. They’re not just living in my landscape. That was the initial draw. They’re building their own stuff in there. They’re…poaching!

Then there’s only one thing you can do, I said.

I leaned across the table and whispered in his ear. He listened, then jumped back.

…So Charlie went upstairs in the museum and cleared everybody out. He unpacked the little suitcase he’d brought and set up a player and a speaker. He shoved in a disc and turned on the music. Some sort of chanting. A chorus.

He took out a change of clothes from the suitcase and put on a long robe and a crazy hat. He eventually showed it to me. It was from a costume party he’d had at his house. Tall red silk hat with tassels hanging from it.

He stood in front of the painting and said:

HELLO, INHABITANTS. I AM CHARLIE. I’M YOUR CREATOR. YOU’RE LIVING IN MY WORLD, THE WORLD I MADE.

They all looked toward the sound of his voice.

THAT’S RIGHT, he said. I’M RIGHT HERE. THIS IS A REVELATION. I DON’T DO MANY OF THESE SO LISTEN UP. I AM YOUR CREATOR, YOUR GOD. DO YOU UNDERSTAND?

All 30 or so of them were now gathered together, outside one of the half-finished yurts.

They were nodding and saying yes.

GOOD. WE NEED TO GET A FEW THINGS STRAIGHT. YOU DIDN’T OBTAIN MY PERMISSION TO ENTER MY WORLD. SO YOU’RE GOING TO HAVE TO COME OUT SO WE CAN DISCUSS DETAILS. MY WORD IS LAW. UNDERSTAND? STOP THE BUILDING. STOP THE DIGGING. WALK TOWARD ME. WALK TOWARD THE SOUND OF MY VOICE.

They hesitated, looked at each other, and started to walk toward Charlie.

This was apparently quite a perk, so they walked faster. They broke into a trot.

Finally, they emerged from the painting and, Charlie said, they swelled back to normal size right away. It was quite a thing to see, like balloons blowing up—and then there they were, all around me, in the museum. First thing, I took the painting off the wall and laid it on the floor, face down. Enough of that stuff.

Charlie told them who he was, the painter. It took a few hours of intense conversation before they understood and accepted the situation. All in all, they seemed sad.

What were you going to do, he asked them. Live in there forever? Couldn’t you see how to get out?

We didn’t want to get out, one of the men said. We liked it in there.

And that was pretty much that, except for the signing of waivers and non-disclosure agreements with the museum. For which the people were granted lifetime platinum memberships and some vouchers and coupons for the museum store and restaurant.

Charlie went into a funk. He didn’t go into his studio for a few months.

One night, I dropped over to his house with a bottle of bourbon and we had a few drinks out on his porch.

You know, I said, you can start a church if you want to. I know a guy who writes fake scriptures and peddles them. He’s good.

You really do want me to kill you, he said.

We drank in silence for a while.

I told him: those people with their wells and yurts? Sooner or later, they’re going to hypnotize themselves and fall for another strange deal. Nobody’s going to stop them.

Charlie looked grim. They liked living in my picture. It wasn’t a problem for them. I took them out. I conned them.

Well, I said, if that’s the case, and there’s nothing wrong with them, they’ll find another painting. See? Someday, you’ll read about a bunch of people disappearing, and that’ll be what it is.

A week later, he got back to work.

Universes. Some weird things happen in that area.

I started to write a Charlie a note. It began: Maybe all universes are just like your painting. But I stopped. Charlie wouldn’t react well to that.