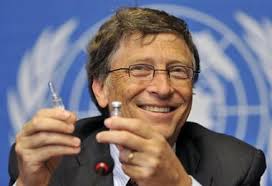 The recent outbreak of Zika virus in Brazil is now being linked to genetically modified mosquitoes developed by the British biotech company Oxitec, which is funded by the Bill and Melinda Gates Foundation.

The Aedes mosquito is the world’s most dominant variety of mosquito, and the only two countries in the Americas that don’t have this mosquito are Chile and Canada. The Zika virus, which has been detected in 18 of the 26 states in Brazil, is transmitted by the Aedes mosquito.

While the Brazilian government rushes to blame the Zika virus for this huge rise in abnormal birth defects, the facts remain clear. Only a small number of babies with birth defects, who died, had the virus in their brain. This means a large number of the babies who died had no Zika virus in their brain. Hard to blame Zika then, which has been around since before 1948 and has never been known to cause birth defects. In fact, Zika makes only one in five people get “mildly” sick with flu-like symptoms, with no symptoms at all in 4 out of 5 people. So why are they quick to blame a generally benign Zika virus?

In late 2014, the Brazilian minister of health announced that a new Tdap shot would be mandatory for all

expectant mothers starting in 2015. Records now show that all mothers with birth defect babies received this newly formulated vaccine while pregnant. The timeliness of the Tdap vaccine and the rise in birth defects is more than just a little coincidental. The consequences of this untested vaccine is what is being swept under the rug. Which brings us once again to Bill Gates, the King of Eugenics and Vaccines.

In 2015 the Vanderbilt Vaccine Research Program, received a $307,000 grant from the Bill & Melinda Gates Foundation to study the immune responses of pregnant women who receive the Tdap (reduced-dose acellular pertussis vaccines combined with tetanus and diphtheria toxoids) vaccine. One cannot find the raw results.

In 2011, the Center for Disease Control (CDC) issued a recommendation that pregnant women receive the Tdap shot at 20 weeks gestation. Tdap combines the Tetanus, Diphtheria, and Pertussis (whooping-cough) vaccines into a single jab. The Tdap shot has never been proven safe for use during pregnancy. In fact, Tdap is classified by the FDA as a Class C drug indicating it is NOT A SAFE CHOICE during pregnancy.

FACT: Drug companies did not test the safety and effectiveness of giving influenza or Tdap vaccine to pregnant women before the vaccines were licensed in the U.S. and there is almost no data on inflammatory or other biological responses to these vaccines that could affect pregnancy and birth outcomes. There are ingredients in influenza and pertussis containing Tdap vaccines that have not been fully evaluated for potential genotoxic or other adverse effects on the human fetus developing in the womb that may negatively affect health after birth, including aluminum adjuvants, mercury containing (Thimerosal) preservatives and many more bioactive and potentially toxic ingredients.

Is it any wonder there was a rush to place the birth defect epidemic blame elsewhere? The fact that Brazil subjected its pregnant women to such a mandatory untested vaccine is genocidal, and now they know it. They bought the kool-aid without doing the precautionary research. Or perhaps they received enough money to look the other way. Consequently, the United States is now pushing to develop a vaccine for the Zika virus. Haven’t we been down this road before with mainstream media’s Ebola scares and the predictable rush to capitalize on a lucrative vaccine for all those in fear for their life (which they already had waiting in the wings)?

To make matters worse, Brazil says they will mobilize 220,000 soldiers to fight the Zika virus. Soldiers are being ordered to go door-to-door to spray insecticides in neighborhoods to help kill mosquitoes. Toxic insecticide spraying around pregnant women and children? Are they insane? To compound the insanity further… The government says it will distribute mosquito repellent to some 400,000 pregnant women who receive cash-transfer benefits. Officials in El Salvador, Colombia and Brazil have also suggested women stop getting pregnant until the crisis has passed. Now, there’s a definite win for Bill Gates’ population control agenda. Just scare people into avoiding sex and getting pregnant. In fact, recently they suggested that the Zika virus “might be” a sexually transmitted disease, just because it was found in one man’s semen who had the Zika virus. They can try to plant the seeds of deadly fear once again, but don’t you believe a word of such nonsense.

Pressure is building on the World Health Organization to declare Zika an emergency of international concern. Under the International Health Regulations, Director General Dr. Margaret Chan can establish an emergency committee, which can green light global vaccination campaigns with experimental vaccines. Are you getting the picture?

There’s more to this story… Now, scientists in Brazil are studying genetic sequences of mosquitoes

allegedly transmitting the Zika virus and other diseases to see whether changes have occurred that could have generated mutant mosquitoes. The mosquito Gates released was likely to be a long-term dream of his he had for forced birth control and forced vaccinations, which he has been working on since 2003.

In the forced vaccination scenario, the mosquitoes are genetically programmed to produce the “vaccine” permanently once released into the environment, so they would not have to release new mosquitoes EVER again. Their effects would simply become part of nature.

This means that at some time in your life you and everyone else is bound to be bitten by a mosquito created by Bill Gates. God help us all!

Dr. Kathy Forti is a clinical psychologist, inventor of the Trinfinity8 technology, and author of the book, Fractals of God

Is the dreaded Zika virus another giant scam?

4 thoughts on “Zika Virus: What They Are Not Telling You”