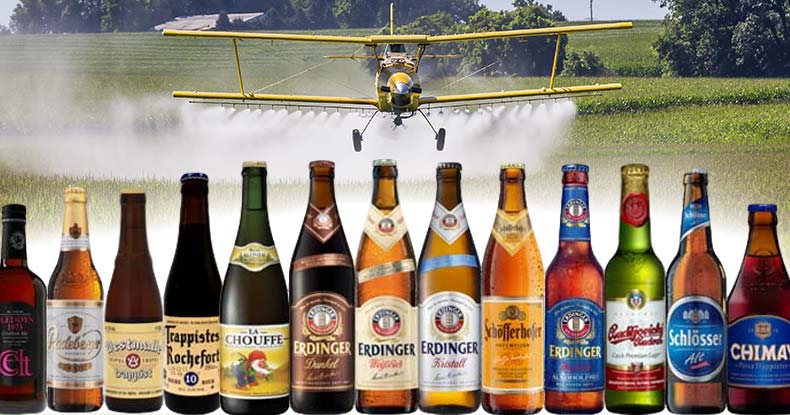 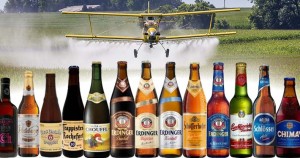 Biochemical giant Monsanto has found itself under increased scrutiny after the World Health Organization recently announced that glyphosate is likely carcinogenic to humans.

Also, in the US, California recently labelled Monsanto’s Roundup — as known to cause cancer. Under the Safe Drinking Water and Toxic Enforcement Act of 1986, chemicals that cause cancer, birth defects, or other reproductive harm are required to be listed and published by the state.

The slew of studies showing the adverse health effects of Roundup on laboratory animals as well as humans are overwhelmingly ominous which makes news of the chemical being found in high quantities in beer that much more worrisome.

After dumping 2.6 billion pounds of this known carcinogen on the US for the past two decades, the problem has gotten so out of hand that the FDA has announced that they will begin testing certain foods for traces of glyphosate.

The Environmental Institute in Munich, Germany, however, has taken it upon themselves to test for glyphosate and recently published a study on their results.

In the study, the institute tested 14 of the best selling beers in Germany and found that all of them contained traces of glyphosate.

However, that was extremely low compared to the 29.74 micrograms per liter in the Hasseröder brewery in Saxony-Anhalt.

Naturally, the Brauer-Bund beer association has come out swinging attempting to smear the study and downplay the health risks.

“An adult would have to drink around 1,000 liters (264 U.S. gallons) of beer a day to ingest enough quantities to be harmful for health,” it said in a statement.

However, that amount is based on a single dose. The harmful effects of long-term exposure through the ingestion of small amounts over time are only beginning to be realized.

It’s not because of unresearched public pressure that the WHO classified glyphosate as potentially carcinogenic. However, in spite of their move, Monsanto challenges the WHO’s position and says that earlier studies by the US Environmental Protection Agency found their herbicide to be safe.

The idea that Monsanto is referencing the EPA’s findings is laughable as Monsanto, and the EPA are but a revolving door for each other.

What’s more is the fact that since the 1990’s Germany has limited the amount of glyphosate in the country. Nowhere near the quantity of glyphosate that is sprayed in the US is sprayed in Germany which makes one wonder just how much of the potentially carcinogenic chemical is in American brews.