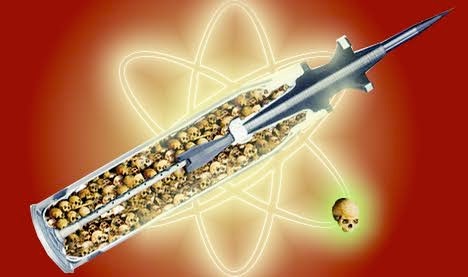 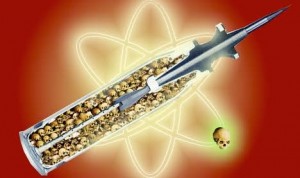 Vaccine damage happens to those who decided to vaccinate.

They have been left bewildered and often angry that they are not being listened to when their child has suffered a serious adverse reaction. Parents know instinctively when their child exhibits sudden behavioural changes and/or illness developing within minutes or hours after a vaccine is administered. Too often these parents rational concerns are dismissed or explained away as coincidental, leaving them to feel betrayed as they continue to be bombarded with the marketing that vaccines are safe and side effects are mild and rare.

In Australia, even if a vaccine injury is verbally acknowledged as being attributed to a vaccine, it is not mandatory that it be documented or reported for further investigation. Anyone can report a suspected or confirmed vaccine injury via the TGA site (see right).

For nearly 10 years there have been calls to establish a no-fault vaccine injury compensation scheme within Australia. At this time no such scheme exists in Australia. The World Health Organisation describes current schemes throughout the world. Read more…

At nine months old, Valentino Bocca was as bright as a button. In a favourite family photo, taken by his father, the baby boy wriggles in his mother’s arms and laughs for the camera. His parents look at the precious picture often these days. It is a reminder of their only son before they took him on a sunny morning to the local public health clinic for a routine childhood vaccination. Valentino was never the same child after the jab in his arm. He developed autism and, in a landmark judgment, a judge has ruled that his devastating disability was provoked by the inoculation against measles, mumps and rubella (MMR).

The judgment in a provincial Italian court challenges the settled view of the majority of the medical profession — and could have profound implications in Britain and across the world. Read more…

While jurisdictions throughout the Western world continue to promote the HPV vaccine, the Japanese government has pulled its support of the controversial drug and sent formal notifications to local health officials saying that it should not be administered until safety concerns are investigated.

Japan acted on a report by Japanese internist and cardiologist, Dr. Sataro Sato, who revealed that since the vaccine was introduced in 2010, almost 2,000 adverse events were reported to the country’s Vaccine Adverse Reactions Review Committee, including 358 cases that were evaluated as serious. Dr. Sato wrote that the manufacturers of Gardasil and Cervarix state in their own documentation that their vaccines may cause seizures and/or brain damage.

“Much the same as in the US, UK, Australia and other countries, Japanese obstetricians and gynecologists advocated HPV vaccines as a highly effective method of preventing uterine cervical cancer,” Dr. Sato stated. “HPV vaccination programs began in 2010 under a recommendation made by the Japanese Ministry of Health, Labor and Welfare (JMHLW) to administer HPV vaccines to girls from 11 to 14 years old.”

Dr. Sato’s report notes that parents of vaccine victims began calling the country’s health minister and furnishing videos in which girls who had received the HPV vaccine suffered from walking disturbances, body tics and seizures. In other cases girls injected with the vaccine lost consciousness and fell to the floor, suffering head or face injuries.

“In the early period of the HPV vaccination program, many girls who were injected with the vaccine fell down to the floor within several minutes injuring their heads or faces. Some girls fractured their jaws and teeth,” Dr. Sato wrote.

As evidence of serious adverse reactions to the drugs – such as seizures, blindness, paralysis, speech problems, pancreatitis, Guillain-Barré Syndrome, and death – began to mount, a national organization, the Nationwide Liaison Association of Cervical Cancer Vaccine Victims and Parents was formed to stop the distribution of the drugs to the children of unsuspecting families. One of the case reports that Dr. Sato attributes to reaction to the HPV vaccine was that of a junior high school girl who, on the 6th day after injection, suffered cardiac and pulmonary arrest after running a relay in training for a sports festival at school. The girl had no record of previous illness.

“CPR was successful by ambulance team at school and by doctors in a hospital. But severe brain damage occurred. She went on to an artificial respirator for one week,” Dr. Sato reported.

Dr. Sato concluded that the negative health effects of Gardasil and Cervarix are serious and that long-term consequences are not well understood, noting that, “vaccine manufacturers have an obligation of post-licensure vigilance.”

In 2008, the Washington-based public interest group Judicial Watch reported that it obtained more than 8,000 reports from the US Food and Drug Administration, under the US Freedom of Information law, of adverse events in girls and young women after they were injected with Gardasil. The reports reveal everything from massive wart outbreaks to seizures, paralysis and deaths, with 28 deaths associated with Gardasil in 2008 alone.

“The FDA is supposed to be a guardian of public health, and yet the agency continues to turn a blind eye to what seems to be an extremely serious public health problem. The public relations push for Gardasil by Merck, politicians and public health officials needs to pause so that these adverse reactions can be further studied,” said Judicial Watch President Tom Fitton. “The already serious problems associated with Gardasil seem to be getting worse. No one should require this vaccine for young children.”

Gwen Landolt, national vice-president of REAL Women of Canada, commented on the lack of proper testing before Gardasil was pushed through the approval process in Canada.

“The long-term consequences of Gardasil are not known,” Landolt said. “The manufacturer admits this and agrees it does not know its effect on young girls’ cancer risk, on their immune system, on their reproductive system, or its genetic effects. In due course, we will know this, possibly in twenty or thirty years from now when these young girls, the innocent subjects of the Gardasil experiment, have become grown women and then report the consequences of their having taken the medication in their childhood on medical advice.”

“It could well be that the vaccine may not do a thing to protect anyone from cervical cancer, regardless of the claims being made by Merck Pharmaceutical,” Judicial Watch concluded. “What the vaccine is causing is death and immense suffering among those who have been vaccinated.” Read article…

Physicians and public health officials know that recently vaccinated individuals can spread disease and that contact with the immunocompromised can be especially dangerous. For example, the Johns Hopkins Patient Guide warns the immunocompromised to “Avoid contact with children who are recently vaccinated,” and to “Tell friends and family who are sick, or have recently had a live vaccine (such as chicken pox, measles, rubella, intranasal influenza, polio or smallpox) not to visit.”

A statement on the website of St. Jude’s Hospital warns parents not to allow people to visit children undergoing cancer treatment if they have received oral polio or smallpox vaccines within four weeks, have received the nasal flu vaccine within one week, or have rashes after receiving the chickenpox vaccine or MMR (measles, mumps, rubella) vaccine.

“The public health community is blaming unvaccinated children for the outbreak of measles at Disneyland, but the illnesses could just as easily have occurred due to contact with a recently vaccinated individual,” says Sally Fallon Morell, president of the Weston A. Price Foundation. The Foundation promotes a healthy diet, non-toxic lifestyle and freedom of medical choice for parents and their children. “Evidence indicates that recently vaccinated individuals should be quarantined in order to protect the public.”

Scientific evidence demonstrates that individuals vaccinated with live virus vaccines such as MMR (measles, mumps and rubella), rotavirus, chicken pox, shingles and influenza can shed the virus for many weeks or months afterwards and infect the vaccinated and unvaccinated alike. Furthermore, vaccine recipients can carry diseases in the back of their throat and infect others while displaying no symptoms of a disease.

Both unvaccinated and vaccinated individuals are at risk from exposure to those recently vaccinated. Vaccine failure is widespread; vaccine-induced immunity is not permanent and recent outbreaks of diseases such as whooping cough, mumps and measles have occurred in fully vaccinated populations. Flu vaccine recipients become more susceptible to future infection after repeated vaccination.

Adults have contracted polio from recently vaccinated infants. A father from Staten Island ended up in a wheel chair after contracting polio while changing his daughter’s diaper. He received a 22.5 million dollar award in 2009.

“Vaccine failure and failure to acknowledge that live virus vaccines can spread disease have resulted in an increase in outbreaks of infectious disease in both vaccinated and unvaccinated individuals,” says Leslie Manookian, producer of The Greater Good. “CDC should instruct physicians who administer vaccinations to inform their patients about the risks posed to others by those who’ve been recently vaccinated.”