In 1988 NSW Premier, Barry Unsworth said, It will take a massacre in Tasmania before we will be able to introduce gun laws. In March 1996 , less than a month before the massacre at Port Arthur, “the Gun Coalition’s Tasmanian coordinator Mr. Rowland Brown, wrote to the Hobart Mercury newspaper warning of a Dunblane-style massacre in Tasmania unless the gun laws were changed” (SOURCE: The Australian Newspaper, 29 th April 1996).

A senator has refused to comment about allegations he had prior knowledge of the Port Arthur massacre in 1996 when 35 innocent people were killed in a precision shooting operation.

Another 23 men, women and children were wounded by a trained and methodical gunman with long blond hair.

Revelations by Austrian-based author and researcher, Keith Noble, that Senator Stephen Parry had prior knowledge of the shootings, have not been refuted.

Parry at the time was a qualified embalmer and a former member of Tasmania Police who led a team of embalmers which handled the bodies in 1996.

An Australian, Mr Noble is leading a campaign to free accused shooter Martin Bryant from Risdon Gaol in Tasmania. 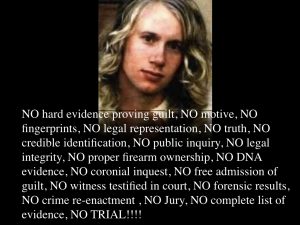 In his 16 page, disturbing 1997 paper, Senator Parry stated in the following passage :

“I was particularly impressed by the quick response and initiatives by some of the team members in packaging and collecting equipment.

The response time and the amount of equipment quickly relocated was fantastic. One firm in particular, Nelson Brothers, had organised for an embalming machine box and a special large equipment case to be manufactured ready for the incident. These two containers were the envy of all embalmers and worked extremely well.

I would suggest that design specifications may be available from this firm for any future considerations by other firms.” (highlighted by CN)

Parry reveals the funeral services company of Nelson Brothers in Melbourne, Victoria, had undertaken preparations prior to the shooting. 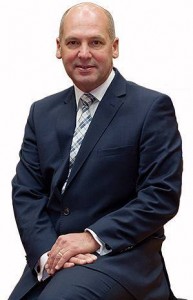 “Parry was born on 31 October 1960 in Burnie, Tasmania, to William Stephen Parry and Patricia Dawn Evans. He was educated at Burnie’s Marist Regional College after which he enrolled at the Tasmanian Police Academy in Hobart.

Parry was employed as an officer with the Tasmanian Police from 1977 to 1986, and was promoted to Detective in 1983. After leaving the police force, he completed a certificate in Mortuary Science at the Australian College of Funeral Service, and was a funeral director from 1986 to 2004, becoming president of the Australian Funeral Directors Association. Parry was also president of the Burnie Chamber of Commerce and Industry from 2000 to 2004, and a director of the Tasmanian Chamber of Commerce and Industry from 2000 to 2005.”

In 2004, Parry was elected to the Australian Senate for the State of Tasmania as a member of the Liberal Party.

Senator Parry was eminently qualified to lead the embalming team and as such his published comments would have to be accurate.

On February 26 he was emailed a ‘Show Cause’ notice by Keith Noble who accused the Senate Leader of having prior knowledge of the tragedy.

As of going to print Mr Noble says he has had no acknowledgement or reply from senator Parry.

Cairns News emailed senator Parry’s office with a copy of the notice but he had not responded at the time of going to print.

In furthering his moves to get Bryant out of gaol, Mr Noble told Cairns News there is an abundance of available evidence that the Tasmania Police refuse to acknowledge, clearly indicating Bryant is innocent.

“There was no trial, no coronial inquest, no public enquiry, no royal commission,” Mr Noble said.

“The story pushed by authorities that a trial would have been upsetting is the way the State has kept its crimes concealed from the public.

“John Howard was the worst Prime Minister Australia has ever had, and he encouraged the Liberal Party in Tasmania not to give innocent Martin a trial. 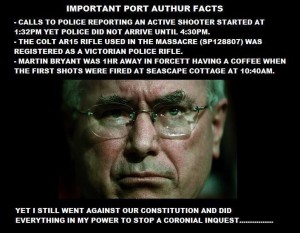 “Howard, who is also a qualified lawyer, spoke out to have Martin denied his legal rights and he never had proper legal representation and was kept in isolation for over six months.

“His lawyer at the time John Avery, who was convicted in 2008 for misappropriating and stealing $512,000, forced Martin to change his not guilty plea.

“He is another person who played the game after the official incident at Port Arthur. This is the depth to which the legal system in Tasmania has been taken over by corrupt lawyers, which includes that other pair of mongrels who wrongly prosecuted and convicted innocent Martin, Damian Bugg and William Cox.”

Mr Noble said the incident at Port Arthur was a premeditated, planned, and professionally perpetrated act of psycho-terror undertaken by the State to coerce the public into accepting firearm legislation.

“Martin Bryant is the patsy,” he said. 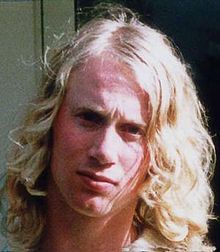 Episode 1, “Justice” In The Lucky Country – The Port Arthur Massacre