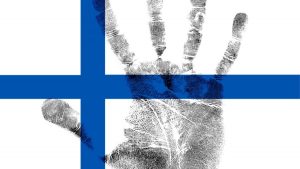 An investigation into Finland’s police data by the country’s police academy, shows that 131 Finnish citizens became victims of sex crimes committed by asylum seekers in the year 2016.

A total of 1052 asylum seekers were suspected of crimes in 2016 and virtually all were men, who together represented 29 nations. Two thirds were Iraqis and the age of the suspects was evenly distributed.

Finnish women were victims in 8 out of 10 cases committed by mostly Muslim asylum seekers: 108 out of 116 suspects of sexual offenses came from Islamic countries like Iraq (83), Afghanistan (14) or Morocco (6).

Almost half of sexual offenses were committed against Finnish girls under the age of 18 of which some were seeking men to access tobacco and drugs, the study says.

Among the sexual offenses that asylum seekers were suspected of rape is the most common, with 32% of the reports. Almost one in 7 cases, or 16%, were about was gang rape and another 16% of the reports were for sexual harassment.

3 out of 5 sexual assault with asylum seekers as suspected offenders occurred in public places, 1 in 5 in private homes, 1 in 10 at refugee centres and 1 in 4 in unknown places.

The police academy’s investigation of migrant crime is the first of its kind in Finland. Only serious crimes and not violations of Finland’s asylum rules were incorporated into the study.