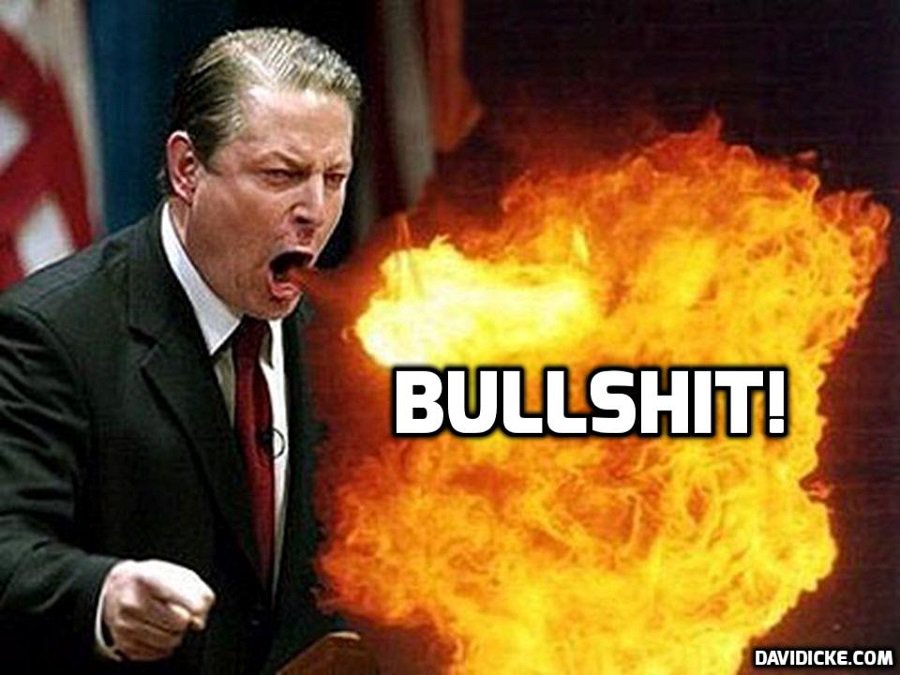 “There is a 75% chance that the entire North Polar ice cap during . . . some of the summer months could be completely ice-free within the next five to seven years.”

Not only has the North Pole or Arctic ice cap not melted, the figure below, from the National Snow and Ice Data Center, shows that the Arctic sea ice extent for May 2019 was a massive 4.70 million square miles (12.16 million sq. km.). The magenta line shows the 1981 to 2010 average sea ice extent for the month of May, which, as you can see for yourself, shows that Arctic sea ice has not diminished since 1981.

As described by the Climate Reality Project:

Climate Reality’s 41st training will explore the climate challenges and opportunities relevant to Queensland specifically and the Asia-Pacific region generally. Led by former US Vice President and Climate Reality Chairman Al Gore, the training will include appearances from elected officials, business leaders, communications experts and top scientists, who will give attendees the skills and knowledge to address the climate crisis and seek fair solutions with their communities. As part of the training, participants will also learn how to give the presentation made famous by [Al Gore’s] Oscar-winning film An Inconvenient Truth and seen in the 2017 follow-up film An Inconvenient Sequel: Truth to Power.

“From dangerous heat waves and storms to the threatened loss of crop yields and the Great Barrier Reef, few places in the world have seen the impacts of the climate crisis more than Australia and the Asia-Pacific,” said Al Gore. “However, in the face of these impacts, Australia, New Zealand, and Pacific Island nations have a tremendous opportunity to champion solutions for a low-carbon, sustainable future, and have the tools needed to transition to a clean energy economy. These nations and their diverse coalitions fighting for a better future represent the hope that we can and will make the changes needed to solve the climate crisis.”

One thought on “Al Gore, who predicted North Pole would be ice-free by 2016, was paid $320,000 by Australian government to conduct ‘climate training’”