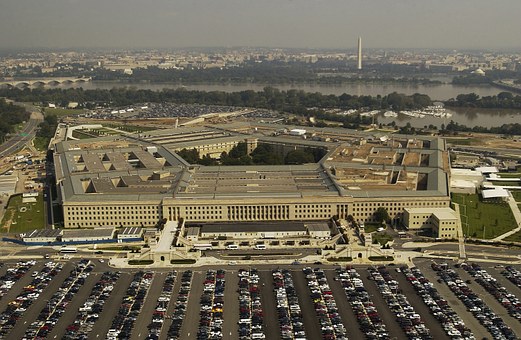 Amazon is on its way to becoming one of the U.S. military’s biggest security giants, with a pending $10bn JEDI cloud computing deal that the company could win, MIT Technology Review reported.

In August the Pentagon halted the controversial contract deal, known as Joint Enterprise Defense Infrastructure (JEDI), an initiative to “aggressively accelerate the Department’s adoption of cloud architecture and services, with a focus on commercial solutions.”

The deal was stopped and is now under investigation by Secretary of Defense Mark Esper to audit the process which caused complaints form other tech companies like Microsoft.  U.S. President Donald Trump has publicly criticized Amazon CEO Jeff Bezos in the past and announced in July that he wanted a review of the contract, citing “tremendous complaints” from competing companies.

Further, the Office of the Inspector General is investigating possible conflicts of interest, the acquisition process and requirements, according to Dwrena Allen, a spokeswoman for the watchdog office, Fed Scoop reported.

The office has “assembled a multidisciplinary team of auditors, investigators, and attorneys” to review “the DoD’s handling of the JEDI cloud acquisition, including the development of requirements and the request for proposal process,” Allen told Fed Scoop in an emailed statement. “In addition, we are investigating whether current or former DoD officials committed misconduct relating to the JEDI acquisition, such as whether any had any conflicts of interest related to their involvement in the acquisition process.”

Microsoft and Amazon are now the two finalists in the running for the contract, leaving many of the others in the dust due to their technological abilities and security outmatching the competition to build the U.S. military its first “war cloud” computing system. Both companies beat out Oracle and IBM who were eliminated at an earlier round of the contract competition.

This “war cloud” would eventually replace the military’s current internet structure, which sources indicate uses a software hard fork of the Navy created TOR (The Onion Router) network to communicate. The program aims to move about 80% of all Department of Defense (DoD) data into the cloud according to Federalist News Network.

If Amazon does receive the Pentagon’s lucrative $10 billion cloud computing development contract, the move would solidify the tech giant’s role in the development of national security technology for the military. Which should scare the living shit out of every one, considering Amazon’s recent move into helping local and federal law enforcement as well, with its Facial Rekognition and Ring technology — a perfect storm of privacy threats according to the EFF.

Already, Amazon’s Web Services division (AWS), which generated a massive $25 billion in revenue during 2018, provides an array of cloud computing services to the U.S. intelligence community. Existing AWS services allow for streamlined data transfer, automated compliance systems, and data-sharing platforms. Further, the same division of Amazon has a pre-existing $600 million dollar contract with the Central Intelligence Agency, (CIA) for its own cloud services.

“From day one, we’ve competed for JEDI on the breadth and depth of our services and their corresponding security and operational performance,” an AWS spokesperson told MIT Technology Review.

It is not known when the Defense Department will decide whether Amazon or Microsoft have won the JEDI contract. However, Oracle sued the government in the U.S. Court of Federal Claims alleging that Amazon executives and the Pentagon have conflicts of interest, and even stated that the company hired the man who worked on the research for the contract, former DOD official Deap Ubhi.

Ubhi left the department in 2017 to take a job at Amazon. In a court suit, Oracle alleged that while Ubhi worked on the preliminary research for the JEDI program in the late summer and fall of 2017, he was also engaged in a secret job negotiation with Amazon for months, complete with salary discussions, offers of signing bonuses, and lucrative stock options, The Intercept reported.

If that’s not enough, Ubhi apparently previously worked for Amazon, before his time in government. He then took a job working on the Defense Department initiative aimed at collaborating with Silicon Valley to modernize the Pentagon’s information technology systems. After working as part of a four-person team to help shape the Pentagon JEDI procurement process, he left the department and returned to Amazon in November 2017.

Defense One reported that a private investigative firm had been shopping around to Washington reporters a 100-plus-page dossier raising claims of corruption between Defense Department and private company officials in the competition for the JEDI cloud contract.

A federal judge tossed out a second challenge by Oracle alleging that the bidding process was rigged in Amazon’s favor earlier in August. However, Oracle recently appealed that decision again in late August stating:

The Court of Federal Claims opinion in the JEDI bid protest describes the JEDI procurement as unlawful, notwithstanding dismissal of the protest solely on the legal technicality of Oracle’s purported lack of standing. Federal procurement laws specifically bar single award procurements such as JEDI absent satisfying specific, mandatory requirements, and the Court in its opinion clearly found DoD did not satisfy these requirements. The opinion also acknowledges that the procurement suffers from many significant conflicts of interest. These conflicts violate the law and undermine the public trust. As a threshold matter, we believe that the determination of no standing is wrong as a matter of law, and the very analysis in the opinion compels a determination that the procurement was unlawful on several grounds.  Source: TechCrunch.

Oracle was disqualified from the JEDI bid earlier this year, after federal officials said the company didn’t meet the minimum technical requirements to continue.

IBM has also protested against JEDI, arguing that the “primary flaw” is that is locks the military into a single cloud provider for 10 years.

“No business in the world would build a cloud the way JEDI would and then lock into it for a decade,” Sam Gordy, general manager of IBM U.S. Federal, wrote in a blog post. “JEDI turns its back on the preferences of Congress and the administration, is a bad use of taxpayer dollars, and was written with just one company in mind. America’s warfighters deserve better.”

Google, another Silicon Valley giant, has previously faced condemnation by 3,000-plus employees who protested its own decision to work with the U.S. military under Project Maven. Project Maven involved using artificial intelligence technology to analyze drone video footage that could potentially identify and kill human beings. You can listen to drone whistleblower Lisa Ling interviewed by Rico Brouwer of Potkaars discuss how Google created machine learning algorithms to help drones identify and track objects for the U.S. Department of Defense here.

Alphabet Inc., the parent company of Google, decided not to compete for the Pentagon contract last year, stating the project “may conflict with its corporate values.”

“Alphabet Inc.’s Google has decided not to compete for the Pentagon’s cloud-computing contract valued at as much as $10 billion, saying the project may conflict with its corporate values.”

Respect to workers who forced Google to state ethical principles.https://www.bloomberg.com/news/articles/2018-10-08/google-drops-out-of-pentagon-s-10-billion-cloud-competition …

Alphabet Inc.’s Google has decided not to compete for the Pentagon’s cloud-computing contract valued at as much as $10 billion, saying the project may conflict with its corporate values.

Google had every intention of bidding for, and possibly winning, the JEDI contract. They spent considerable resources and hours of top executive time courting military officials to do exactly this. They only dropped out due to sustained employee pressure. #TechWontBuildIt

Amazon has yet to have employees protest its involvement in the JEDI contract, but workers have previously protested Amazon working with law enforcement with its facial rekognition software. Amazon’s CEO Jeff Bezos responded to Google abandoning the DOD’s JEDI contract last year.

“One of the jobs of a senior leadership team is to make the right decision even when [it] is unpopular,” Amazon CEO Jeff Bezos said at the WIRED25 summit. “If big tech companies are going to turn their back on the DOD, then this country is going to be in trouble.”

The Pentagon has expressed its “eager to resolve the cloud computing contract as China develops their own military cloud computing system.” If Amazon is selected for the contract it will instantaneously become a giant in the U.S. military’s national security technology sector overnight. That’s a worrying fact, that should trouble everyone with Amazon getting its tentacles into military, law enforcement and federal law enforcement a boycott is certainly in order.