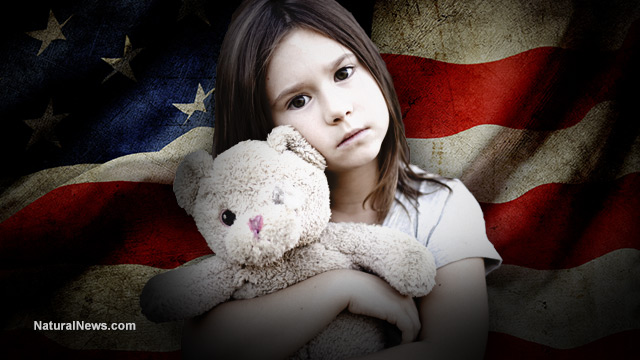 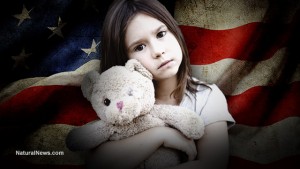 U.S. politicians like to claim that they care all about children. However, in terms of the actual policies they adopt, the reality is that political leaders aren’t really all that concerned about American kids.

This is increasingly true in local jurisdictions as more and more policies are adopted that can actually harm children and deny them basic civil rights. A recent case in Kentucky highlights this perfectly.

The Kenton County Sheriff’s office recently issued a statement in which it refused to apologize for the conduct of one of its deputies, who was caught on video handcuffing an eight-year-old boy for 15 minutes in an attempt to restrain him.

Liberty Blitzkrieg and Britain’s The Guardian newspaper reported that Sheriff Charles Korzenborn of Covington, Kentucky, a small town bordering Ohio, made a robust defense of the officer. He is seen in this video applying handcuffs to the youngster’s arms, which have been placed awkwardly behind his back.

Handcuffing a young child is now a default police tactic?

In the video, the deputy is heard telling the boy that he must ask him nicely to be let out of the restraints. The boy — identified only as SR — is unable to comply as he is crying uncontrollably from the pain caused by the cuffing. The boy reportedly suffers from ADHD and post-traumatic stress disorder, neither of which was likely helped by the cuffing.

The incident has spawned a lawsuit against the department.

In a statement issued to the Guardian [in recent days], Korzenborn responded to a lawsuit from the American Civil Liberties Union by claiming that the police officer, Kevin Sumner, had done absolutely nothing wrong. The sheriff said that his deputy had done “what he is sworn to do and in conformity with all constitutional and law enforcement standards.”

“I steadfastly stand behind Deputy Sumner, who responded to the school’s request for help,” Korzenborn continued. “Deputy Sumner is a highly respected and skilled law enforcement deputy, and is an asset to the community and those he serves.”

In the suit, which was joined by the Children’s Law Center, the ACLU accused the sheriff’s department and Sumner specifically of violating state and federal laws prohibiting the forceful restraint of children unless a child is an imminent threat to their safety or someone else’s safety.

The suit claims that because the child was restrained for so long, he likely suffered additional pain and trauma that only exacerbated his previously diagnosed conditions.

We don’t protect our children any more

It’s not just incidents like these that demonstrate how American society demonstrates disdain for its most vulnerable citizens. Consider the following:

Meanwhile, as Liberty Blitzkrieg points out, the current count of big bankers and their political puppets who have been handcuffed for abusing our financial and legal systems in the past few years happens to be zero.