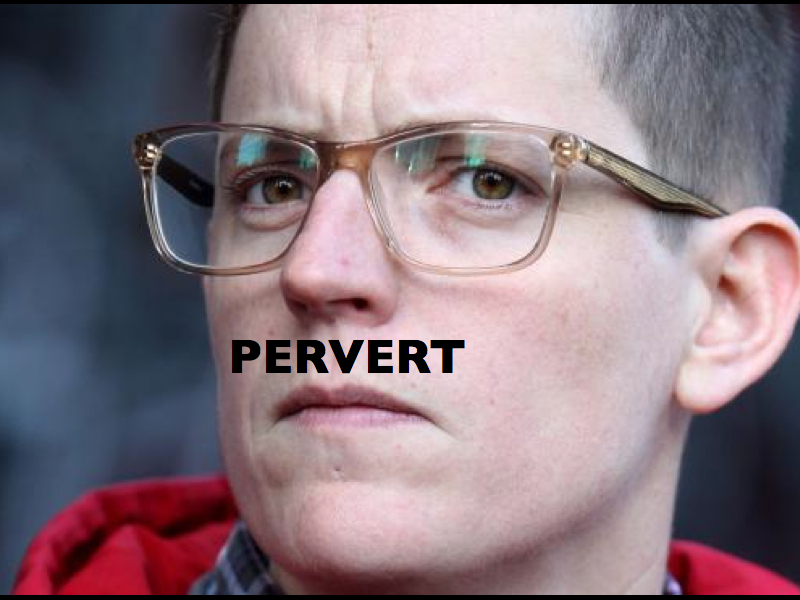 Note: The Founder Of Safe Schools, Roz Ward Needs To Be Arrested & Put Behind Bars For The Damage She Has Caused To So Many Children. This Disgusting & Sick Pervert Along With Her Pedophile Safe School Friends Need To Be Rounded Up & prosecuted to the fullest extent of the law.” Anti-Bullying Advocate, Rozz ward Harasses Bystander  Safe Schools program to be overhauled and founder Roz Ward removed

THREE years after it was launched by the Abbott government, the insidious Safe Schools program is to be axed in NSW and replaced with a real anti-bullying program.

Kudos to Rob Stokes, the only education minister in the nation honourable enough to tackle the sexual indoctrination program loathed by most parents and defended to the death by fanatical education bureaucrats.

“Bullying is a problem, whether you’re being bullied because you’re struggling with your sexuality or being fat or wearing glasses,” said an education source. “All this nonsense about gender fluidity has nothing to do with bullying.”

Funding has been allocated for a new program, expected to be ready by Term 3.

But incalculable damage already has been done by teaching children that gender and sexuality is fluid, that heterosexuality is not the norm, and that sex is arbitrarily assigned by a doctor at birth.

One consequence has been an epidemic in “transgender” children presenting to medical clinics since the advent of Safe Schools in June 2014.

Referrals for gender services to The Children’s Hospital at Westmead, have tripled. Melbourne Royal Children’s Hospital had 250 children last year presenting with “gender dysphoria”, distress experienced because you feel you were born the wrong sex.

The NSW Education Department reports a “spike” in transgender students, including a four-year old in kindergarten this year “who has identified as transgender”.

One teacher has spoken to parents who, “suddenly received a note from their 14-year-old daughter claiming that she is trans and wants to be called a new name.” But, after her parents moved her to a non-Safe School, “she is largely over the confusion now”.

Dr John Whitehall, Professor of Paediatrics at Western Sydney University, is one of the few doctors to criticise the “fashion in child surgical abuse”. (Pic: News Corp)Source:News Corp Australia

Last year a 15-year-old child known as “Lincoln” had both breasts removed at a Sydney hospital with the permission of the Family Court in order to “transition” to the male sex. Born female, Lincoln decided in September, 2014, at age 13, to begin living as a boy and was prescribed puberty-blocking hormones the next year.

One of the few doctors willing to criticise the “fashion in child surgical abuse” is Dr John Whitehall, Professor of Paediatrics at Western Sydney University, who questions the “massive intrusion into the minds and bodies of children… It’s a collective madness.”

Most transgender children will, “grow out of it through puberty if parents do little more than gently watch and wait… The worst thing that can happen is the child is adopted as a poster child for the school.”

With teachers being trained by Safe Schools to think gender is whatever you feel like, “it’s not surprising we’re seeing more kids responding to this propaganda and parents getting on board. It’s very hard for professionals to speak out.”

It’s not just politically correctness silencing doctors. The prudent “watchful waiting” method is now illegal in Victoria. The new Health Complaints Act purports to crack down on dodgy health practitioners, but was driven by a media campaign against so-called “gay conversion therapy”, which, for gender ideologues, includes not encouraging a child’s sex change.

Megan, who works at a clinic in Sydney with young people, aged from 12 to early 20s, who have asked for referrals for sex changes, says: “Often, especially with females, there’s child abuse in their background, a lot of mental health issues and challenges. The system I work in does push that process. You’re not able to say this is a psychological issue. There’s this push to refer them out and get them processed to [send them to] Westmead children’s hospital and into that [sex change] process.”

It is a catastrophe for families.

One father, Gus, tells of “the most terrifying day of my life”, when he picked up his 16-year-old daughter from school, and “she didn’t know where she was, she wasn’t the full quid, she was just really confused… We went to the doctor [and] just out of the blue she said she was a boy in a girl’s body.”

It turned out “she was going through a psychotic episode. She was in hospital for two months… She’s just a normal girl now … It was all purely a mental health issue.”

He is angry “vulnerable people like my daughter are taken advantage of [to] go down a totally different track to where she’s ended up.”

The Turnbull government has promised not to continue Safe Schools once the original funding runs out June 30. But, despite requests from NSW for its removal, the website remains. Last year it was rebadged as the “Student Wellbeing” website in an attempt to disguise its original purpose, and a dozen new resources unrelated to gender or sexuality added.

But disturbing elements remain, including the document: “Supporting a Student to Affirm or Transition Gender Identity at School”, which allows teachers to decide whether parents should be told their child wants to swap genders.

“Consideration should be given to the age and maturity of the student and whether it would be appropriate to involve the students’ parent(s) or guardian(s) in each decision.”

How such a program could be inflicted on unsuspecting families defies belief. But bravo Stokes for turning back the tide.