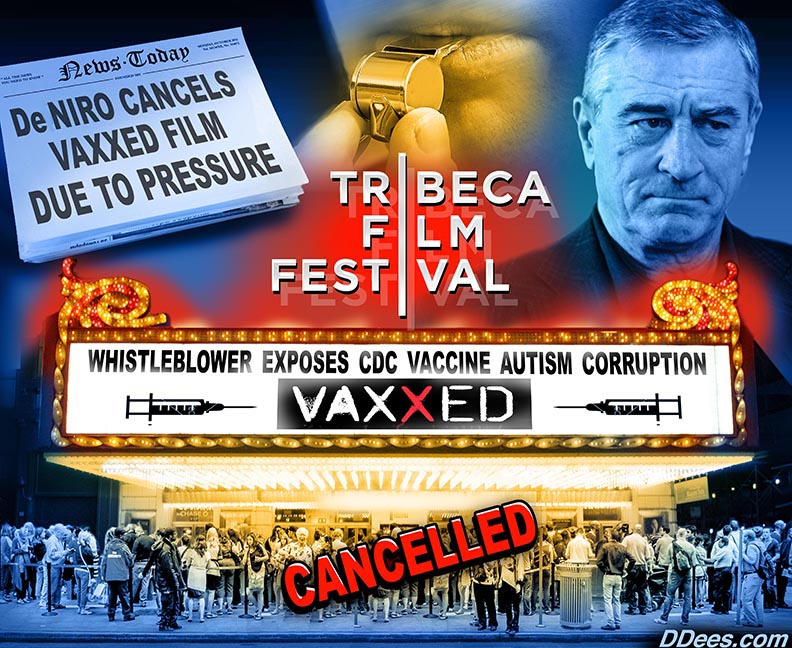 The world is witnessing a collision of truth –

there will be only one winner.

You be the Judge.

Thirty two minutes of Andrew Wakefield up close and personal on Facebook Live – a man still unyielding in his warning to the world and totally committed to the whole truth coming out.

Lots of highlights, but tune in at the 12 minute mark to hear what Dr Wakefield thinks of the VACCINE King, Dr Offit, the main vaccine spokesperson and a massive personal beneficiary of mandated vaxcines for children, but now also becoming the norm for many adults.

At the 20 min mark, all Australian politicians, health regulators and medical lobby groups should tune in because Dr Wakefield discusses the cover up of the data as to timing of the MMR vacxine, and the fact that the adverse event risk is greater if the monopoly Merck drug is given around 24 months or earlier?

I am sure someone conflicted at the NHMRC Council level, or the NHMRC CEO Professor Kelso (who received a $14m grant form the NHMRC the year before she was appointed in 2015), or the ATAGI committee, which came up with the Australian Immunisation Handbook recommendations, will have some seriously high powered fairy floss science to explain why we live in the lucky country and get the second MMR jab so early.

Or will I just be given the sound of silence again by the NHMRC, just like my myriad letters to the NHMRC over the last 6 months, and my personal queries at five public forums I attended around the country in July. I might have to dig them all out and show you one by one, to explain why all my energy next will be put into exposing the NHMRC extraordinary corruption and their intimate link with “hyena” style lobby group, the Friends of “cherry-picking” Science in Medicine. Check out the link at “cherry-pickers”, and the 1000 plus members with fingers in EVERY PIE of Australia’s health system. In addition, the cherry-pickers are directly linked to Dr Offit’s lobby group in the US, the Institute of Science in Medicine at ““sin bin” .

At the 47 min mark, Dr Wakefield slams the Australian censorship policy of Australian governments noting “Australia is quite unlike any other country I have ever seen” for censorship.

That just gave me an idea for my next post in relation to vaxcine fraud cover-ups.

First I will write a letter to Quentin McDermott, Four Corners interviewer who is a genuine human being, but unfortunately his ABC bosses covered up my 30 min interview on Four Corners exposing massive corruption in the Essendon peptides story implicating the AFL, ASADA, Essendon officials, the Players Association, and WADA – lucky I have a copy(or two) thanks to a lucky break out there in whistleblower world. My detailed spreadsheet and correspondence with seven officials at Essendon Football Club is a time bomb and would have ensured WADA could not have found the players guilty. This information was provided to most of these parties mentioned above so has been covered up for nearly four years.

Secondly I will write a letter to Ms Pauline Ireland, chief of staff for Victorian Health Minister Jill “foot in mouth disease” Hennessy. I had a recent meeting with Pauline and found her to be a genuine human being with a long track record of public service. Luckily for me, she had never heard of my main foe, the lobby group Friends of Science in Medicine, so that gave me hope that there is still a possibility of senior bureaucratic advice to Minister Hennessy which could represent the balanced truth as to the safety and efficacy of vaccines.

What will I provide Quentin and Pauline?- well why not the original taped conversations of the CDC whistleblower, top scientist William Thompson – naturally covered up by the USA politicians and the CDC for two years so far.

BUT YOU CAN LISTEN FOR YOURSELF AS TO PRECISELY WHAT THE WHISTLEBLOWER WANTS TO SAY WHEN HE GETS HIS DAY IN COURT. Don’t hold your breath –Bush et al still got away with the War on Terror with 9/11 — and guess which countries were in on that UK, Saudia Arabia and Australia.

Interesting our Australian Health Minister Sussan Ley had a chunk of her childhood in Saudia Arabia, where her father was a British Intelligence Officer. When Sussan came to Australia, her father moved into the Australian Federal Police. Might be a co-incidence but neither Minister Ley or Victorian Health Minister Hennessy appear to have any experience in the health industry. Maybe that is not necessary when your intention is to create disease in my opinion.

I am not going to tell you where the gems are in this audio link other than about the 3 min mark where the comment is made that the CDC admits the mercury (thimerosal) in the vaccines causes ticks and admits why mercury is still included in the influenza jabs for all of us, including poor pregnant women and their babies to be.

If you cannot be bothered listening – don’t moan to me in a few years complaining you wished you had listened when you get the catch up immunisation schedule for Australian adults linked to passports, drivers licences, health insurance and the 65 year old aged pension.

Wake up all my old venture capital network who are in the 55 to 70 year category and probably run most accountants, solicitors, investment banks, stockbrokers and fund managers- do you want 8 vaccines in a single day with mercury, aluminium, formaldehyde, foreign substances, and trace elements too small to tell us but they say TRUST YOUR GOVERNMENT . Your 6 week old grandchild has been mandated out of a say when the baby lines up for the 8 vaccine jab on one day. Mind boggling and ZERO science for the impact of 8 jabs on a 6 week old baby.

And by the way, what a farce was the 4 year drama about injecting fit Essendon football club players with peptides, compared to the zero interest in why vaccines injected into tiny babies contain undisclosed PEPTIDES?

P.s. Whistleblowers call me 0402 904749 if your conscience is burning or if you suddenly realise why your grand kids are crook.