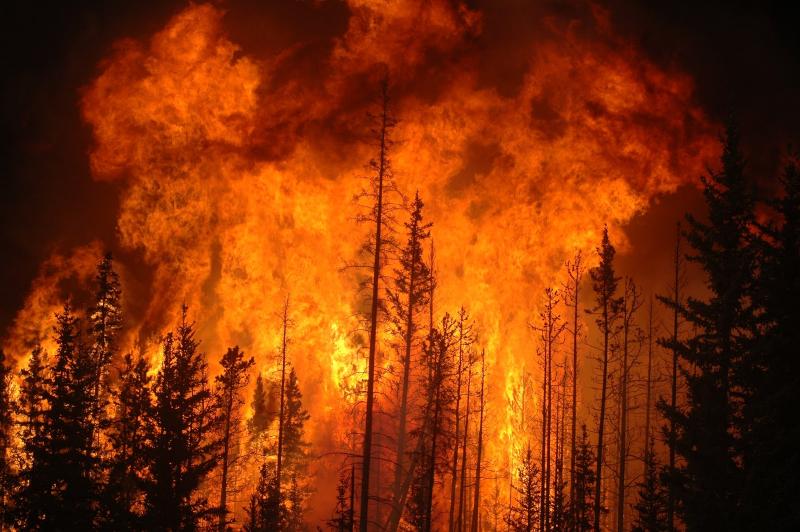 By far and away this past week, the biggest story flooding my email inbox were the fires in Australia. That’s partially understandable, as many members and readers of this website live in Australia. When these first started, though, I was skeptical of the explanations – what few there were – on the media. I did manage to hear a story from the Australian media that in one instance they had arrested two young men committing arson, who somehow managed to get the uniforms of a fire department in New South Wales.  But the lack of details thus far has been the most suspicious thing. Note that I said “thus far”, because details are beginning to emerge…

…but not in the media, but rather, by Australians taking pictures and making videos.

And, yes, this in itself fits a pattern we’ve seen before, in California and its fires, and the patterns in Australia and California are remarkably similar, right down to the fact that lamestream corporate controlled media will not report on, much less ask the questions, raised by the apparent anomalies. But in Australia’s case, there’s something new(This article shared by B.H.):

What concerns me here is the map at the beginning of this article, for a glance at it shows something that to my mind is mighty peculiar: the entire continent is ringed with these fires, and that means they have become an environmental disaster. In fact, one thing my local talk show radio station did report about the Australian fires is the massive loss of wildlife, to the tune of hundreds of millions of animals.  Then ask yourself this question: if these fires were deliberately planned, what kind of intelligence would ring the inhabitants – human and otherwise – of an entire continent with fire?

I suspect most of us would imply something toward the “diabolical” end of the spectrum.

Notably, in that article, there are pictures of what appear to be normal fires burning the things that fires burn: trees, brush, houses, cars, and so on.

But wait, there’s more, much more; several people, P.J., V.T., and many others, sent articles with videos or pictures, and an old theme, one we’ve seen before in California, is being repeated: burned houses while nearby trees and brush is unburned; burned wheel rims and engine blocks, and pictures that – if not photoshopped and the genuine article – are suggesting that there is some sort of exotic technology in play, perhaps a directed energy technology:

Are the unheard of “roaring fireballs” in Australia the product of Directed Energy Weapons?

Explanations are few and far between, but similar to the California fires, one of them is the plans for high speed rail: burn out the people, buy up the land on the cheap, and develop:

For those who’ve been following these strange fires, from Greece to California, Siberia, Canada, Brazil, Bolivia, and now the fires surrounding Australia, the patterns are there for all to see. The only pattern we’ve not seen yet anywhere else but in California are the curious pictures of fires having been started in the junction and meter boxes connecting power lines to homes. Otherwise, we’re looking at the same thing: anomalous burning and destruction of homes, while nearby shrubbery and trees appear to be untouched, wheel rims and engine blocks literally turned into puddles, while other parts of vehicles remain relatively unscathed, and most importantly, pictures showing collimated air or fire, suggesting directed energy.

So what’s going on? Thus far, I like many others have been speculating that we may have been watching some sort of “disaster capitalism” at work, and there is a certain amount of coincidental evidence to suggest that: the clustering of fires in California in regions or land slated for special projects, like the expansion of Silicon Valley northward across the bay, or high speed rail, and so on. And as seen above, we have a similar suggestion implied for some of the regions impacted in the Australian fires. But I’m unaware of similar claims or arguments in the case of fires in Greece, Canada, Bolivia or Siberia.

There is, however, another explanation, one so obvious and yet so horrible in its implications that I do not really want to mention it, but I do so because perhaps other people have been thinking  the same thing, or better, because perhaps other people have some evidence or argument to present in support of the following high octane speculation:  Could it be that what we’re watching is not disaster capitalism, but a war? If so, is this the “preliminary bombardment” softening up the target before the troops are sent in and the bridgehead is established? If it is a war, who is it between? Who’s doing the shooting? Are we living in some real life version of H.G. Wells’ War of the Worlds, where Martians show up suddenly and use heat weapons to burn down whole cities? Or are we fighting some terrestrial group?

I don’t know about you, but between the two high octane speculations, the one I find more tolerable is the disaster capitalism scenario. At least there we have an idea of who’s behind it, and why.

Are the Australian bushfires all about building smart cities?

One thought on “Are the Australian fires disaster capitalism at work or something much worse?”