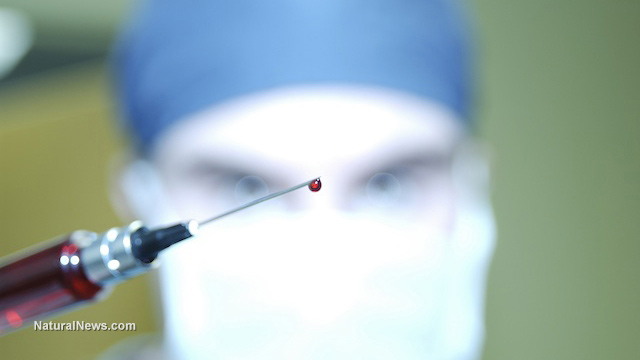 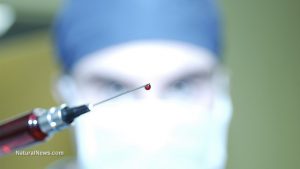 “Diseases caused by mutations in cytochrome P450 genes typically involve the buildup of substances in the body that are harmful in large amounts or that prevent other necessary molecules from being produced.” [1] [CJF emphasis]

Cytochrome P450 was once believed to be mainly a hepatic drug detoxication system, but is now understood to include a myriad of enzymic reactions implicated in important life processes. Mutations in many CYP genes cause inborn errors of metabolism and contribute to many clinically relevant diseases. [2]

Question: Are metabolism differences in CYP genes the cause of many vaccine adverse reactions, especially brain encephalopathy that precipitates Autism and other clinically relevant diseases in infants, toddlers and even adults? Was that the reasoning why a Vaccine Court Master awarded Hannah Poling’s Autism claim $1.5 million plus ongoing $500,000 per year for life [4]?

“The government lawyers mumbled something Orwellian and incoherent about a pre-existing mitochondrial disorder and how vaccines didn’t cause Hannah’s autism — the condition just “resulted” from the vaccines.” [4]

Or was it because Hannah’s father is an MD (neurologist) [5], who was astute enough to realize what happened to Hannah, and the CDC/FDA and Vaccine Court wanted to prevent the ultimate of vaccine damage whistleblowers to emerge?

Free radicals are toxic; can damage living cells and tissues in a process known as oxidative stress.

What role, if any, do cytochrome P450 enzymes have in producing oxidative stress?

“Reactive oxygen species (ROS) and oxidative stress have been considered in a variety of disease models, and cytochrome P450 (P450) enzymes have been suggested to be a source of ROS. [….]

“The biochemistry of oxidative stress includes several issues. One is the nature of the damage to proteins, DNA, and lipids caused by ROS (8, 9). Another aspect is the nature of the biochemical processes involved in the production of ROS. Several enzyme systems have been considered in the production of ROS, including NADPH oxidase, xanthine oxidase, (uncoupled) mitochondrial electron transport, and P450 (1, 4, 10).” [3] [CJF emphasis]

Excipients (ingredients) in vaccines are transformed by Cytochrome P450 enzymes in the human liver, and are metabolized out of the body through the kidneys.

However, due to the immaturity of CYP450 in infants and children under 3 years of age, plus the assault of adjuvants in vaccines — Aluminum, in particular — it is well-established in the field of PHARMACOGENOMICS that Aluminum interferes in CYP 450 metabolism in fetuses, infants and children.

The underlying cause of chronic disease is obfuscated and results routinely in misdiagnoses of Autism spectrum as mental illnesses labelled as ADHD, Obsessive Compulsive Disorder, Bipolar, etc. The use of psychiatric drugs to mitigate the symptoms propels the individual deeper into a lifetime of contraindicated drugs, special needs education, depression and a devastatingly health-compromised life.

Interestingly, the detox mechanism of the body, Cytochrome P450, is found in most systems, including the mitochondria and the gut, but not in the bloodstream.

Since CYP450 is not fully developed in infants and toddlers, vaccines given during gestation; within 24 hours of birth; and every several months during a toddler’s life up to around 2 years of age contain highly neurotoxic chemicals and other excipients that would take a mature CYP450 system to metabolize, i.e., methylate those poisons out of their less-than thirty pound bodies.

CDC/FDA, vaccine manufacturers and licensed medical doctors ought to know that infants have immature Cytochrome P450 liver enzymes.  Plus, every race and ethnicity, i.e., Asian, Black, Caucasian and Hispanic, have a certain percentage of CYP450 non-metabolizers who cannot metabolize chemicals, toxins, and pharmaceuticals, which includes vaccine biologicals.

However, Autism Spectrum Disorder anomalies actually can be prevented if the CDC and FDA were to permit physicians to perform a PCR test (Polymerase chain reaction) prior to administrating any vaccinations and similar to the Apgar test [6] an infant receives immediately after birth. PCR testing could eliminate the mandated problematic Hepatitis-B vaccine given within 24 hours of birth, unless the birth mother had an STD (sexually transmitted disease).

Here’s proof for what is said above:

“A mitochondria disorder is a vaccine injury, not a genetic pre-existing condition. Why? A genetic test of the child’s parents would confirm whether either of the parents have a mitochondrial disorder that was passed down, thereby confirming the disorder to be a genetic pre-disposition, thereby providing for a valid medical exemption to vaccinations.

“However, in my opinion, no health directive — mandatory vaccinations — should be enforced to initiate an iatrogenic disease (8) resulting in a life-long disability.”

As an aside, the HPV vaccine may have an exceptional capability to involve CYP450 and cell mitochondria damage.  Recently emerging research apparently indicates the Human Papilloma Virus vaccine contains human chorionic gonadotropin (hCG), the anti-fertility ingredient also found in the Tetanus vaccine given to child-bearing-age females in Kenya, Africa, that was confirmed by independent testing.

Lifelong immature CYP450 enzymes possibly can be responsible for many chronic diseases due to the liver’s inability to metabolize environmental toxins, food chemicals, fluoride in municipal water systems, and the inordinate amount of vaccines given since 1989!

Instead of government health agencies exacerbating the growing number of those children on the Autism Spectrum Disorder, i.e., one in 40 children in the USA [7] have that diagnosis, it ought to be incumbent upon those disciplines dedicated to children’s health and wellbeing to study the real science of what happens at cellular level after vaccination, then take the necessary steps to prevail upon Big Pharma and all involved in disease issues to realize vaccines are not what they are cracked up to be and remember the Hippocratic Oath all doctors take: First, do no harm!

Effects of non-ionic surfactants on cytochrome P450-mediated metabolism in vitro.
https://www.ncbi.nlm.nih.gov/pubmed/21220010
Re: Polysorbate 80, a vaccine excipient

Cytochrome P450 isozymes involved in the metabolism of phenol, a benzene metabolite
https://www.ncbi.nlm.nih.gov/pubmed/11701230
Re: Phenol, a vaccine excipient

The cytochromes P450 (CYP) response to allergic inflammation of the lung
https://www.sciencedirect.com/science/article/abs/pii/S0003986106003791
Re: Aluminum Hydroxide, a vaccine adjuvant

One thought on “Are There “Sleeper” Vaccine-Caused Mutations That Are Deliberately Ignored?”