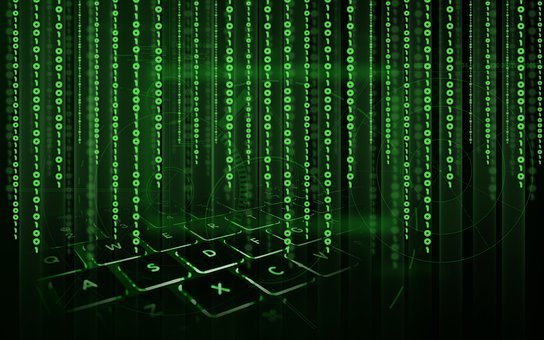 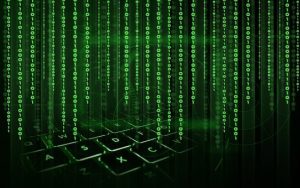 With the release of the fourth Matrix film this Christmas, the idea behind the original movie is once again being talked about. The notion that the ‘real world’ is a computer-generated simulation was considered pure science fiction when the original film was released in 1999, but philosophers have long argued that there are good arguments to suggest we could very well be.

The argument is known as ‘The Simulation Hypothesis’, and — as crazy and counterintuitive as it sounds — it’s discussed quite seriously by academics, physicists and philosophers. Elon Musk, for one, made headlines a few years ago when he said that the chances that we are in ‘base reality’ (i.e. that we are not in a simulation) is one in billions.

The Simulation Hypothesis is in some ways the modern incarnation of an idea that has been around for thousands of years: that the physical world is not the ‘real’ world. Plato suggested that we are all living in an allegorical cave, chained to a wall, and only able to see ‘shadows’ of the real world lit up by projections. He said that a resident of the cave (i.e. us) would think the shadows were ‘the real world’ if they hadn’t experienced anything else.

Plato said that the first thing to happen if someone broke out of the cave was that they would be blinded by all the light in the outside world: the real world. This scene was echoed in The Matrix when Neo wakes up and wonders why his eyes felt strange. It was, said Morpheus (named after the Greek God of dreams), because he had never used his real eyes.

A thousand and a half years after Plato, Descartes proposed a scenario that is reminiscent of what Morpheus tells Neo in the original film about the true nature of reality. Descartes reasoned that if there was an evil demon of utmost cunning that was deceiving his senses, he would think that the sky, the sun, the air and physical objects were real, but he would be wrong. This led him to the conclusion that he couldn’t be sure the physical world exists and the only thing he could be sure of was his now-famous dictum: Cogito, ergo sum (‘I think, therefore I am’). That because he was experiencing something, even if it was all a fiction, he must in some sense exist.

I first became interested in simulation theory in 2016, the same year that Musk made his infamous statement. While playing a virtual reality (VR) Ping Pong game in Marin Country, across the Bay from San Francisco, I put on a VR headset and the responses of the game were so realistic that, for a moment, I forgot I was playing a virtual table tennis game. So much so that at the end of the game, I instinctively tried to put the ‘paddle’ down on the ‘table’ and tried to lean on the table. Of course, there was no table. The VR controller fell to the floor and I almost fell over.

At this point, I realised that our VR technology would, within decades, get to the same point that Musk alluded to. Musk pointed out that 40 years ago, the only widely available video game was Pong, which consisted of two squares and a dot, whereas today’s video games are increasingly sophisticated, so they would soon be indistinguishable from physical reality.

I call this future milestone the ‘Simulation Point’. In my 2019 book, The Simulation Hypothesis, I predicted that there are ten stages of technology development that would get us to such a point.

At the time, I calculated that we were somewhere between stages four and five: about half way there. This year, a few months before the release of The Matrix Resurrections, Mark Zuckerberg got up on stage and announced that his company, Facebook, was changing its name to Meta. Why? Because they wanted to build a metaverse, a theoretical set of connected virtual worlds that we could explore with our virtual avatars in virtual reality.

It turns out that the stages that we still need to develop the metaverse are the same as those we need to reach the ‘Simulation Point’. Today’s video games, like Fortnite and Roblox and World of Warcraft, already house millions of players online simultaneously, and their 3D worlds are getting harder to tell apart from the ‘real world’.

One of the remaining stages to get to the ‘Simulation Point’ is virtual humans or AI characters that roam the virtual world but seem like real humans. Today, virtual CGI influencers have millions of followers (examples include lu do Magalu, and L’il Miquela on Instagram and Imma Tokyo on Tiktok, for starters). These will soon be married to AI advancements and we’ll all be able to meet and interact with them in the metaverse, just like in the Matrix.

Speaking of the Matrix, you’ll remember that Neo and Morpheus (and every human in that dystopian future) was plugged into the Matrix via a wire inserted into a hole drilled into the back of their head. Today we call this a Brain Computer Interface, or BCI, and it is the one stage of technology that would make the Matrix suddenly pop into the real world. While this technology is still in its infancy, Elon Musk’s NeuraLink is one company that is already down the path, having implanted chips in monkeys and pigs, which are able to read and interpret their brain signals. A monkey has even been taught how to play a simple video game using only its brain signals (not surprisingly, the video game was Pong).

My estimate is that we will be able to create our own version of something like the Matrix in a few decades. But, just because we can create our own Matrix-like worlds doesn’t mean that we are inside a simulation, does it?

In a 2003 paper, the Oxford professor Nick Bostrom showed us that it probably does. Bostrom reasoned that if any technological civilisation anywhere ever reached the ‘Simulation Point’, even if it took them thousands of years, then we were already most likely in a simulation, as they would likely run more simulations than there are worlds in ‘base reality’.

Bostrom suggested that such a civilisation could create additional realistic virtual worlds (with billions of simulated beings inside them) with the flick of a switch. He called these ‘ancestor simulations’, which would be like us creating an ultra-realistic simulation of say, the Roman empire inside a game like The Sims.

In other words, if we are ever likely to reach The Simulation Point, we are most likely already in a simulation.

When I began researching simulation theory, I found that this wasn’t the only argument in favour of the conclusion. It turns out that quantum physics may be telling us something similar. Physicists and philosophers have been trying to figure out the basic building blocks of matter since the time of the Greeks (who coined the concept of the ‘atom’, as the single indivisible unit of physical matter). Modern physics has shown that the atom is mostly empty space, and even the particles inside the atom seem to consist of… well nothing at all but information.

John Wheeler, one of the giants of 20th-century physics who worked at Princeton down the corridor from Albert Einstein, came up with one of his famous phrases to reflect this reality: ‘It from bit’. Wheeler stated that the only thing that can be found when you open up all the nested Russian dolls that make up matter, is a series of answers to yes or no questions. We call these ‘bits’ in computer science. ‘It from bit’ means that anything that looks like a physical object is actually a series of bits of information and not physical at all.

What quantum mechanics tells us is that the nature of the world may only be visible when it is being observed. This phenomenon is called the ‘Observer effect’, or Heisenberg’s uncertainty principle, and no one has been able to explain what it means. One possible explanation is to look at video games; we only render those parts of the universe that are being observed by the players of the game. The only parts of the simulation that need to ‘exist’ are the ones being perceived. There might be absolutely nothing inside a box, until you open it.

But it isn’t just philosophers and physicists that question the nature of physical reality. Religious scholars tell us that the materiality (or lack thereof) is one of the tenets of most of the major world’s religions, ranging from Islam, Christianity, and Judaism. In the Eastern traditions of Hinduism and Buddhism, they are even more specific on this point: the physical world is ‘maya’ — a carefully crafted illusion.

If we take the findings of quantum mechanics and the world’s religious traditions seriously, we inadvertently find that they support the same conclusion of Musk and Bostrom: that the world around us isn’t physical at all but we are likely to be in a simulation.

That would mean that you and I are, in fact, avatars after all and we may have a virtual reality headset on and have gotten so engrossed in the game that we have merely forgotten, just as I did when I was playing VR Ping Pong all those years ago.

It sounds scary, but it may not be cause for alarm. The philosopher David Chalmers argues that virtual worlds are real worlds: just because we may not be living in ‘base reality’ doesn’t mean that our lives and experiences aren’t meaningful and ‘real’.

Shakespeare may not have been far off when he said: ‘All the world’s a stage, and the men and women merely players’. If that surprises you, then you aren’t alone. Perhaps the only thing we can do is react like Keanu Reeves in the original Matrix several decades ago: Woah.