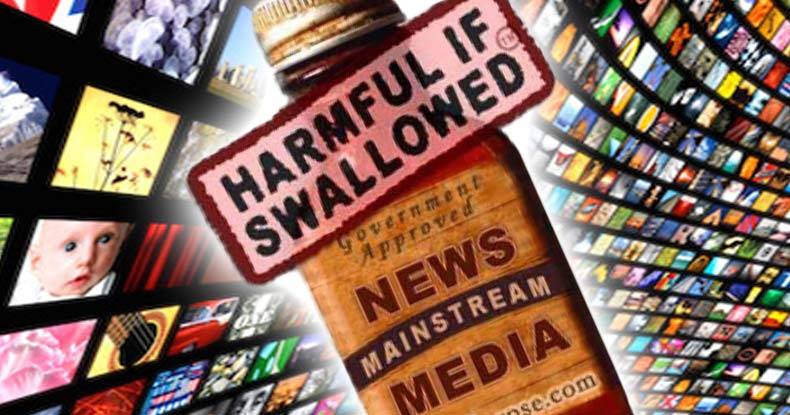 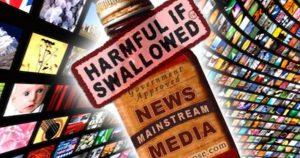 A recent AP article attempts to present Donald Trump and Robert F. Kennedy as Kooks for talking about an investigation of the efficacy and safety of vaccines.

The article titled, “Trump asks skeptic to probe vaccine safety, alarming doctors” is a carefully crafted vacuous “Argument From Authority and Intimidation” defending the $41 billion dollar a year vaccine industry from any reasonable attempt to independently and reputably investigate the safety and efficacy of vaccines.

The Associate Press presents Donald Trump’s willingness to question and even investigate the effects and safety of vaccines as “reviving long debunked attempts to link vaccines to autism.”The Associated Press (AP), presenting Donald Trump’s meeting with Robert F. Kennedy Jr., to discuss chairing a commission on vaccination safety, as the act of an ignorant naive who has neglected to read Big Pharma’s bible and last word on vaccine safety and its connection to Autism.

The article then, invoking an ‘Argument From Intimidation’ cautions the reader “a move that alarmed child health experts.” Experts, of course, being paid disciples and priests of the religious pharmaceutical dogma.

AP attempts to connect the opinions of licensed, as Allopathic ‘Medical Doctors’, by medical monopoly organizations benefiting and controlling access to medical professions and procedures –  to the safety and efficacy and the sensibleness of the decades old enforced-by-law practice of vaccinating children.

According to AP, Kennedy met with the Trump and stated the “President-elect Trump has some doubts about the current vaccine policies and he has questions about it,” Kennedy added, “we ought to be debating the science.”

AP then attempts (using an argument of authority) to cast the idea of debating the science as something only scientists should do, quoting selected pediatricians, “To pediatricians, there’s nothing left to debate,” continuing, “Vaccines have been part of the fabric of our society for decades and are the most significant medical innovation of our time, Drs. Fernando Stein and Karen Remley of the American Academy of Pediatrics said in a statement Tuesday.“

Again, there is nothing in this statement except appeals to “Blind Loyalty” and a thinly veiled “Appeal to Tradition.” Furthermore, there is no mention of any studies done to show vaccine efficacy or the attempt to verify or refute the claims of people like Dr. William Thompson, the so-called “CDC Whistle Blower” who has asked for a congressional investigation into claims he made saying the CDC deliberately destroyed statistical data showing increased risk of Autism as a result of Vaccines.

Robert Kennedy Jr., attorney for Yates Hazlehurst, a boy developing Autism shortly after receiving vaccines, is seeking testimony from William Thompson about CDC misconduct. However, the CDC has blocked Thompson from providing testimony in the case of Yates Hazelhurst, saying, “in accordance with the Whistle Blower Protection Act and other federal regulations, Dr. Thompson can not testify under oath without the permission of the director of the CDC, Dr. Thomas Frieden.”

But the real story of vaccines and Autism can be found by talking to people. I recently spoke to the mother of a child who told me her daughter became autistic almost immediately after receiving vaccines – changing like day and night within a few hours from a normal developing baby girl into a child with symptoms of autism.

Jennifer Workman, a resident of West Virginia sued the State of West Virginia when it came time for her second daughter to be vaccinated, claiming the State has no right to Force Vaccinate her children.  The case went to the Supreme Court where the Court refused to hear her case – imagine that – could it be the State Constitution provides NO AUTHORITY to force vaccinate people?

Jennifer told me her child immediately became autistic, but was diagnosed, for a period of time, as having lead poisoning, something she found very strange because she lived in a new home and their were no typical means for her baby to ingest lead, the diagnosis was later changed to autism.  Here is Workman telling her story on Fox News.

Workman is not alone; many people experience the horror of their children developing Autism immediately following a vaccination. Some parents are then told they are the cause of the symptoms, and are even arrested and charged with shaking their babies. “There now appears to be a new syndrome that develops within a 12-day period following immunizations, and which may include elements of adverse reactions from each of the vaccines listed above.”

The AP article is careful to dismiss any attempt by Trump or Kennedy to question the safety of vaccines with a quick blanket appeal to authority “Scientists have ruled out a link between vaccines and autism. But Kennedy, the son of the late U.S. attorney general and senator, has long argued that vaccines containing the preservative thimerosal may cause autism, and has advocated for parents to more easily opt out of childhood vaccinations.”

What scientists? Doctors and Researchers paid or benefiting from vaccine sales?

We live in an age of political reality, a reality where authority creates truth by decree. Whether it be Freon is damaging the ozone or men are the cause of climate change – the ruling technocracy will decide what is truth and what was yesterday’s truth but not today.  According to the article “The science has spoken. Thimerosal is a dead issue,” said Dr. Paul Offit, a vaccine researcher at Children’s Hospital of Philadelphia and a critic of anti-vaccine groups. “It is concerning. You have as a president-elect a science denialist.” –  Paul Offit.

California Senator Dr. Richard Pan, (a MD also), was involved in California’s mandatory vaccine law, has announced he is now introducing a new bill, SB-18, “seeking to give the government the right to seize children from their parents if they are making medical decisions that the state feels are “not in the child’s best interests.”

Dr. Pan is a medical industry insider and also a California legislator who is NOT representing a child’s best interest, but the best interest of the medical monopoly. Pan “is a teaching faculty member at UC Davis Children’s Hospital, and has served in many organizations that set medical policy and determine medical funding, such as the American Medical Association, the United Way, Sacramento First 5 Commission, Healthy Kids Healthy Future, Sacramento Health Improvement Project, and others.” This is an extreme example of a conflict of interest – writing legislation that benefits drug manufacturers and the current medical monopoly establishment.

Pan was recently approached by film producer, Del Bigtree and other members of the cast of the documentary film “VAXXED” , a documentary about the CDC whistleblower, Thompson, who admits that the CDC hid key data in a study that linked the MMR vaccine to autism.  Pan can be seen in this video clip literally running away from the film crew in an attempt to avoid discussing the issues of forced vaccination.  Shouldn’t this raise questions regarding elected “officials”, who are also involved deeply with the beneficiaries of this force vaccine legislation, as to who they actually represent?

The damaging physical effects and social costs of forced vaccinations were discovered and exposed during the 19th and early 20th centuries and for a period of time this reckless, selfish, and maniacal idea was eliminated.

“Compulsory vaccination which once had the suffrage of the nation has now hardly a serious supporter. We are ashamed to jettison the idea completely and perhaps afraid that if we did the accident of some future epidemic might put us in the wrong. We prefer to let compulsory vaccination die a natural death and are relieved that the general public is not curious enough to demand an inquest. In the meantime our attention is diverted to other and new forms of immunisations”  – [A] Charles Cyril Okell, “From a Bacteriological Back-Number,” “The Lancet”, January 1, 1938 pp 48-49

The Associated Press is not a news organization but rather a propaganda channel operating in support of their largest patrons and owners.  The pharmaceutical monopolies have been historically associated with deceit, greed and a general disregard for the consequences and side effects of their products.

“Edward Jenner (1796-1839) “discovered” that cowpox vaccine would supposedly inoculate persons against the eighteenth century scourge of smallpox. In fact, smallpox was already on the wane, and some authorities believe it would have vanished by the end of the century, due to a number of contributing factors. After the use of cowpox vaccine became widespread in England, a smallpox epidemic broke in which killed 22,081 people. The smallpox epidemic became worse each year that the vaccine was used. In 1872, 44,480 people were killed by it. England finally banned the vaccine in 1948, despite the fact that it was one of the most widely heralded “contribution” which that country had made to modern medicine. This action came after many years of compulsory vaccination, during which period those who refused to submit to its dangers were hurried off to jail.” – Eustace Mullins “Death By Injection”

I whole heatedly agree with Robert F. Kennedy and I hope President Elect Trump very soon appoints a panel (non pharmaceutical or CDC related) to investigate the problem of vaccines and also to bring to the public the question of the morality and supposed authority to force people to be vaccinated, especially children.

“During the past 30 years, the number of vaccinations our children receive has tripled, and during that same period of time, the number of children with learning disabilities, ADHD, asthma and diabetes has also more than tripled!”  – Dr. Mercola

One thought on “ARGUMENTS FROM AUTHORITY AND INTIMIDATION SUPPORT VACCINE PROPAGANDA”