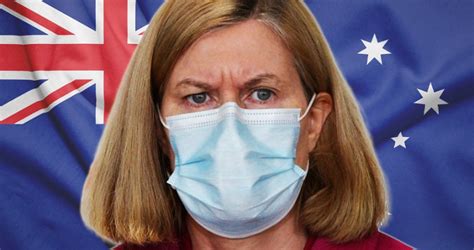 Authorities in Australia have called in the military to occupy parts of Sydney and enforce the country’s latest draconian COVID-19 lockdown.

Hundreds of military personnel will be drafted in to patrol the country’s largest city despite coronavirus cases remaining in the low hundreds per day, far lower than other developed nations like the UK that have lifted some of the restrictions.

It remains to be seen whether the troops will be used to police protesters, hundreds of thousands of whom hit the streets of major cities last weekend to demonstrate against the measures.

Australians who merely post anti-lockdown information online could face fines of up to $11,000 under a draconian new piece of legislation.

People in New South Wales are basically under the most draconian form of lockdown where they are only allowed to leave home for work, exercise and food and are not permitted to venture more than 3 miles from where they live. 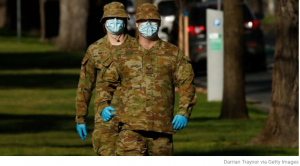 Mask wearing both indoors and outdoors is again mandatory as the country pursues a bizarre and unattainable ‘zero COVID’ policy which has led to entire towns and cities being locked down after the discovery of just a single infection.

As we have previously highlighted, Australians have been placed under one of the most authoritarian lockdowns out of any major developed country.

A pregnant woman was arrested in her own home for planning an anti-lockdown protest on Facebook, while the state also gave itself the power to seize children from their parents and enter homes without a warrant under COVID-19 rules.

The chief health officer of New South Wales even went so far as to tell Australians that they shouldn’t “engage in conversation with each other,” even if they’re wearing masks, in order to reduce the transmission of COVID.

Australian MP Frank Pangallo also recently asserted that unvaccinated people “will need to be controlled and restricted” by authorities.

2 thoughts on ““TYRANNY” AUSTRALIA IS NOW A POST-DEMOCRATIC COUNTRY”