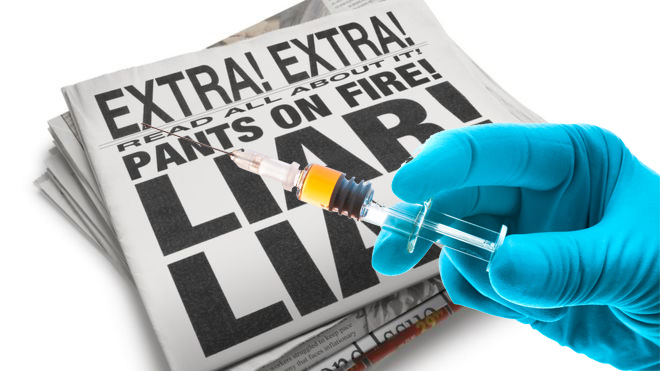 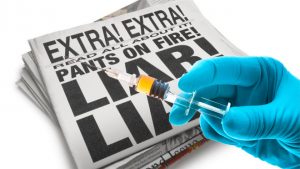 “The combined death rate from scarlet fever, diphtheria, whooping cough and measles among children up to fifteen shows that nearly 90 percent of the total decline in mortality between 1860 and 1965 had occurred before the introduction of antibiotics and widespread immunization. In part, this recession may be attributed to improved housing and to a decrease in the virulence of micro-organisms, but by far the most important factor was a higher host-resistance due to better nutrition.” (Ivan Illich, Medical Nemesis, Bantam Books, 1977)

In many previous articles, I’ve rejected, with evidence, a whole host of false claims about vaccine safety and efficacy. Here I want to look at basic flaws in the rationale for vaccination.

First of all, a child with a strong immune system will exile illnesses like measles or flu without incident. If he does become sick, his immune defense system will swing into high gear, mount a full inflammatory response, and the acute phase of illness will fade away. There are millions of such examples throughout recent history.

If a person has a weak and compromised immune system, vaccination is not going to cure that fact.

In the best presentation of conventional vaccine theory, a shot in the arm brings on antibodies, which are scouts for the immune system. They broadcast alerts: “Invaders detected.” But if the rest of the “immune army” is weak, what good are alerts? No good at all. Thus, a compromised immune system is a problem that can’t be solved by vaccination.

These are simple and basic realities—once you clear away pseudoscientific hocus-pocus.

Over the years, I’ve interviewed a number of people who grew up with no vaccinations. They were fed good clean food. They exercised. They had loving strong parents. They thrived. They rarely got sick, and when they did, the bout was over quickly. To them the idea of vaccination was a bizarre illusion. They never needed it. Period.

And as I say, the people with weak and compromised immune systems, who are basically unhealthy, are NOT going to be cured or protected by vaccination.

Many doctors know these facts, but are afraid to speak out. They also know about the dangers of vaccines, because they’ve seen children, whom they just vaccinated, fold up with devastating neurological injuries—but the doctors are silent about that, too.

The mainstream press, with non-stop pro-vaccination propaganda, is colluding with the medical establishment and governments to silence critics.

The press is fake news. We who point out fatal flaws in vaccination are actual news.

For example, now that the CDC schedule of “necessary” vaccines has greatly expanded, where are the proper studies proving that this increased load of chemicals and germs (in the vaccines) is safe? Where? Nowhere. Does that sound acceptable? “Previously, we said X amount of chemicals and germs in vaccines was safe. Now that we’re piling on more of these substances, there is no need to prove safety. We just assume it.”

Can you name a single large mainstream news outlet that has devoted time and space to a complete and rational debate about vaccine safety and efficacy, representing both sides of the issue fairly? Can you? Of course not. Does this seem reasonable? “The science is settled.” Only fools and unthinking minds would accept that position.

Who is the culprit here? Critics of vaccination, or the delinquent imperious press?

99.9% of mainstream reporters, news anchors, and medical bureaucrats know nothing about vaccine safety or efficacy. Their skill, such as it is, consists of pretending they have acquired knowledge.

Instead of treating mainstream news as a reliable fount of information, back up a step and realize this operation has been a heavily funded and protected monopoly—and all monopolies commit egregious acts to sustain their position. They cooperate with other would-be monopolies (e.g., the medical cartel) to improve their power.

By “egregious acts,” of course, I mean: crimes. Any criminal who is in the public spotlight, day in and day out, will bend, distort, fabricate, and concoct more lies to cover up his past offenses. This is common sense. Face this fact head-on. Don’t avoid it.

The horrendous SB277 bill was passed by the California legislation, in 2015, and signed into law by Governor Jerry Brown. It mandated an array of vaccines for all schoolchildren. During debate on the bill, did the legislature permit extended discussion about the dangers and ineffectiveness of vaccines? No. Why not? Were these issues somehow automatically censor-able? Sweeping them into a garbage can is called a CLUE. Major players didn’t want certain information to see the light of day. Otherwise, why not turn on the light?

Let me explain how the game works with an example. In the mid-1990s, I sat in a courtroom in Los Angeles and watched the opening of a grotesque trial, in which the federal government was prosecuting a young man for selling a nutritional supplement. The man had made health claims for the product. He told the judge he wanted to present evidence that a) the substance was produced naturally by the body, and b) it had provably beneficial effects. The judge refused to allow the defendant to present any evidence along these lines. No, the judge said. The only question was: had the defendant violated a federal rule about selling supplements? If so, he was guilty. Period.

And that was the verdict. The young man went to prison.

Who, in his right mind, would support such a ruling?

A monopoly. That’s who.

Truth, validity, facts? Out of bounds.

This is the same approach of the mainstream news establishment, when it comes to vaccination.

It is the approach of inveterate liars.

For many reasons, a few of which I’ve listed here, the whole vaccination system is crashing. The oceanic sound of that crash hasn’t yet reached many ears tuned to the evening news.