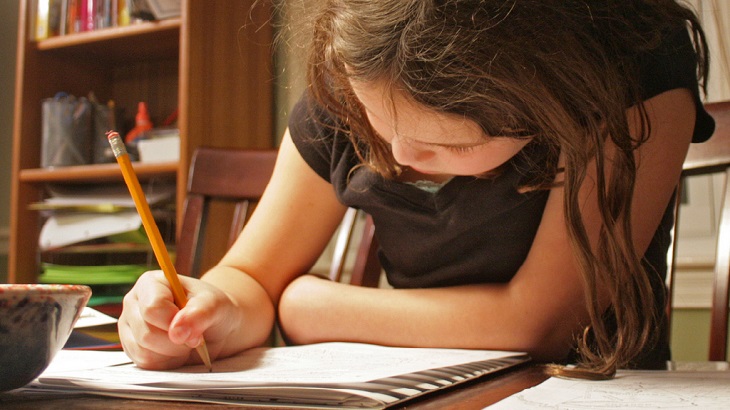 California is seeking to treat homeschool families as presumptive child abusers. Lawmakers in that state have indicated plans to categorically require homeschool parents to prove — through home visits, interviews, and other government oversight — that indeed the parent is not abusive if they choose to exercise a legally protected and valid option for school choice. This measure would shift the burden to the parent to prove to the government’s satisfaction his or her parental fitness.

This is absurdly unconstitutional.

But in light of the remarkably horrifying case of Riverside County couple David and Louise Turpin, whose 13 children were reportedly chained, malnourished, and clearly abused, the media and lawmakers have chosen to focus on one coincidental detail — the Turpins were also registered as homeschoolers.

Using the Turpins’ case as one extreme example to bolster their platform, legislators are now looking to increase government regulations of homeschooling in California, which may lay the groundwork for increased regulation nationwide. Already, state legislators have suggested they will introduce legislation to cure the supposed “problem” of laxity in private school choice options, which includes homeschooling.

Suggested measures have included options for involuntary quarterly home visits and interviews from child protective services and other government agencies. This kind of government regulation and oversight would reduce the valid legal option of homeschooling from a fundamental parental right, to direct the education and school choice for children, to compelled consent to government intrusion upon the sanctity and privacy of the home and school choice.

These kinds of alarming “solutions” to an unfounded problem rises to the level of a government search of the family’s home and interviews of children, under the pretext that homeschool choice infers that parents are more likely to be child abusers. It’s a similar illogical path as inferring that because a person chooses to be an independent contractor as a legitimate employment option, they are more likely to evade tax filings, or because a person chooses to exercise any other valid legal option, they are doing so for some other unrelated nefarious purpose, and on that basis alone the government has grounds to treat them as suspect.

Moreover, the data just aren’t there to support any logical connection between homeschooling as a school choice option and child abuse. In published studies among such experts as the World Health Organization, the U.S. Commission to Eliminate Child Abuse and Neglect Fatalities, the American Psychological Association, the Mayo Clinic, and others, none of these sources list homeschooling as a risk factor for child abuse and neglect. In other words, there is no evidence or data to even suggest that homeschooled children are being harmed or at risk of harm at a rate higher than children in other nonhomeschooled and private schooling communities.

In fact, the data suggest the complete opposite in terms of the benefits to children who are enrolled in alternative school choice options, specifically homeschooling. In a recent piece in Business Insider titled “Homeschooling could be the smartest way to teach kids in the 21st century — here are 5 reasons why,” Chris Weller discusses how homeschooling is not only a mainstream choice, but also that “homeschooled kids have the same access to online learning, friendships, and extracurricular activities as the typical public school student — but without many of the drawbacks, like standardized lesson plans and bullying.” Many parents choose homeschooling to better tailor the educational and environmental needs of children.

The law also recognizes the fundamental right of the parent to make choices about their child’s education and upbringing, and homeschooling is a valid legal option in all 50 states. For lawmakers to correlate instances like the Turpins, where child abusers are also homeschoolers, is to manufacture a problem looking for a solution. The data is insufficient to make that correlation a legitimate argument that homeschooling is the causal factor precipitating abuse.

Further, these types of proposed “solutions” pose a myriad of constitutional problems. First, it treats homeschool families as suspect child abusers without any legitimate legal basis. It is similar to requiring all drivers to undergo a breath or blood test to prove they are not under the influence simply because they chose to exercise a valid legal option of driving.

The Constitution requires the government to have probable cause before any test, and the burden is always on the government to prove their case, not for an individual to waive the presumption of innocence simply because they chose to drive. Parents who choose to “drive” in the homeschool lane constitutionally must have all of the same rights and protections as parents who choose to “drive” in the traditional public school lane.

Second, this would unconstitutionally force warrantless searches within the privacy of a family dwelling and subjects compelled testimony from children that is expressly for the purposes of potential future litigation. Imagine if the government could label any category of parent as alleged child abusers and thus treat the parents as suspect. What if your choice as a parent to raise your children in California suddenly meant the government could invade your home and look for evidence you might be a child abuser simply because the Turpins also resided in California?

In Iowa, a measure was introduced last year to force all families operating under the state’s Independent Private Instruction Choice or the Private Instruction Choice to undergo an annual assessment. The bill would mandate that every homeschool family’s home is involuntarily invaded once per quarter, with government officials interviewing or observing every child in the household registered as a homeschooler and perform a “check on the health and safety” of the children.

There was no clear definition of what “health and safety” meant in the context of the checks, nor did the measure advance any constitutional basis for such a search.

Homeschool Legal Defense Association President Mike Smith said in a message last week to members and friends of the organization, “These efforts incorrectly assume that homeschooling is the problem here. Hasty legislation based on horrific and criminal behavior — behavior that has nothing to do with homeschooling — would be unfair to the thousands of law-abiding families in California who work hard to provide a safe and loving environment for their children.”

Child abuse does happen, and it is a terrible thing. But we have to be very careful not to overreact and presume all parents are child abusers. They aren’t. We must preserve the presumption of innocence and constitutional protections for every family and parent in the context of school choice and in all areas of parental rights.

Jenna Ellis (@jennaellisorg) is a contributor to the Washington Examiner’s Beltway Confidential blog. She is an attorney and professor of constitutional law at Colorado Christian University, fellow at the Centennial Institute, radio show host in Denver, Colo., and the author of the Legal Basis for a Moral Constitution.