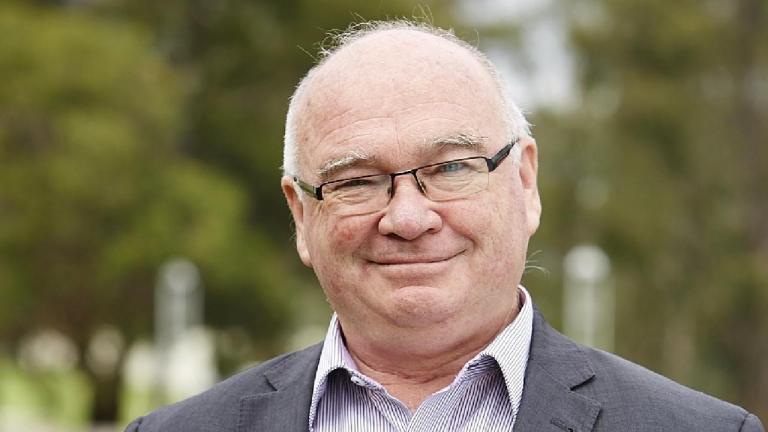 Small business groups are calling for workplaces to sack employees who refuse to get a COVID-19 vaccination when one becomes available in Australia.

The Council of Small Business Organisations Australia has issued a proposal that includes a call to expand ‘No Jab, No Job’ restrictions beyond ‘high-risk workplaces’.

New calls are currently being made that propose for workers in Australia to be subjected to vaccinations as a requirement of employment in the future.

The Council of Small Business Organisations Australia, representing around 600,000 small businesses throughout the country, wants employers to ‘step up’ and introduce COVID-19 vaccine policies.

“If one of my staff members says, ‘no, I’m against it’, then I’m going to have to say, I’m sorry you are a threat to my business,” Council CEO Peter Strong told 7 News

“If you don’t sack them, you don’t have a business, especially if you’re in a high contact area where you’ve got a lot of customers. It’s not discrimination, that’s a business decision.”

Unions are also supporting the calls, with ACTU Secretary Sally McManus telling 7 News that they are formalising their response, while “encouraging working people to do everything they can to prevent the spread of the virus”:

“Obviously, that will include getting vaccinated when a vaccine becomes available”.

Listen to the language used above. ‘Them’, ‘you are’, ‘threat to my business’. The social engineers are once again diving the Australian public and are painting so-called ‘anti-vaxxers’ as health threats.

‘How dare YOU threaten my business and my customers, undesirable!’.

That statement above might be a bit of a stretch right now, but give it some time. We are only just beginning to see the agenda emerge from the cracks.

Although another pressing development in the ongoing dystopian shift, this path should come as no surprise, given the fact Bill Gates pushed this notion at the beginning of the pandemic.

Immunity passports and vaccine tattoos are all floated to become ‘solutions’ that will get the world back to ‘normal’. The ongoing COVID-19 narrative is just a circus show intended to distract the masses until a vaccine is developed and distributed to the world.

The propaganda machine is pushing this country towards a very interesting period in history.

If successful, many complex legal questions arise in specific relation to this area.

Let’s take a moment to analyse just what this might mean in the future. I am sure many readers of TOTT News are familiar with their rights and the discussions surrounding this topic.

For example, the right to bodily integrity is a fundamental legal principle in Australia. This means a person cannot be subject to medical treatment without consent.

Other areas are also pretty clear-cut when it comes to things like students being admitted to schools or universities, as well as compulsory government measures vs protected rights such as freedom of expression, thought, conscience and belief.

Freedom of religion protections exist under the Australian Constitution, while human rights charters currently operate in Victoria, Queensland and the ACT, for example.

These are supported by many international conventions, as well as common law precedents that add further protection.

However, the legal dynamics in this circumstance are different to a government-mandated vaccination, if it is required as a condition of employment. This is a private law matter.

Precedents have already been set across the country for many years that allow private companies to refuse to do business with those who do not meet their requirements of service.

Not to mention if they are coerced into doing so as a requirement in the future.

Had to put details down before sitting in a restaurant lately? Sure, you may give a fake name and number, but have you tried refusing? Your rights are enshrined, but so are employer rights.

This is what makes the situation much different to government intervention. In a circumstance where a government attempts to force you to take a vaccine, many protections are in place. The right to education also creates a loophole that allows unvaccinated children to go to school.

In the case of business, though, it is a different story completely. This could present a problematic scenario in the future if employers adopt policies on mass, to the point the majority are on board.

Let’s look at the US, for example, a country that has many more freedoms as opposed to Australia.

In 2012, TriHealth, the largest employer in Cincinnati, Ohio, terminated 150 employees who did not comply with their flu vaccine mandate. This is just one example of many (more below).

This is the most concerning form of coercion there is, because there are less protections here.

Not to mention, propaganda is already heavily engrained in the minds of employers — to the point they would shut down and go bankrupt over a phony virus scare — that this could just work.

It seems as if ‘high-risk’ workplaces may soon not be the only ones to adopt these measures.

The moves we are witnessing represent the culmination of a trend that has seen both public and private sectors introduce policies requiring vaccinations for work.

Some roles within Queensland Health, for example, are now designated as ‘Vaccination Preventable Disease (VPD) risk roles’. However, up until this point, it has been very specific.

In late 2018, the Australian government released a directive requiring all staff in ‘high-risk workplaces’ to provide information on their flu vaccination status, including restricting access to work in certain areas for those who refuse to comply.

Soon after, it was announced that provisions of influenza vaccination programs offered to all staff in residential aged care homes will become compulsory in Victoria.

We predicted in 2018 that the implementation of compulsory staff vaccinations were not long away. We are already here. Most workplaces already run non-compulsory vaccination programs, which may include mass clinics, mobile carts, posters and email reminders.

Some industries will not accept you as an employee without updated vaccination documents.

Media propaganda is strong enough to convince private sector employers that they simply need to develop a vaccination policy and then direct staff to comply with it.

All they needed was the right ‘crisis’ to get this premise over the line, and here we are.

Let’s think about this for a second: Just a few days ago Health Minister Greg Hunt told reporters that ‘No Jab, No JobSeeker’ is a likely measure the government will look to implement in the future.

Prime Minister Scott Morrison said he wanted to make it ‘as mandatory as possible’.

If employers see fit that sacking conscientious objectors to the COVID-19 vaccine is the ‘right’ path to take, then escaping this designed universal welfare system trap might not be as easy as it seems.

Let’s hope that enough employers across the country say NO to these draconian suggestions, including the 600,000 that are a part of the Council of Small Business Organisations Australia.

This country needs to take a real hard look in the mirror right now. What future do we want?

Let’s vote with our wallets and boycott any employers who do this.

If you are an employer who would like to make it known you will NOT be standing for this nonsense, please let us know and we can direct our audience to support those that support freedom.

Can the government, or my employer, force me to get a COVID-19 vaccine under the law? | The Conversation

No Jab, No Job: Next step of the vaccine debate? | TOTT News

TriHealth fires 150 employees for not getting flu shots | NBC News

One thought on “Calls for businesses to sack vaccine objectors”