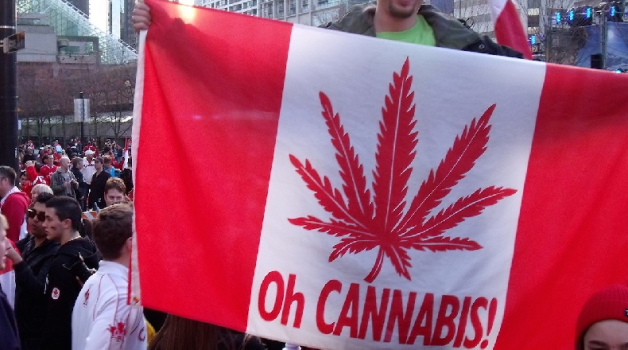 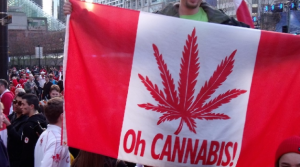 Canada has now awoken and the government there has finally ended the prohibition on smoking weed. There are of course still some restrictions and rules for pot smokers to follow but all in all the people of Canada are celebrating.

You still need to be 18 years or older to buy marijuana at any one of the 111 newly opened weed markets across the country (19yo in Ontario) and you can only grow up to four plants per residence.

But what about all the people that were punished and now carry convictions as a result of smoking pot or possessing pot in the past? Well the Canadian government has said that it will begin to issue pardons for everyone who was caught possessing 30grams or less of cannabis.

It’s a massive boon for the country and it’s commerce. Not only are retail outlets going to be popping up across the country but you can even legally order it online and have it delivered right to your door! Decriminalising and legalising drugs has also shown to destroy black markets in these areas and adding huge amounts of cash to the local economy and government coffers through taxation.

Canada is the 2nd country on Earth to fully legalise cannabis. Uruguay being the first. However with such a massive step forward the United States could be the next to forego the prohibition. Although still illegal at the Federal level, cannabis has been legalised and decriminalised in nine US states.

While our Commonwealth Brothers and Sisters in Canada can now enjoy weed without persecution, here in Australia we are still in the dark ages. Archaic draconian laws still say marijuana is 100% illegal. Only new laws regarding the use of medicinal cannabis have left a glimmer of hope for full legalisation.

Do the majority of Aussies support Canada and think we should do the same? A News.com.au survey shows that we do!

What’s the Cannabis law where I am in Australia?

Possession of small quantities of cannabis is decriminalised, attracting a fine similar to that for a parking ticket. However, penalties for growing cannabis have become harsher since the advent of widespread large-scale cultivation.

A person found in possession of 10 g or less of cannabis will receive a Cannabis Intervention Requirement notice to attend a mandatory one on one counselling session. Quantities larger than this attract a penalty of A$2000 or two years in jail, or both.

Possession and use of cannabis is a criminal offence. Diversion programs in these states aim to divert offenders into education, assessment and treatment programs. In New South Wales, if one is caught with up to 15 g of cannabis, at police discretion up to two cautions can be issued. In Tasmania up to three cautions can be issued for possession of up to 50 g of cannabis, with a hierarchy of intervention and referrals for treatment with each caution.

Similarly, in Victoria, up to 50 g of cannabis will attract a caution and the opportunity to attend an education program; only two cautions will be issued. In Queensland, possession of cannabis or any schedule 1 or 2 drug specified in the Drugs Misuse Regulation 1987 carries a maximum prison sentence of 15 years; however, jail terms for minor possession is very rare. Possession of smoking paraphernalia is also a criminal offence in Queensland. However, under the Police Powers and Responsibilities Act 2000 a person who admits to carrying under 50 g (and is not committing any other offence) must be offered a drug diversion program.

Possession of up to 50 g of marijuana, one gram of hash oil, 10 g of hash or cannabis seed, or two non-hydroponic plants can be fined A$200 with 28 days to expiate rather than face a criminal charge.

After all the devastation we’ve seen from the legal consumption of alcohol and minute negative impacts of cannabis consumption, isn’t it time we followed Canadas lead?

2 thoughts on “Canadabis! Recreational Cannabis Use Now Legal in Canada”