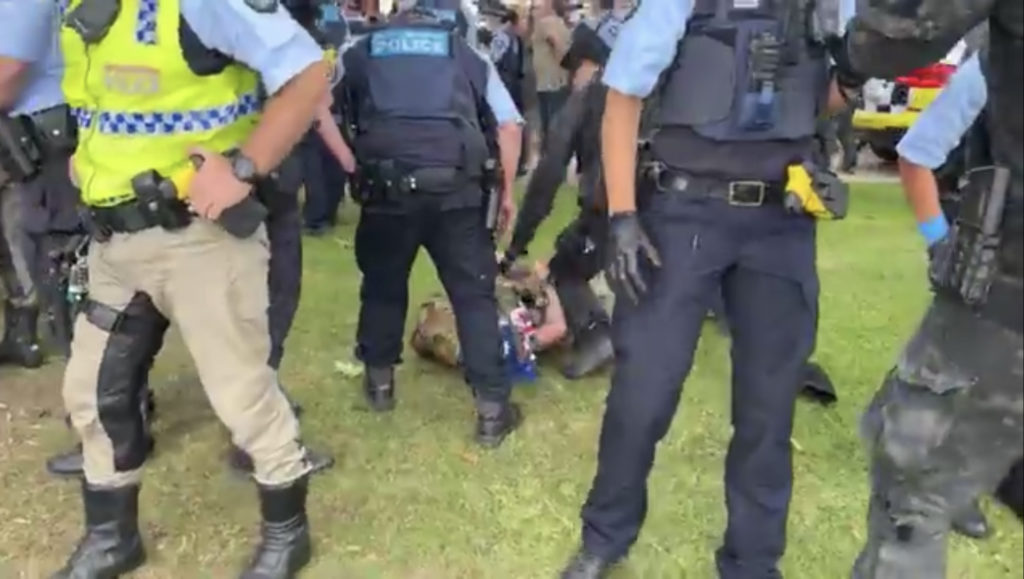 In the last two days, peaceful protesters have swarmed the entrance of Parliament House in Canberra and mobbed the Prime Minister outside the National Press Gallery in Canberra, in order to register displeasure at vaccine mandates.

Massive, unrelenting protests against vaccine mandates have dominated the nation’s capitals for months, but to no avail. Fed up with vaccine mandates which are ruining people’s health and livelihoods, a convoy of truckies and working class Australians has made its way to Canberra, as it is clear that state governments are completely unresponsive to the will of the people.

Inspired by events in Canada, more convoys are on their way to Canberra for what promises to be the mother of all protests on the weekend. They’re calling it the Camberra Convoy. Those already arrived are parked on the banks of Lake Burley-Griffin outside the National Library.

Today, police started harassing the peaceful protesters using tactics which have become all too familiar in Melbourne. You can watch the events unfold on a livestream which was recorded here. Things really pick up about the one hour mark.

Firstly there was a standoff at the gates, then police made their way into the camp and started taking number plates. Then for no reason, they would decide to assault/arrest people. They arrested an old lady. 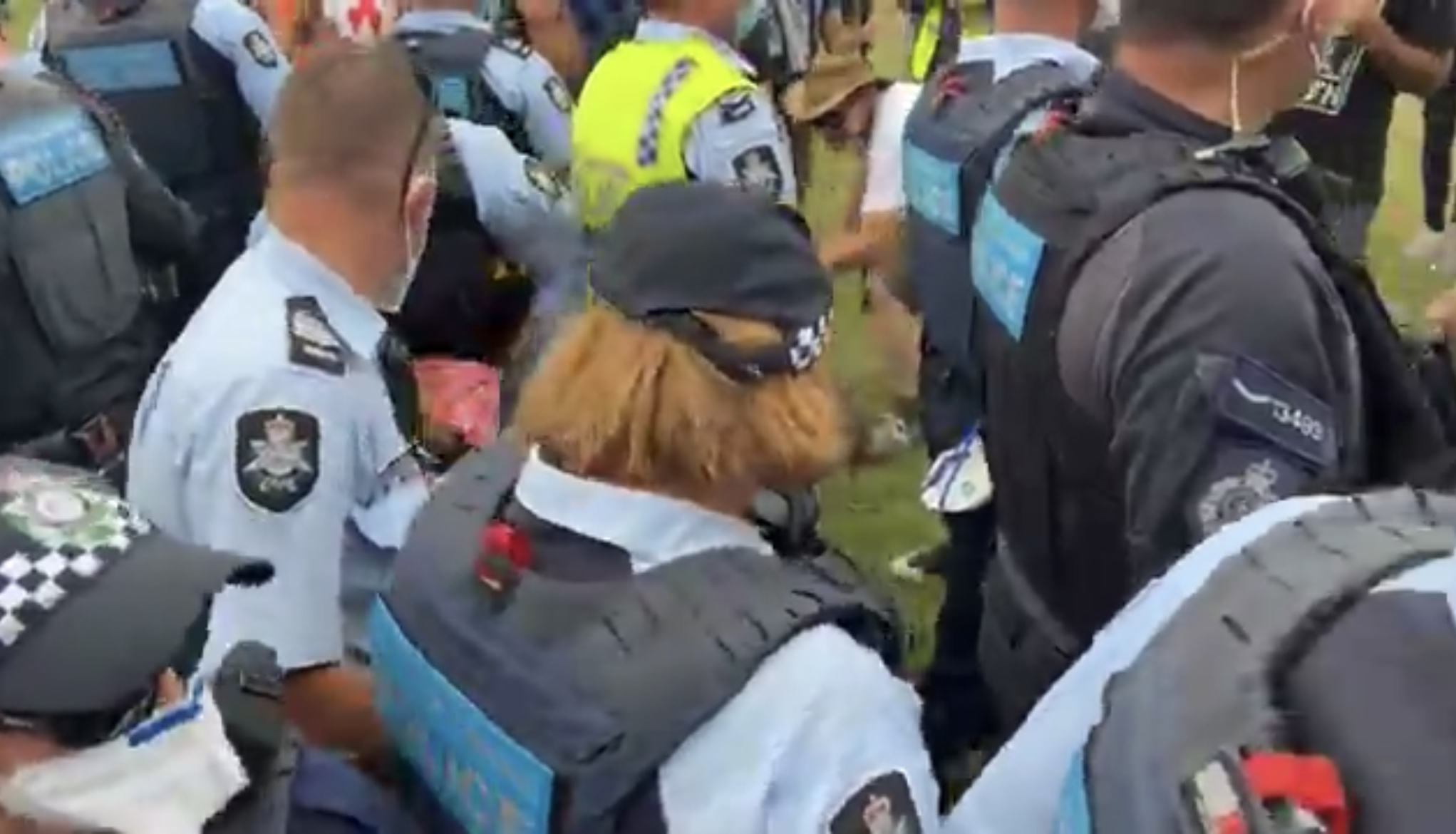 They formed a cordon around her and started moving towards their own vehicles. Doing so allowed them to knock into people who stood their ground who were subsequently assaulted/arrested. 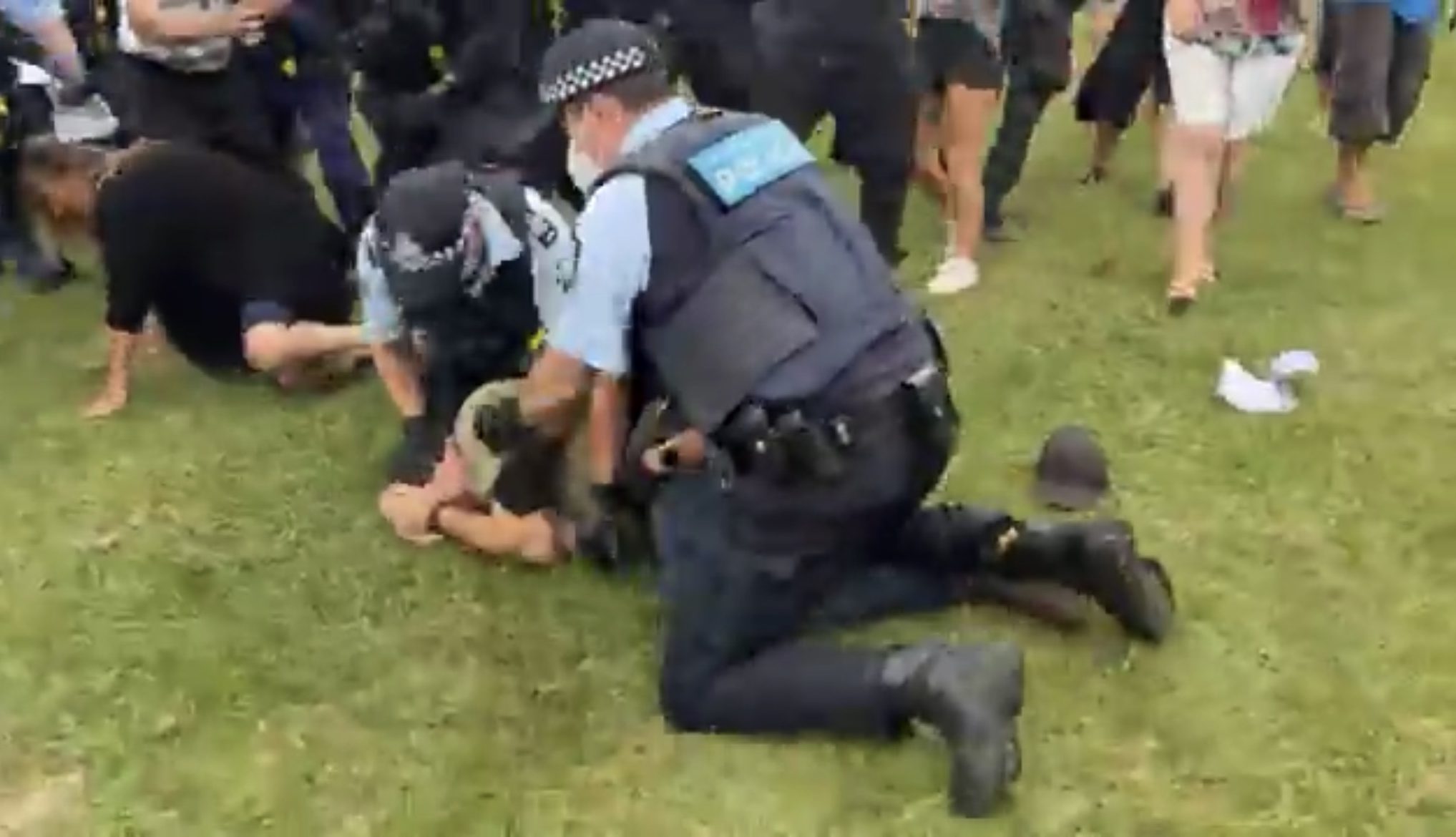 They’re one trick ponies. An old man was pepper sprayed and patched up. 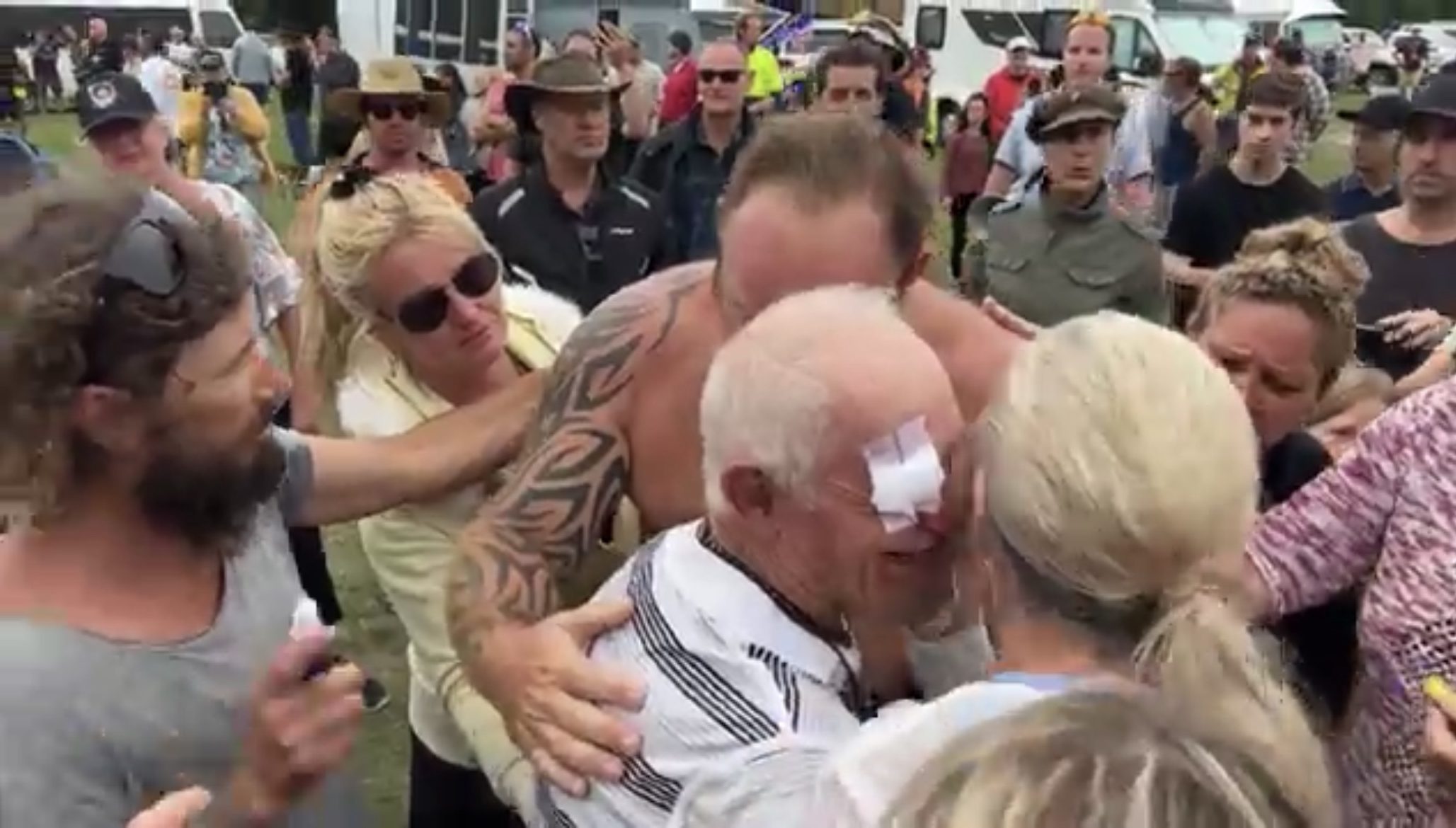 This shorter video below captures scenes from about the hour and a half mark of the livestream.

A man they assaulted/arrested was visibly bleeding. 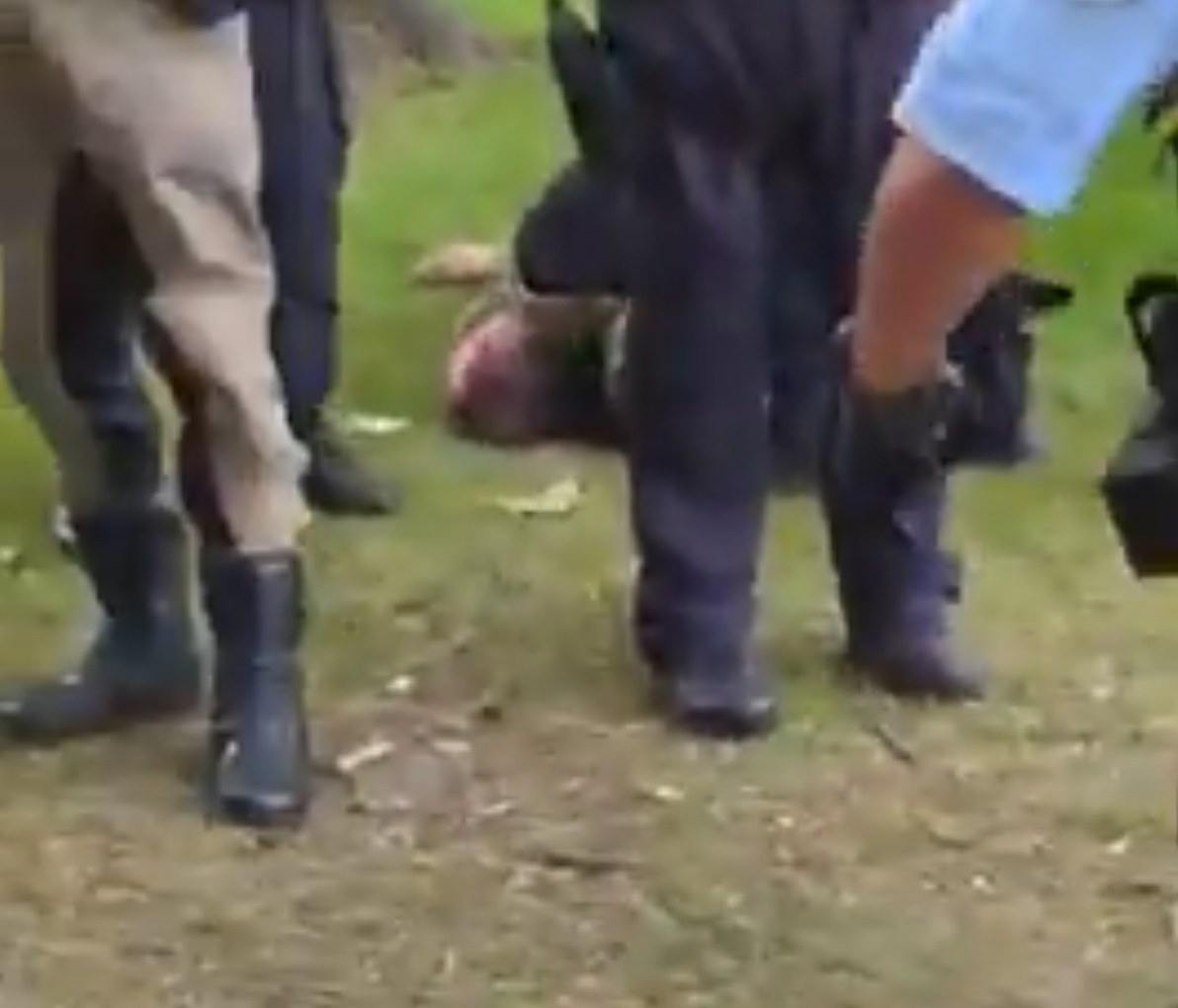 They then retreated in phalanx formation. 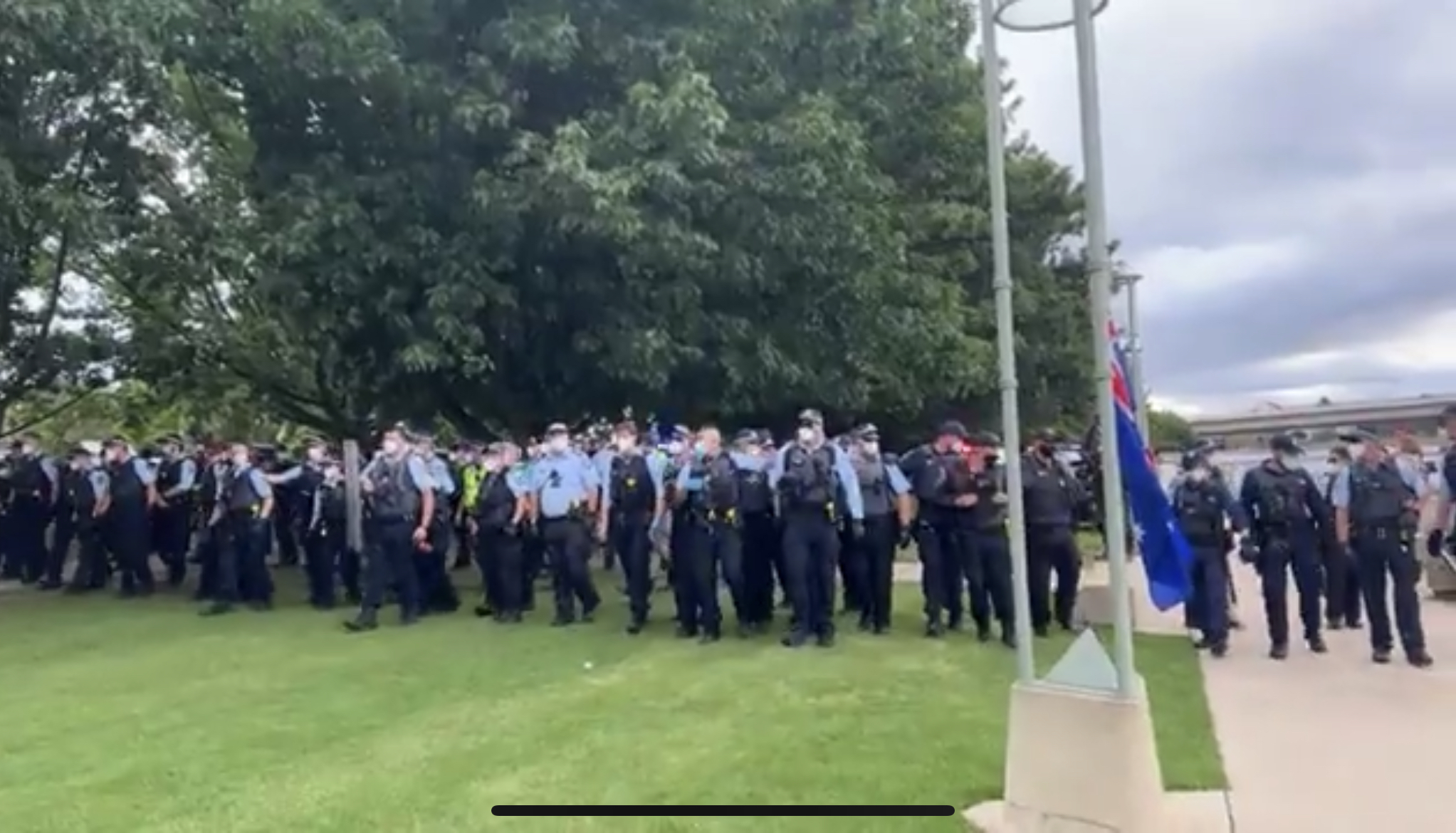 As proceedings wound down, black clad cops stood menacingly by an ambulance, implying that were it not for their presence, the peaceful protesters would attack the ambulance staff. It goes without saying that the only reason the ambulance was there in the first place was because the police deliberately moved in with the intention of provoking reasons to assault and arrest people. 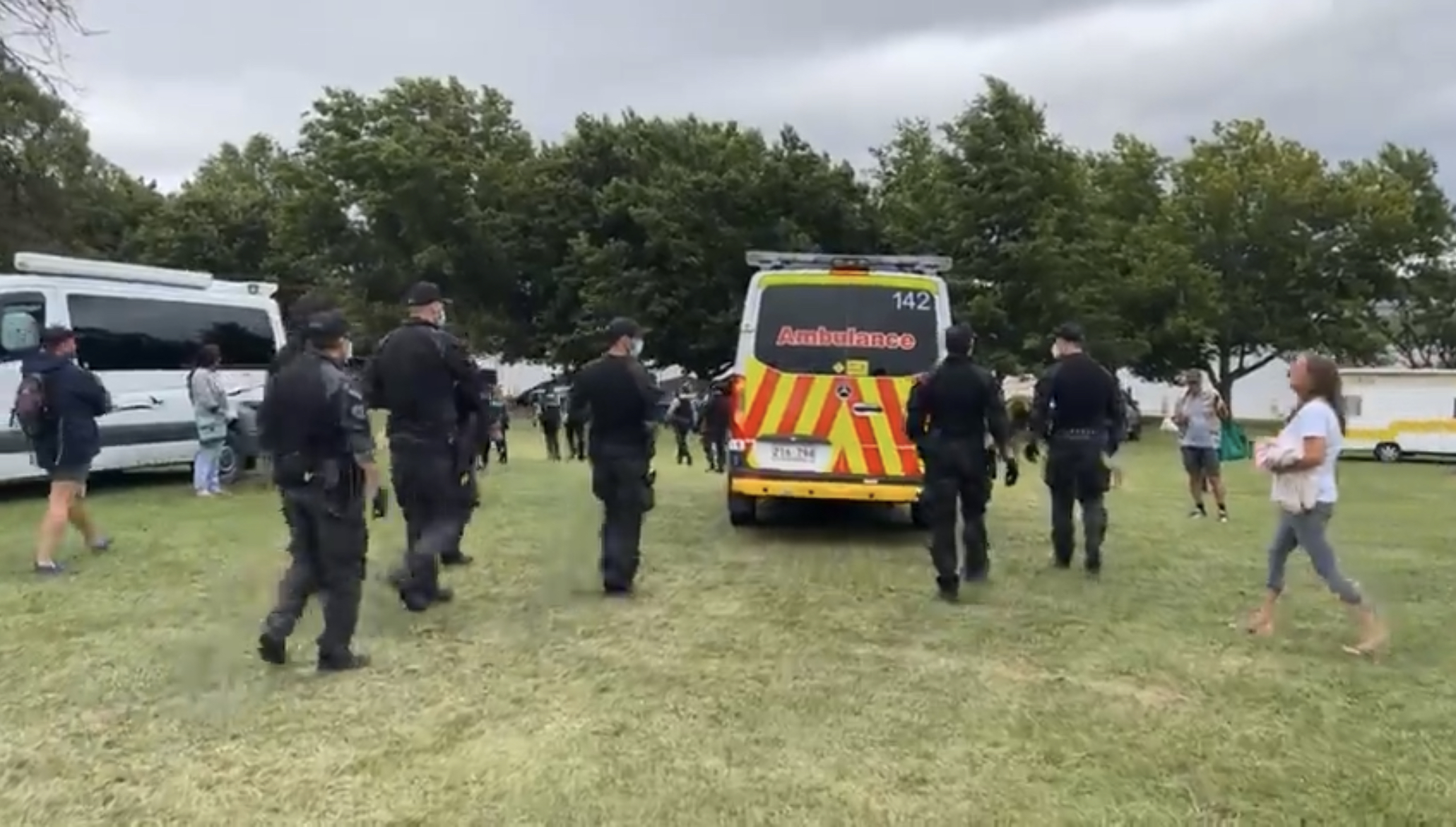 Undoubtedly the police will return in an attempt to ward off reinforcements of peaceful protesters. Rest assured this will not work and there will be a big protest in Canberra this weekend. Sadly, how peaceful the protest will be depends entirely on the police.