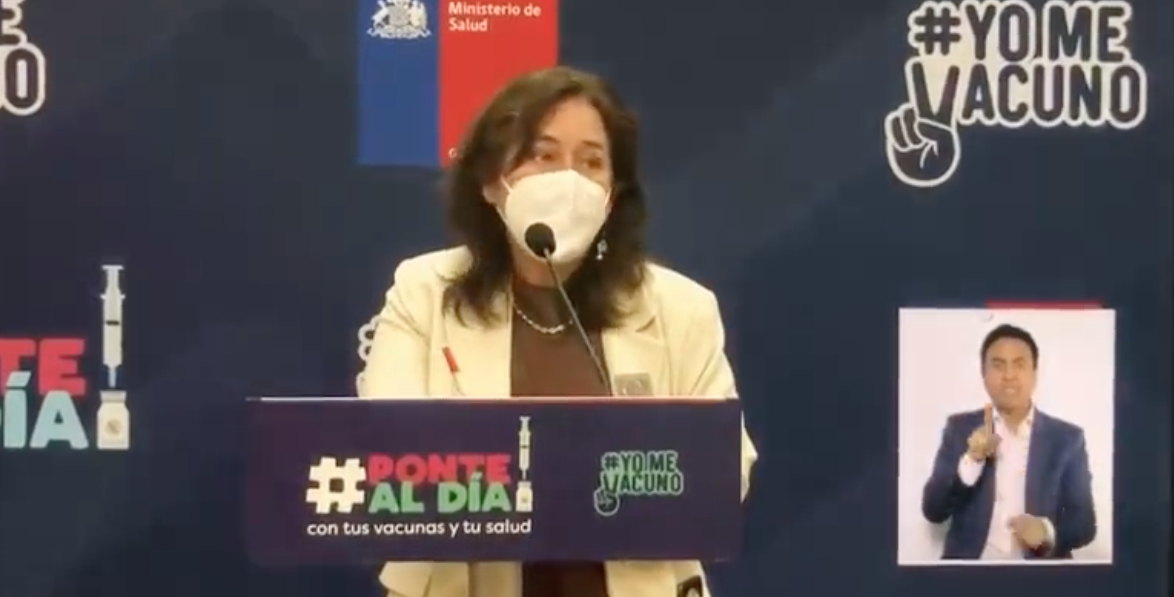 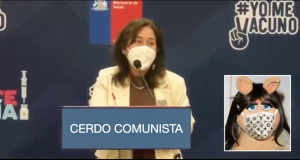 Chile’s health minister, in deep red, publicly and implicitly threatens the unvaccinated with coercive measures should they not be vaccinated against Covid-19. The country’s figures show that these experimental vaccines are not helping to contain the corona virus.

Although (or because?) Chile has one of the highest rates of vaccinated and boosted people in relation to Covid-19 in the world, not only does it continue to have high case numbers, but also still many admissions to hospitals and intensive care units, as well as deaths related to it the corona virus. This does not stop the country’s Minister of Health, Maria Begoña Yarza Sáez, from wanting to force the relatively few resistant citizens to these controversial vaccinations.

In a speech announcing the fifth (!) dose of the experimental Covid vaccines for the citizens of Chile, the politician, who until January 2022 was still a member of the Partido Socialista de Chila (PS) and at the Universidad de La Habana in Cuba studied: “The unvaccinated people are 1.6 million. We will address them directly. We know who they are, where they are, where they work, in which area. So it’s about addressing them directly. Individuals over the age of 18.” 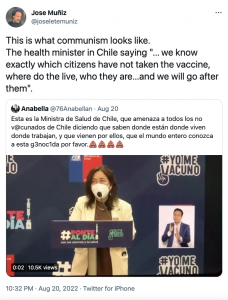 “Pure Communism” Do The Chilean People Really Want To Go Down This Path Again?

Meanwhile, several anti-vaccination protesters demonstrated in front of the minister’s house, after which she replied that the “vaccinations would save lives”.. And this, although the own numbers (Report24 reported) actually refute this, because the excess mortality in the South American country is still extremely high, which is probably due to the side effects of these vaccines, among other things. We see similar data in many other countries with high vaccination rates, such as Portugal.

Meanwhile, the Public Health Institute of Chile (ISP) has allowed Sinovac’s experimental Covid vaccine CoronaVac to be released to children as young as 6 months old.

Apparently, Chile is becoming a repressive socialist state in which state security could soon start hunting down unvaccinated people. And this despite the fact that in Chile of all places it became apparent very early on that the vaccination campaigns were not a savior, but rather pointless to the point of being dangerous…

Chile has one of the highest rates of vaccinated and boosted people in relation to Covid-19 in the world, so why is this Communist health minister threatening the few who remain Unvaccinated?