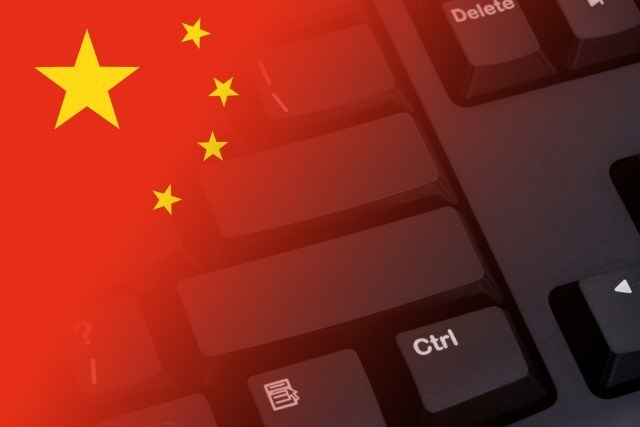 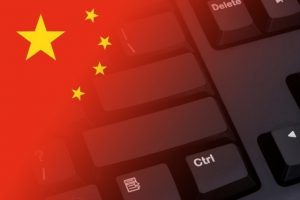 Over the last decade, the Chinese government has developed an armoury of tools to monitor, classify and repress the behaviour of 1.4 billion people.

The “Great Firewall of China”, as it is commonly referred, is a sophisticated system of internet censorship that has led to the restriction of social media, search engines and traditional websites.

In the following piece, we explore the chilling effects of government-approved reality on China and the world.

In a joint effort between government and telecommunications companies in China, a highly-restrictive internet firewall known as “The Great Firewall” exists to enforce state dogmas.

The system is the combination of legislative actions and technologies enforced by the Chinese government to regulate the internet domestically, and the role is to block access to selected foreign websites while slowing down cross-border internet traffic.

Through this system, China is able to control such a vast ocean of information through the largest system of censorship in the world, by restricting citizens from seeing ‘unapproved’ content online.

The reasons behind the Internet censorship in China include mass social conditioning — as the internet is a means for freedom of speech and dissemination — and control of information.

The Great Firewall is also a form of trade protectionism that has allowed China to grow its own internet giants to mirror the technocratic oligarchy seen in the West — Tencent, Alibaba, and Baidu.

The internet in China has been described as a “parallel universe” to the one that exists outside.

According to human rights group Freedom House, the system has left China having the least online freedom of the 65 major countries, with controls have reaching “new extremes.”

The system blocks content by preventing IP addresses from being routed through, and consists of custom DNS, proxy servers and other filtering mechanism.

Inside of this censored internet world, there’s little coverage of events such as the 1989 student protests in Tiananmen Square, and even Winnie the Pooh has been temporarily banned.

Internet cafés are regulated by the Chinese government, as well as extended clampdowns on virtual private networks (VPN) that have been used historically to circumnavigate the firewall.

Furthermore, foreign companies that want to operate on the mainland are forced to adopt practices often seen as invasive elsewhere, such as Apple, which created backdoors into protected products and built local data centers to comply with government requirements.

The technocratic firewall is the result of an ongoing campaign to restrict citizens perceptions in recent years, after the introduction of the internet almost proved costly for the communist state.

A TIMELINE OF CENSORSHIP

China hasn’t always restricted the web. When the internet formally arrived in 1994, it was relatively free and seen as an extension of the Open Door policy of tapping Western knowledge for reform.

In fact, before President Xi Jinping rose to power in 2012, the medium had begun to afford Chinese people an unprecedented level of transparency and power to communicate.

Popular bloggers, some of whom advocated bold social and political reforms, commanded tens of millions of followers to action across the country.

As its popularity grew, the Chinese government began to understand the capabilities of the internet as a surveillance mechanism, and the gates of censorship were open from here.

From 2000, the foundations of the Great Firewall were laid with the introduction of the Golden Shield Project, a database-driven surveillance system capable of accessing every citizen’s record to connect China’s security organizations.

Over the last decade, state authorities have introduced further reform to restrict access to content, leaving tens of millions of individuals without access to the outside world of their homeland.

THE BAN IN EFFECT

Since the election of President Xi Jinping, online restraints have grown tighter, particularly around the time of politically sensitive events like the death of Nobel Peace Prize winner Liu Xiaobo and the Communist Party Congress in 2017.

To begin, China began blocking Facebook’s WhatsApp messaging service, and focused on deleting or blocking specific content — chiefly, news and pornography — with the clear wider goal of such controls to prevent and disrupt collective action.

Beijing has moved to restrict the availability of VPNs, including by prosecuting Chinese businesses who sell VPN software on the mainland.

In the past year, people have been jailed for posting ill-advised comments — including in private chats — on via state government messaging services.

Furthermore, authorities make companies responsible for the content they show — even content generated by users — to encourage self-censorship in a country where the state licenses all media.

What’s more, the filtering and censorship technology was eagerly supplied for years by US tech corporations, as these capabilities were themselves built into internet hardware from the early days.

Today, the Chinese government employs at least 50,000 people to enforce censorship, barring websites it disapproves of and forcing search engines to filter out content considered harmful.

Through this system, China is setting an example that other authoritarian countries can imitate.

Most countries impose some sort of cyber control, like banning websites that promote hate.

In China, with more than half of its 1.4 billion people online, the state argues that restrictions are mostly about ‘maintaining social order’ and ‘safeguarding national security’.

The firewall blocks foreign news and search engines, creating a buffer against information that goes against the party line, leading to a chilling effect of self-censorship across the country.

Citizens remain blissfully unaware of any images of the world that sway from state-approved versions of reality, creating a dystopia of collective ignorance similar to those used by all oppressive regimes.

As well as impeding freedom of speech, China’s approach constrains individuals and businesses by stifling innovation, preventing the exchange of important ideas and cutting access to key services.

Authorities also reserve the harshest censorship and fear tactics, including detention and prison, for political and social activists — such as human rights lawyers, outspoken bloggers, and journalists.

China’s pursuit of online censorship challenges the belief that a digitally connected society will inevitably be a freer one – and sets an example for other countries across the world.

Critics argue that if China continues to succeed in imposing further restrictions on their citizens and online companies, the vision behind the founding of the internet — an unfettered global exchange of information — could be seriously compromised.

In Australia, we are beginning to see the foundations of a soon-to-be restricted internet in the future, leading many critics to express concerns about further moves to control the internet domestically.

In Australia, we have seen telecommunications companies begin to block content online in the aftermath of Christchurch streaming, and we have also seen the passing of highly controversial anti-encryption legislationthat gives authorities access to your devices.

Furthermore, Scott Morrison has now confirmed that world’s leaders will push social media giants to root out ‘terrorism and violent extremist’ content on the internet.

Research has indicated that suspicion one is being surveilled online leads to chilled speech and self-censorship, which has been more effective at blocking internet content than the firewall.

The priority of the Communist Party is to maintain its grip on power, explaining why censors have targeted unorthodox protest groups and individuals who spread anti-government dissent.

In Australia, we are continuing to see the introduction of anti-protest regulations at both a federal and state level, in addition to further monitoring and surveillance by Western tech companies.

These developments, combined with growing concerns for Chinese-inspired technology and an approaching ‘social credit’ model of surveillance, have have left privacy advocates asking: how long until pieces of the puzzle slide together incrementally in Australia?

You can learn more about the effects of internet censorship and self-censorship in China by picking up the book: ‘The Great Firewall of China’ by James Griffith.

Thank you to Full Member KurtisTante for the feature pitch and information!

Become part of our like-minded community and help support our operation by signing up.