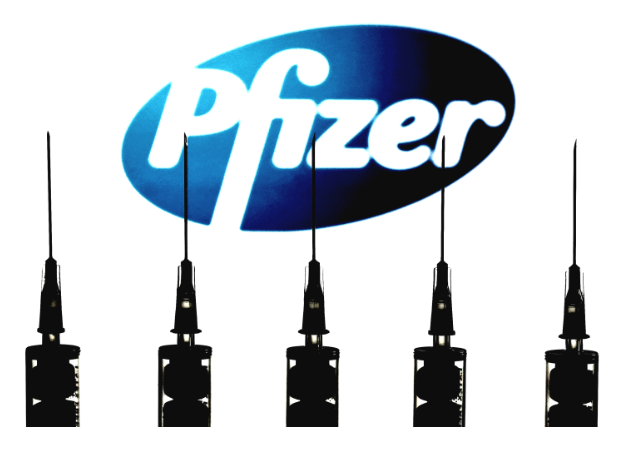 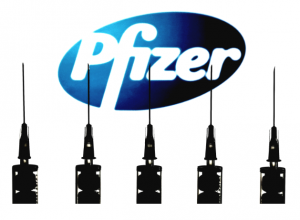 What are the consequences of this?

Well official UK data shows that cases of Ovarian cancer in 2021 were at an all time high, and the UK Medicine Regulator received over 40,000 reports relating to reproductive and menstrual disorders suspected as adverse reactions to the Covid-19 injections in 2021 alone.

The study, which can be found in the long list of confidential Pfizer documents that the FDA have been forced to publish via a court order here, was carried out on Wistar Han rats, 21 of which were female and 21 of which were male.

Each rat received a single intramuscular dose of the Pfizer Covid-19 injection and then the content and concentration of total radioactivity in blood, plasma and tissues were determined at pre-defined points following administration.

In other words, the scientists conducting the study measured how much of the Covid-19 injection has spread to other parts of the body such as the skin, liver, spleen, heart etc.

But one of the most concerning findings from the study is the fact that the Pfizer injection accumulates in the ovaries over time.

An ‘ovary’ is one of a pair of female glands in which the eggs form and the female hormones oestrogen and progesterone are made.

In the first 15 minutes following injection of the Pfizer jab, researchers found that the total lipid concentration in the ovaries measured 0.104ml. This then increased to 1.34ml after 1 hour, 2.34ml after 4 hours, and then 12.3ml after 48 hours.

The scientists, however, did not conduct any further research on the accumulation after a period of 48 hours, so we simply don’t know whether that concerning accumulation continued.

But official UK data published by Public Health Scotland offers some concerning clues as to the consequences of that accumulation on the ovaries.

Public Health Scotland (PHS) have a full dashboard on Covid-19 wider impacts on the health care system, found here, and it includes a whole range of data from mental health statistics to pregnancies, cardiovascular disorders data, and cancer.

The data available for all types of cancers shows that the total count of individuals suffering from cancer in 2021 was inline with the 2017-2019 average, but higher than the numbers recorded in 2020.

Unfortunately the data has a huge delay and as of March 2022 only covers up until June 2021.

However, data for the number of individuals suffering from ovarian cancer shows that the known trend in 2021 was significantly higher than 2020 and the 2017-2019 average.

On top of this we also have further official data from the UK that shows nearly 40,000 incidents of changes to period and unexpected vaginal bleeding had been reported to the MHRA Yellow Card scheme as adverse reactions to all available Covid-19 injections as of November 2021.

Up to the 17th Nov 21, the UK Medicine Regulator, the MHRA, had received 1,724 reports of menstrual disorders, 3,034 of menstruation irregularities, 5,068 reports of heavy menstrual bleeding, amongst thousands of other reproductive disorders, as suspected adverse reactions to the Pfizer Covid-19 vaccine.

In September 2021, Dr Victoria Male, a lecturer in reproductive immunology for Imperial College London, published an article in the British Medical Journal in which she states that a link between menstrual changes and the Covid-19 vaccination is perfectly plausible and should be investigated.

Dr Victoria Male concludes in her article that – “One important lesson is that the effects of medical interventions on menstruation should not be an afterthought in future research.

“Clinical trials provide the ideal setting in which to differentiate between menstrual changes caused by interventions from those that occur anyway, but participants are unlikely to report changes to periods unless specifically asked.

“Information about menstrual cycles and other vaginal bleeding should be actively solicited in future clinical trials, including trials of covid-19 vaccines.”

But perhaps more interesting than the article itself, is some of the responses that were received to it.