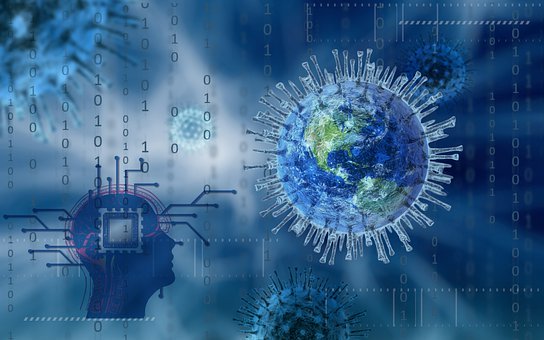 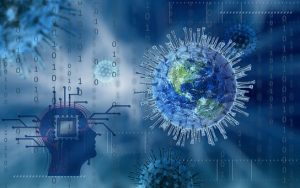 A recent New York Times article reported on a large study that concluded up to 90 percent of all US COVID cases are false-positives. [1]

There have been numerous reports of hospitals writing “COVID” on patients’ death certificates with no justification whatsoever. The CDC itself has stated that only 6 percent of reported US COVID deaths are FROM the virus. The rest are WITH the virus. This means something is very wrong. These mostly elderly people (the 94 percent) had prior medical conditions that were potentially lethal on their own. [2] [3]

According to law, significant fraud committed during a disaster is a felony, with a penalty of up to 30 years in prison.

Wouldn’t you expect a law-enforcement agency to be conducting an investigation of potential COVID fraud? After all, the lockdowns and the economic devastation are justified on the basis of…what? Case and death numbers.

Data. If the data are wrong, someone in the Justice Department should find that out.

A simple analogy: a rich man wants to buy a choice piece of land and build shorefront condominiums. Presently, there is a building on the land. The owner runs his business out of that building. His profit margin is slender. The rich man offers to buy the building, but the stubborn owner refuses.

One day, a building inspector shows up and does a full-on inspection. His report shows 20 code violations, some of them quite serious. The building owner must make major repairs, but he can’t afford them.

So he agrees to sell the building to the rich man.

But a local prosecutor receives a tip: the code inspector falsified his report.

An investigation ensues. To no one’s surprise, it turns out that, yes, the inspector committed fraud. In fact, there are no serious code violations.

Everyone understands this case. There’s nothing mysterious about it.

The US Department of Justice (DOJ) should be very interested in the possibility of COVID case and death number fraud. Suppose the true numbers are much, much lower than official reports indicate?

The lockdowns and the economic devastation would have been unnecessary. And unjustified.

I’ll sketch out what a DOJ investigation could look like.

DOJ analysts dig in and find out that, in every state where a lockdown was ordered, the governor was receiving his data on case and death numbers from his public health department. They, in turn, were getting their numbers from state institutions who were receiving federal money.

For instance, in State X, University Y’s epidemiologists were collecting data and calculating case and death numbers, rates, percentages, and so on. University Y was then sending data reports to the governor’s public health department.

So DOJ agents visit University Y. They seize computers and reports. They take names. They interview the scientists and tell them data fraud can land them in prison for 30 years.

This is how it begins.

Word quickly spreads in the medical/scientific community. The gravy train (federal money) is stopped on the tracks. Prison terms are a strong possibility. “I didn’t know the data were wrong” and “I was just repeating what other people told me” and “I did what I was ordered to do” aren’t going to fly.

The whole house of false data begins to collapse. The criminals make deals and roll over on each other.

This would be called Justice.

Of course, a very strong US Attorney General would have to take control of his Justice Department, and refuse to back down.

Equally important, he would have to overcome a blind spot about Science. It isn’t a holy of holies immune to challenge.

On one level, we’re talking about data. That’s it. False data.

What do you think bank fraud is about, and investment fraud, and money laundering, and cooked safety studies, and massive tax evasion? The DOJ makes these cases all the time.

They look for false data.

So look at COVID from the point of view of wrong data. There’s nothing holy or unchallengeable about it.

At different points in the communication network, people are committing data fraud.

As everyone in the public was told, when the computer age dawned, garbage in equals garbage out.

“But this is Science!”

No it isn’t. It’s data. Look at the reports. Analyze them.

On this simple direct level, the situation is no different from a broker telling clients that Company ABC stock is a great buy…and then the stock unaccountably and suddenly crashes, and it’s discovered that the broker fed the clients grossly wrong information.

SEC agents interview the broker. He says he was just acting on reports about Company ABC and its stock. Which reports? The ones compiled by a firm that makes investment recommendations. Well, how did that firm come to wrong conclusions? The firm obtained its information from yet another analytic outfit, and that outfit, lo and behold, ultimately got its data from Company ABC itself.

The SEC focuses on three executives in Company ABC. The executives built an elaborate lie. They invented data.

Company ABC was not a great stock opportunity. The Company was in deep financial trouble. When that fact emerged, the stock crashed.

This was no mysterious economic puzzle only Nobel Prize winners could understand.

In the same way, COVID case and death number fraud isn’t a complex science labyrinth only the experts can navigate.

It’s a question and answer. Yes or no.

DOJ agents and their educated white-collar analysts and veteran statisticians can sit down with Anthony Fauci and Robert Redfield and get their answers. Fine. But other interviews can be conducted with scientists like Scott Atlas and John Ioannidis.

A reader may be thinking, “I know already the answers.” Sadly, this is not my point in this article. If the Department of Justice can come to know the answers, and then prosecute the criminals, and put the fear of prison into countless other enablers, then all of us win.

If the DOJ refuses, if the Attorney General doesn’t have the stomach for the battle, then we still have the courts.

We have, for example, the recent decision in the Pennsylvania case, where a federal judge ruled that the governor’s lockdown measures were violations of Constitutional freedoms.

Most importantly, there is the Ohio case I’ve been writing about, and the small-town lawyer, Tom Renz, who is relentlessly pursuing a suit against the state governor. One part of that suit is very definitely a challenge to the official case and death numbers.

Mr. Renz has a lineup of expert witnesses, who can establish fraud.

As Mr. Renz builds his organization, I soon hope to have a link to publish, so people can donate to his legal fund. He can use our help.

The information age is not new. For centuries, leaders have been using false data to sell stories that put their populations under the gun. Here and now, a leader who, instead, wants an open and free society, can make his power and influence count.

Can someone tap US Attorney General Barr on the shoulder and tell him that?

Among my readers, there are people who work in the field of information technology. They should tell their colleagues and friends COVID has a straight-out DATA problem. Spread that word. It’s easily grasped. It takes the sacred “science” generality out of the equation.