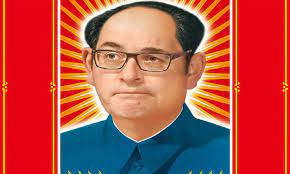 Dan Andrews leads a rotten government and a rotten party. He should resign — now

The Victorian Labor Party is deeply corrupt. So why has the man who has led it for more than a decade seemingly dodged all accountability?

How does Dan Andrews keep getting away with it? The Victorian Labor Party he has led for more than a decade is rotten to the core. His government is tragically inept. And yet he sails through scandal after scandal, insisting that somehow it’s not a reflection of his own standards as premier and party leader.

The report on branch stacking within the ALP released by the Independent Broad-based Anti-Corruption Commission (IBAC) and Victorian Ombudsman yesterday is scathing. Public resources were misused by ALP ministers — most notably by Adem Somyurek (key IBAC quote: “In the faction’s misuse of public resources, Mr Somyurek led from the front”). Somyurek’s absurd claim that the report exonerated him was specifically rejected by the ombudsman.

Staffing jobs were used for internal political work and nepotism — instead of serving the public, appointees worked, sometimes full-time, on factional hackery, or never showed up for work at all. Attempts were made to misdirect grants to factional mates. The report finds there was a culture of branch stacking within the Victorian ALP that went beyond Somyurek’s faction, and the misconduct was openly or tacitly condoned by senior figures in the party.

The ombudsman and IBAC, the latter carefully and conveniently prevented by legislation from suggesting its subjects may have broken the law, went out of their way to explain that no laws were broken only because laws against abuse of public resources and misuse of office are so vague in Victoria as to be practically unenforceable.

As for the premier himself, the report states:

Andrews agreed that he had been aware of widespread recruiting of non-genuine members over the previous few decades and that there had been people who had paid for the memberships of others over a long period. He also agreed that the practice was not limited to one faction and occurred ‘across the board’ … Andrews denied any personal knowledge of or involvement in such practices … Andrews agreed that branch stacking was a serious problem and that it could amount to a corruption risk in the sense that it could lead to the misuse of taxpayer or public funds in the pursuit of factional activities. He agreed that elimination of branch stacking was necessary to eliminate the risk of corruption.

Andrews’ evidence surely doesn’t add up. He says he somehow knew but didn’t know. He’d heard about such practices, but not any details of who might be doing it. He “made the distinction between having suspicions about people who might be engaging in the practice and having actual knowledge of specific people who engaged in such practices”.

Seriously — the man has been leader for 12 years, premier for eight, suspects something is happening that is “a serious problem” and “a corruption risk” — and seems to do nothing about it. Indeed, he appoints as minister the man identified by IBAC as the leader of branch stacking and misuse of public resources, and then reappoints him in 2018 after he was dumped for alleged bullying.

And, conveniently, after another colossal scandal involving the misuse of taxpayer-funded staff — the notorious red shirts scandal — Andrews’ legislative fix for that outrage, and his subsequent changes to the ministerial code of conduct, failed to address the problem.

For a premier suspicious that branch stacking was occurring, and required by the red shirts scandal to fix the misuse of taxpayer-funded staffers, Andrews did virtually nothing about the problem.

Now he says, “I take full responsibility for that conduct — that is what the top job is about”. If the term “full responsibility” had a shred of meaning, rather than now being a glib political cliché designed to avoid any responsibility, Andrews would have resigned immediately.

Instead it seems that — like Scott Morrison, another leader of a putridly corrupt government — Dan Andrews will have to be removed by voters.

Doubtless there will be plenty who will say, “what about the Liberals?” The Victorian Liberals. The federal Liberals. The NSW Liberals. But so what? You don’t get to be selective about standards in public life. If you railed against corruption under Morrison, or in NSW, or against the sinister links of Victorian Liberals, then you should be demanding Dan Andrews go now. But Danistans will always invent a reason why he’s innocent/it’s all just a media plot/it’s not important.