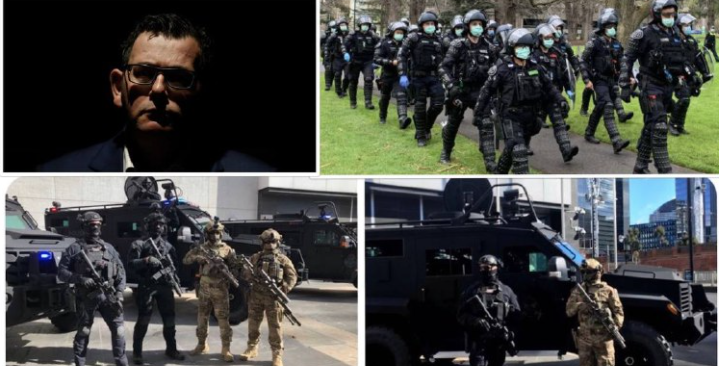 This mad dictator has violated s114 of the Australian Constitution by raising a MILITARY force to deploy against the citizens of Victoria that oppose his dictatorial policies; the world’s longest lockdown and violations of human rights by forced injections of an experimental agent which has zero long term safety data.

Our forefathers wrote the Constitution to protect Australians from men of the ilk of Dan Andrews. Section 114 prevents states from raising military forces – what we are witnessing on the streets of Melbourne, is not a police force, but military force attacking unarmed citizens with a complete disproportionate use of force. 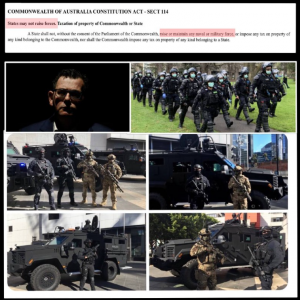 Daniel Andrews and Chef Commissioner Of Police, Shane Patton continue targeting the innocent people of Melbourne with hordes of hateful and vicious GOON forces and the world must see this shocking violence.