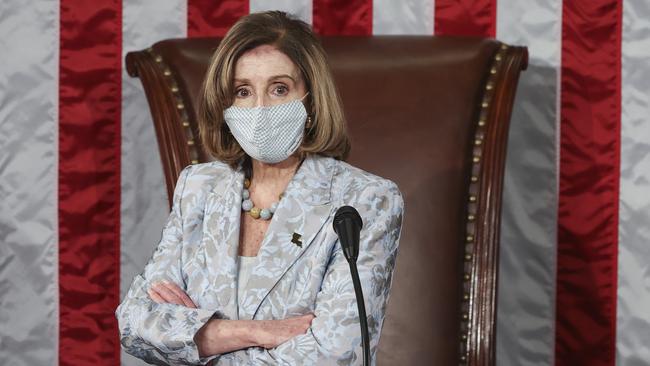 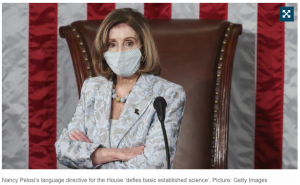 Let’s hear it for the aunts and uncles of recent memory. If Nancy Pelosi, the Speaker of the US House of Representatives, has her way they are destined to be termed a “parent’s sibling”.

On New Year’s Day, Pelosi introduced a resolution into the house setting out rules for the 117th congress. Section two includes changes to the standing rules. During the next two years, new gender-inclusive language will outlaw such terms as “father, mother, son, daughter, brother, sister, uncle, aunt” and so on.

They will be replaced by “parent, child, sibling, parent’s sibling”. It’s easy to make fun of such rules and wonder what will become of the likes of Mother’s Day and Father’s Day. However, this action is a strike at the ordinary language of Americans.

No doubt the gesture will go down well in San Francisco where the Democrat liberal (in the American sense of the term) or leftist Pelosi lives in luxury inside a gated community. But it is likely to be opposed by most Americans — and not just the 74 million who voted for President Donald J. Trump last November.

Despite what many Trump critics say (including some journalists who should know better) the outcome of last November’s elections was very close. In the electoral college (which determines the outcome of presidential elections) Joe Biden prevailed over Trump by 306 to 232 votes.

This was a reverse of the margin by which Trump defeated Hillary Clinton in 2016.

The nationwide popular vote is of no moment when it comes to deciding the occupant of the White House. Like Clinton, Trump lost by about 50,000 votes across three states.

In the House of Representatives, the Democrats performed poorly and the Republicans picked up seats. On Tuesday (US time), the Democrats narrowly defeated the Republicans in the run-off elections for two Senate vacancies in Georgia. The US Senate is now divided 50-50, which gives US vice-president elect Kamala Harris a casting vote.

In short, as of January 20, the Democrats will control two of the three arms of the US government — the White House and congress. But conservatives will continue to outnumber liberals in the nine-member US Supreme Court.

Consequently, the US remains a politically divided nation — as witnessed by pro-Trump protesters storming the Capitol building on Thursday AEDT — with the Democrats’ current majority in the house and maybe in the Senate threatened at the November 2022 midterm elections. In view of this, it does not seem politically wise for Pelosi to be setting about to change English language usage from the top down.

Pelosi’s language directive for the House is the latest act in what has been called the left’s cancel culture.

We have become familiar with the demands of the left-wing activists to censor the written and spoken word by demanding that those with whom they disagree become silent on political and social issues. Now this has spread to what should be said on the floor of congress and within the documents of the US lower house.

Not surprisingly, there has been opposition to Pelosi on this issue from within her own party.

She added that the change in word usage was “mind-blowing because it shows just how out of touch with reality, and the struggles of everyday Americans, people in congress are”.

This week British actor Rowan Atkinson gained international attention after he told the British magazine Radio Times that the “cancelling” of individuals was a threat not only to the victims of such censorship but to the future of free speech itself. He added: “It’s important that we’re exposed to a wide spectrum of opinion … what we have now is the digital equivalent of the medieval mob roaming the streets looking for someone to burn”.

Atkinson’s views are in line with those of actor and presenter Tony Robinson with whom he co-starred in Blackadder. Robinson told the London Daily Telegraph last yer that censoring intellectual unfashionable opinions of others “is walking the path of the devil”.

Quite so, even if the language is a bit flowery. But Robinson, a man of the social democratic left, seems unaware that the left has been into political censorship for decades. During the Vietnam war in the late 1960s and early 70s, for example, supporters of the Allied commitment to defend the anti-communist government in (then) South Vietnam were frequently silenced on campuses in the US, Australia and elsewhere.

The problem in recent times is that the emergence of social media has facilitated the cancel culture. Those public figures who have recently challenged the leftist orthodoxy with respect to causes and expressions exhibit considerable intellectual and at times personal courage.

Yet the likes of Atkinson, Julie Burchill, Germaine Greer, Barry Humphries, Robinson and JK Rowling are famous and wealthy enough to survive the current censorship. Not so many others.

As Evan Gerstmann pointed out in Forbes magazine last September, a relatively low-paid teacher in the US was “fired for inadvertently failing to address a student by his self-identified gender pronoun”. The teacher had four children to support and lost not only his income but also his health insurance.

The advance of the cancel culture reflects the view of Swiss psychiatrist Carl Jung that emotions are contagious. Once a view becomes fashionable within one group it can rapidly spread to others. Social contagion works in many ways. But, right now, it is adversely affecting those with right-of-centre and conservative views.

In Australia, the cancel culture is advancing within tertiary education, schools and the public sector. Sometimes it manifests itself not in open condemnation but in failing to extend invitations to conservatives to appear on forums on the ABC, for example.

Fortunately, Pelosi’s language directive is yet to apply in Australia. But stand by for the day when Graham Greene’s Travels with My Aunt may be retitled “Travels with My Parent’s Sibling”.

Gerard Henderson is executive director of the Sydney Institute.