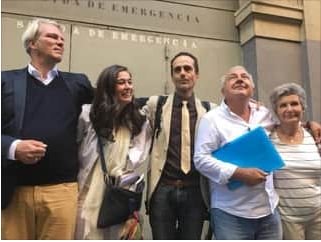 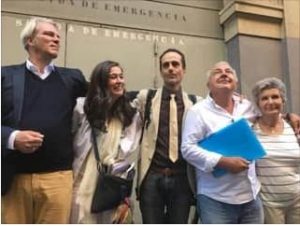 With the participation of hundreds of professionals from all over the world, “Doctors for the Truth” stated that Covid-19 is a false pandemic created for political purposes. They urged doctors, the media and political authorities to stop the operation, by spreading the truth.

In a context of great excitement and worldwide expectation, the Doctors for Truth Association was presented at a press conference on Saturday, July 25 in Madrid.

The group, led by doctors Natalia Prego Cancelo and Angel Luis Valdepeñas, made a direct connection with the extra-parliamentary commission of doctors from Germany, the Epidemiologists group from Argentina, and doctors from the United States and Argentina.

The event began with the intervention of Heiko Schöning, representative of the German Extra-Parliamentary Commission for the Study of the Coronavirus. There were online interventions by professionals from Argentina and the United States. It concluded with a review of the 4 fundamental points of interpellation to the Government and Spanish authorities by the Association of Doctors for Truth.

The presentation, in an event room of the Madrid Press Palace, was attended by more than 400 people, including general and alternative media, doctors, and assistants. Data, figures, analysis and reflections were exposed that show the incoherent and harmful nature of the measures that are being applied worldwide pertaining to Covid-19.

Brazil’s Bolsonaro, “More Doctors” from Cuba , and a Déjà Vu

“A world dictatorship with a sanitary excuse.”

“This is a world dictatorship with a sanitary excuse,” was stressed at the end of the meeting. Doctors agreed that:

“There are crossed toxic patterns,” said Angel Luis Valdepeñas. “On the one hand, the electromagnetic contamination of fi5v-ghee, and on the other, the influence of influenza vaccination. There is an interaction and empowerment, which must be investigated”.

Angel Luis Valdepeñas underlined at the end of the meeting:

“We must tell our governments that they NEVER OCCUR to compel us to vaccinate, or even recommend it, for the slightest sense of prudence.”

Valdepeñas concluded his final intervention asking the press for “an effort of responsibility that we have not seen so far”, and criticized the “continuous bombardment of information on the pandemic, without weighing neither the quantity nor the quality of the information”. The doctor indicated that when the media talk about “new outbreaks”, they should clarify that these are only positive tests, but that 98 percent [of the population] are “healthy, asymptomatic people.”

At the end of the event, the panelists took to the streets followed by the numerous attendees to the cry of Freedom!

Together they walked to the Plaza de Callao, the usual meeting place for the 2020 Movement. There they chatted, for more than 2 hours, with attendees and people who had not been able to access the room.

However, this too may get the chop, when the ‘fact-checkers’ decide something here is not in line with Govt. policy.

This was originally published by Contra información on July 26, 2020. Translated by Mark Taliano