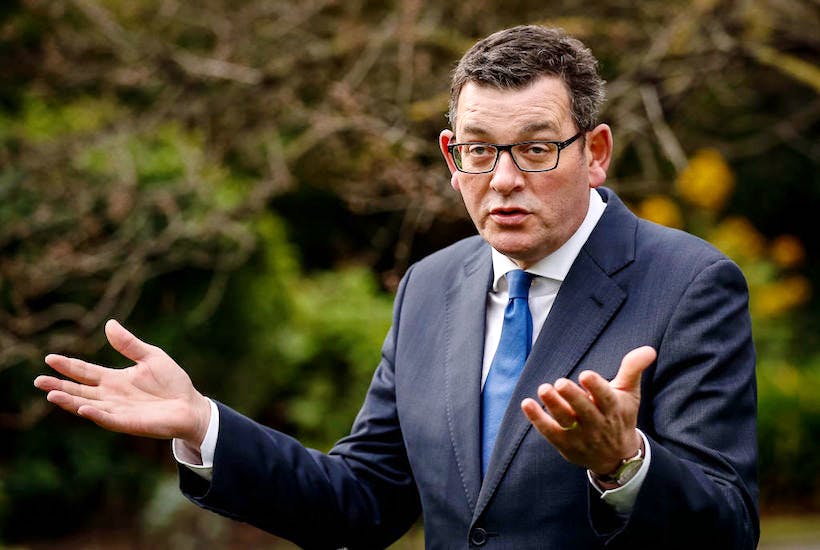 Downfall Of A Vicious Tyrant?

Since Covid hit, Daniel Andrews has been perched atop his throne, ruling Victoria with an iron fist. There has been no end to the extent he would go to in the name of “keeping Victorians safe.” Lockdowns, restrictions, mandates – he has had them all. His state has resembled a prison, with Melbourne becoming infamous for claiming the title of most locked-down place in the world. For the last two years, Dictator Dan has been seemingly untouchable. That is, until now.

For much of the last few weeks, the talk of the town has been Dan’s permanent pandemic bill. It has been widely discussed, with legal experts, including 60 QCs and the Victorian bar, and others with common sense opposing it in all its tyrannical nature. The bill was the Premier’s key to unlocking almost unlimited power and control over the people of his state. After some deals with the crossbench in Victoria’s Legislative Assembly, it was practically inevitable that the Bill would pass through both Houses and into law, making Dictator Dan a reality.

But just when we thought all hope was lost, there was a twist of fate, and along came an unlikely hero — or a spanner in the works, anyway.

On Wednesday afternoon, Adem Somyurek, a man who has been plagued by investigations by the Independent Broad-based Anti-corruption Commission into branch-stacking, someone we all could be forgiven for forgetting was still a member of the Victorian Legislative Council, handed over his proof of vaccination to Victorian Parliament and was admitted to Parliament House.

And so began the swirl of speculation that the unthinkable was about to unfold. Without Somyurek’s vote, the numbers would fall out of the Premier’s favour, and leave his Bill in the dust.

As protestors gathered outside Parliament for a fourth consecutive night, Somyurek took to the Herald Sun with an op-ed tearing apart Dan’s bill, writing “it gives too much power to the government.” With that, the rumours were confirmed – Somyurek was going to be the silver bullet that would deal the fatal blow to the bill, and along with it set fire to Daniel Andrews’ hopes and dreams of becoming an all-powerful dictator.

It is, in essence, one of the greatest political revenge stories of our time.

See, this does not just affect a single bill. It goes much further than that. Daniel Andrews was rushing this bill through the Parliament not just because he wanted the degree of power and control it would grant him as soon as possible, but because he has run out of legal power to extend the pandemic, and with it all the restrictions.

This is not just the bill. It is the whole reign of tyranny. With the death of this bill, the emergency powers expire in December, specifically on December 15, and Andrews loses complete control of the state.

That is what makes this move from Somyurek so enthralling. Not only has he potentially torn Dan’s beloved bill to shreds, but he has also brought the whole show crashing down. The empire Dan has built has begun to crumble, his opponents celebrating, laughing at the man who thrives on instilling fear. The dictator’s throne has been whipped out from underneath him, leaving only a meagre footstool for Andrews to spend his days sat upon contemplating what could have been.

Thanks to Somyurek, Victorians are likely to be free in every sense of the word sooner than they would have thought. Andrews has already pulled a number of restrictions in the aftermath, although many are still in place for those who have chosen not to take the vaccine. While this is not yet perfect, it is progress, and is in some sense an admission of defeat. It is a last gasp of control, an attempt to sate an addiction, a man weening himself off the immense power he has obtained, knowing that it is likely to end in a matter of weeks.

The only hope Daniel Andrews has of retaining that power lies in convincing a crossbencher in the Upper House to come over to the dark side and become one of the most despised politicians in Victoria. He needs one person to flip in order to make up Somyurek’s vote and pass the bill. The likelihood of this occurring is low. Given all the cross-benchers bar Fiona Patten and Andy Meddick have indicated their opposition to the bill, it is unlikely Andrews will be able to find one who is willing to sell out Victorians for the Premier to gain unprecedented powers.

Even with amendments made to the bill, there is still strong opposition to it, given the amendments do little more than provide a façade that there are adequate checks and balances in place to prevent what would essentially be a dictatorship from occurring. The bill remains dangerous to the rights and freedoms of Victorians, and to democracy itself.

With Dan’s bill practically dead in the water, Adem Somyurek has been hailed as an unlikely hero. His antics – first the handing over of vaccination status, then writing the op-ed in the Herald Sun — have the air of Paul Keating’s famous line of doing him slowly. Having been the head of a faction of the Victorian Labor Party, Somyurek clearly has a knack for strategy in this regard and has played Daniel Andrews like a fiddle. His actions are not only a massive blow to Dictator Dan, but a huge middle finger to the Labor Party.

If anything, Somyurek’s revenge will be the sweetest of all, not only for him, but for Victorians and Australians all over the country who have watched and waited for this day to arrive.

Dictator Dan is about to be dethroned.