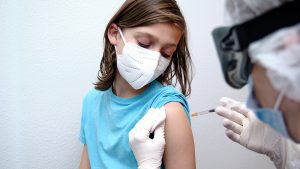 Seneff, who works in MIT’s Computer Science and Artificial Intelligence Lab, expects a major uptick in prion diseases like Parkinson’s due to the way these injections work.

“Through the prion-like action of the spike protein, we will likely see an alarming increase in several major neurodegenerative diseases … with increasing prevalence among younger and younger populations,” Seneff wrote with the help of Greg Nigh back on January 3 in the International Journal of Vaccine Theory, Practice, and Research(IJVTPR).

Seneff further told Ingraham that based on everything she has learned so far about the shots, it is absolutely outrageous to be administering them to children, especially since they have an almost zero risk of dying from covid.

“When you look at the potential harm from these vaccines, it doesn’t make any sense,” she explained (watch the full segment below). “And repeated boosters will be very devastating in the long term.”

Covid shots flood the spleen with deadly spike proteins, which is where neurodegenerative diseases start

As is now becoming widely known, the injections do not stay in the arm. They upset muscle cells which generates a substantial immune response. These immune cells then absorb the nanoparticles inside the jabs, causing them to generate massive amounts of spike proteins.

“They start making spike protein, the particles basically get your cells to produce lots and lots of spike protein in a hurry – spike is the most toxic part of the virus,” Seneff says.

“And these immune cells then rush into the lymph system, many of them end up in the spleen which is where you want them to be to produce the antibodies, that’s the goal.”

This then invokes an immune response that causes antibodies to be produced, however the dangers associated with this are immense.

“The problem is that those germinal centers in the spleen are really the central place where Parkinson’s disease develops, and probably many other neurodegenerative diseases,” Seneff warns.

“But for Parkinson’s it’s been very well laid out that you get prion-like proteins even from infections in the gut, immune cells take them to the spleen, to those germinal centers, and then they start spewing out exosome, these are little lipid particles that are released by the cell, unloading that toxic protein and shipping it along the vagus nerve to the brain.”

Seneff is a well-respected expert in this area of study and has spent much time diving deep into the implications of these injections for human health. Based on everything she has uncovered, she says the shots are “a perfect setup” for the development of Parkinson’s and other neurodegenerative disorders, and that parents “should do everything they can to avoid” letting their children be subjected to these poison shots.

“So don’t inject the kids to save the kids but keep injecting the adults so that the kids will become orphans?” asked one viewer at Brighteon about how the concern only seems to be about children. “The world is lunatic crazy.”

Another one wrote that none of this is really shocking when considering the fact that governments “have a long history of experimenting on the population in the name of national insecurity.”

“It sounds like the covid narrative is giving both corporations and governments opportunity to do mass experiments upon the public without any liability or accountability or culpability,” this same person added.

More of the latest news about Wuhan Flu shots can be found at ChemicalViolence.com.