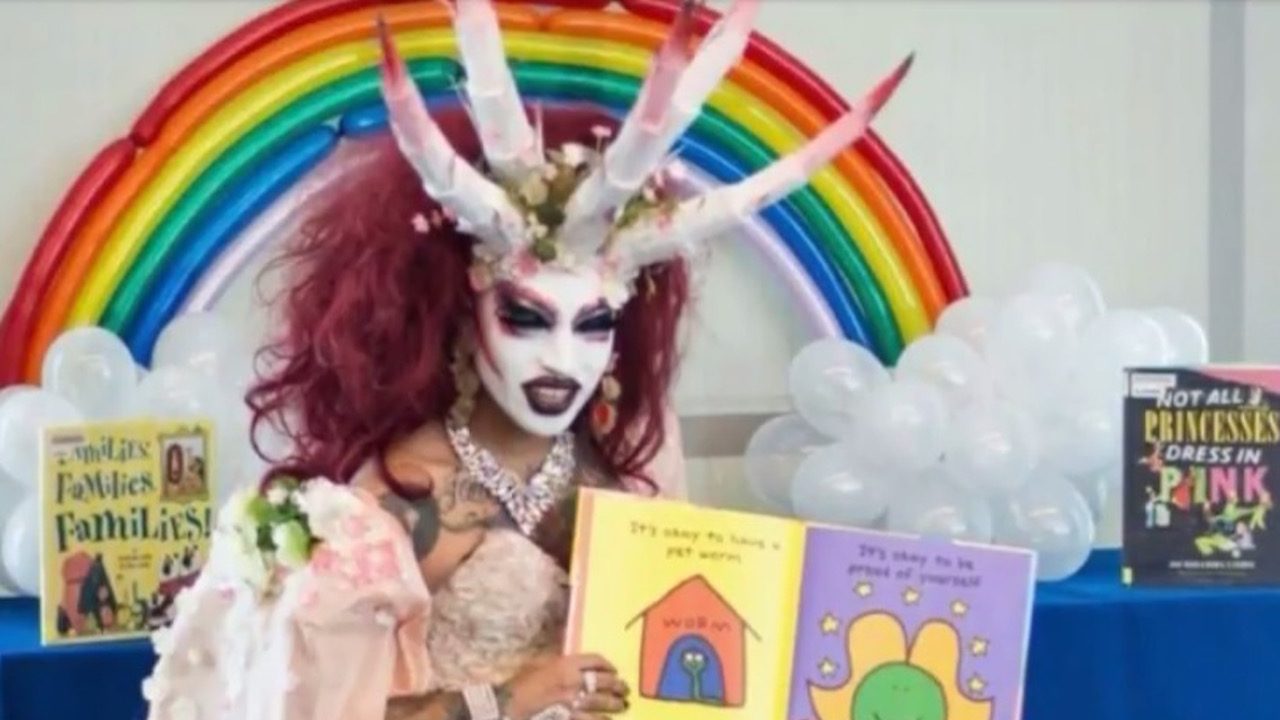 Following his Drag Queen Story Hour gig, Xochi Mochi posted an Instagram photo of him reading to kids at the public library, calling it “one of the best experiences I’ve been given as a drag queen.”

“It’s so important to have representation and normalize all the letters in LGBTQIA+ in everyday lives,” Mochi said. “I saw so many excited faces it filled my heart with so much joy and hope to come back again soon! Thanks again to everybody who made this opportunity a reality and make such a successful LGBT event …”

Navarro asked, “What are we teaching kids in school? Demonic teachings alive in Long Beach. I’m outraged they would allow this.”

But the Church of Satan had no such qualms, tweeting “Hail Satan!” in response to a parent’s criticism of the event, the station said.

Others were on board, too.

“Thank you so much for coming to the library, reading to kids and being MARVELOUS!” one commenter on Mochi’s Instagram page said. “I’m sorry you’re getting hatred. I’d give you a great big hug if I could.”

Commenters on a separate Instagram page reacted to the event, saying “I love our city so much!” and “Wondrous!”

The Drag Queen Story Hour is part of a collaboration between the Long Beach Public Library, the LGBTQ Center of Long Beach, the Genders and Sexualities Alliance Network and the LGBTQ nonprofit Imperial Court of Long Beach, KCBS added.