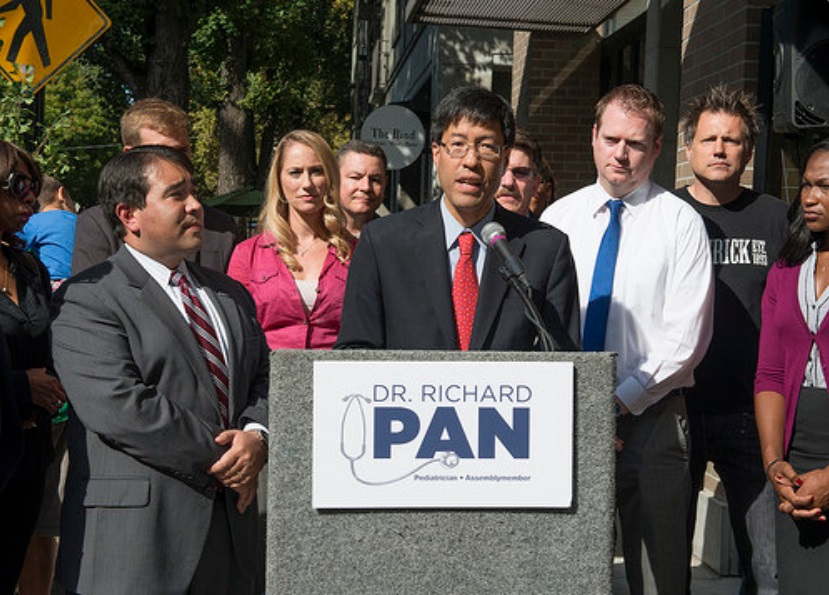 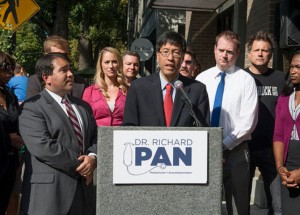 He is an “industry insider” when it comes to the medical industry. He is a teaching faculty member at UC Davis Children’s Hospital, and has served in many organizations that set medical policy and determine medical funding, such as the American Medical Association, the United Way, Sacramento First 5 Commission, Healthy Kids Healthy Future, Sacramento Health Improvement Project, and others. (Source.)

Dr. Pan has flip-flopped on the issue of vaccines and parental choice since becoming a State Senator. He was previously a member of the House where he introduced another bill regarding vaccines, AB2109, which requires parents seeking an exemption to get a doctor’s approval first. During debate of AB2109 back in 2012, he was on record as stating that a parent should have a right to choose to refuse vaccines for their children.

However, seizing on the recent Disney measles hysteria earlier in 2015, he now states it is a matter of “public health” and that parents should be denied that right. Here is a short video clip showing his change in positions: