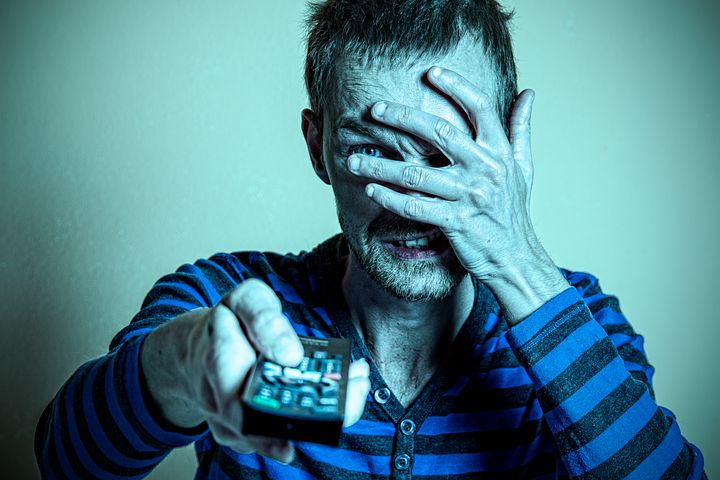 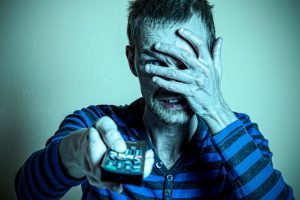 Something is wrong. And I’m not talking about the screenshots going around purporting to show cardboard weapons in the hands of Ukraine civilians or the death of someone a few years ago dying again in the Ukraine; I’m talking about major in-your-face news outlets working overtime on WAR.

I’m writing this Sunday night (2/27), so who knows what new gobs of insanity will be spit up by tomorrow morning, when we post.

These are notes. The news is coming too fast and furious—each proclamation more preposterous than the last.

Drumbeats of war. You must support America. And that means you must declare Putin is far more evil than Hitler. So say all. So say Democrats and Republicans foaming at the mouth. Keep our planes in the air. Ready the nukes. It just so happens our great Commander-in-Chief is coming on Tuesday night, to deliver his wartime State of the Union to the Congress.

The timing is perfect.

Spray the hall with meth. Members on both sides of the aisle will be standing every twenty seconds to roar with approval as decrepit old Joe—himself pumped full of every drug the docs can think of to keep him on his feet and his mouth working in coordination with the teleprompter—old Joe hurls angry Commander-in-Chief slogans of USA power…and the news heads will be ready to give him HIGH MARKS in the aftermath and try to shove his poll numbers, for the moment, through the roof…and turn around the mid-term elections…

“The old man had it in him. Wow. He rocked the house. This was quite a night, Bob. This was Presidential. Both sides of the aisle were screaming at the tops of their lungs. And now we have reports of biker gangs and possibly truckers who want to go to the Ukraine and help the people fight Putin…”

Speaking of which, where are they in the Ukraine? 150,000 troops have invaded the country?

18,000 auto weapons have been distributed to Ukrainian citizens in Kiev/Kyiv?

So tell me this. Have you seen any video footage of actual armed clashes between Ukrainian civilians/soldiers and Russians? Actual back and forth prolonged shooting? (Not aftermath stuff.) I haven’t.

With the Ukraine press on high alert, and with a zillion cell phones active in the country, I should have seen MANY gun battles, live, by now. If there are any.

Have you heard the word DRONES?

I haven’t. I’d think the Russians have some drones. But no. Seems like all the reported air battles are happening between planes with pilots in cockpits. Do it the old fashioned way.

Did you see the extraordinary footage of a line of Russian tanks and armored vehicles all blown up and twisted on a quiet road in broad daylight?

Who destroyed them, and how? And in or around those vehicles, did you see any DEAD RUSSIAN BODIES? I didn’t. I would think there were quite a few. Where did they go? Who took them away, and why? Were these Russian vehicles operated by remote control from Moscow?

One retired US general claimed on FOX/CNN: these Russian vehicles were sent into the Ukraine with absolutely no thought of what their drivers would do when they quickly ran out of fuel after a few hours—since there are no supply lines. And that was the Putin battle plan. “Drive as far as you can, fire your weapons at tall buildings, empty your fuel capacity, and then just sit there.” REALLY? THAT’S WHAT’S BEEN HAPPENING? SOMEBODY FORGOT ABOUT SUPPLY LINES? We’re supposed to buy that scenario?

Of course, as in every recent war, US TV reporters, “on the ground” in the Ukraine, are doing stand ups in stone quiet areas where nothing at all is happening, and these “reporters” are relaying press updates originating from New York and Washington. That’s standard. “We’re sending you to Kiev/Kyiv on the midnight flight, Fred. Don’t forget your helmet. We’ll feed you AP dispatches through your earpiece and you just repeat them…”

Meanwhile, NATO is on high alert, international payment processors have shut down certain Russian banks and accounts, some government (I missed the country name) is sending jet fighters to the Ukraine. Really? Who’s going to pilot those planes? Ukrainians? “Where’s the brake and the ignition? What are these buttons for?”

Possibly the supplying country will also provide its own pilots? That could get messy very fast. “French pilots shot down a Russian plane this morning. President Macron denied it was an act of war.”

Some Congressman said we should do WHAT? Send people to the Ukraine to enforce a NO-FLY-ZONE over the country? Was he drunk out of his mind? Exactly how do you enforce that? My guess would be: WEAPONS. PLANES.

“Goddammit, it’s about time we stood up and fought those Ruskies. Enough posturing. Break out the old films showing schoolkids how to get down under their desks when the nuclear bombs fall on their heads.”

Of course, it would have been too easy, a few months ago, to tell Putin the Ukraine will never be a NATO member. But diplomacy never works. Disband the whole State Department.

“Phil, I want at least one Kiev/Kyiv refugee or displaced person or whatever you call them when they hide underground—I want at least one of these WOMEN per hour on our national broadcast telling her story, like in Wag the Dog, BECAUSE WE DON’T HAVE ANY GODDAMN FOOTAGE OF THE ACTUAL WAR GOING ON AND WHY IS THAT? CAN SOMEBODY AROUND HERE TELL ME? I WANT TO SEE STREET BATTLES THAT LAST FOR MINUTES AND PEOPLE FALLING DOWN.”

“Jack, we don’t have footage of the war because we’re sending our reporters to places where nothing is going on.”

“Is that so? Well, wherever the war IS going on, there are people with cell phones. Where is their video?”

If you or I were the head of FOX/CNN, we’d do this:

“Mike, get your ass in here. You’re our top analyst on this. See this map of the Ukraine spread out on the table? I want you to circle every little area where battles on the ground are happening. And then sign your name under each area. Because THOSE PLACES are where we’re going to send our people. They’re called WAR CORRESPONDENTS. That’s what they’ll do when they get there. Correspond about the war. I want to know what’s actually happening. And we’ll show it to our audience. I don’t want to see any more footage of what already happened. It makes us look stupid and inattentive, and quite possibly, liars. Are we a bunch of liars? Why do I have to ask that question?”

You know, REPORT THE NEWS. Rather than BEAT THE DRUM.

One thought on “Drumbeats of war, testicles of strength, Orwell of television”