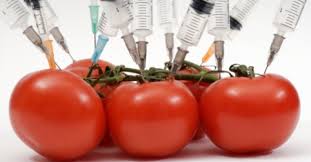 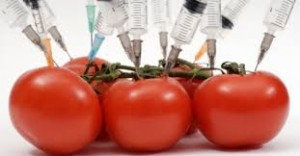 BANANA TREES AND TOMATO PLANTS growing at the Boyce Thompson Institute for Plant Research at Cornell Uni- versity have been genetically engineered to produce vaccines in their fruit. Bananas are particularly appealing as vaccines be- cause they grow widely in many parts of the developing world, can be eaten raw and are liked by most children.

baby by offering a piece of banana. Plant biologists had al- ready devised ways of introducing selected genes (the blue- prints for proteins) into plants and inducing the altered, or “transgenic,” plants to manufacture the encoded proteins. Perhaps, he mused, food could be genetically engineered to produce vaccines in their edible parts, which could then be eaten when inoculations were needed.

The advantages would be enormous. The plants could be grown locally, and cheaply, using the standard growing methods of a given region. Because many food plants can be regenerated readily, the crops could potentially be produced indefinitely without the growers having to purchase more seeds or plants year after year. Homegrown vaccines would also avoid the logistical and economic problems posed by having to transport traditional preparations over long dis- tances, keeping them cold en route and at their destination. And, being edible, the vaccines would require no syringes— which, aside from costing something, can lead to infections if they become contaminated.

Efforts to make Arntzen’s inspired vision a reality are still quite preliminary. Yet studies carried out in animals over the past 10 years, and small tests in people, encourage hope that edible vaccines can work. The research has also fueled spec- ulation that certain food vaccines might help suppress au- toimmunity—in which the body’s defenses mistakenly attack normal, uninfected tissues. Among the autoimmune disor- ders that might be prevented or eased are type I diabetes (the kind that commonly arises during childhood), multiple scle- rosis and rheumatoid arthritis.