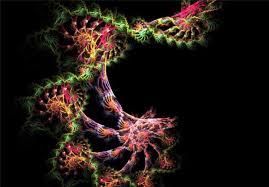 Many will have noted physical, emotional and mental body changes taking place in which you may feel all is ‘coming apart’ as the projected forms of your Third Dimension focus begin to disintegrate within the collective consciousness.

However, these changes are beginning to move us through the vibrational frequency bands towards higher dimensional existence – it is not your current energetic body that you will be taking with you on your Ascension progress towards Light Body integration.

The Light frequencies required to merge with your Higher Self in a physical environment will not support the third density body that you currently reside in. Increases in photon and electro-magnetic energies through increased levels of background cosmic and solar non-ionizing radiation are the causes of excited cellular vibration. This primarily results in physical tiredness, aches and pains, increased mucous blockages and discharges, loss of concentration, upsetting natural biorhythms, time displacement – all the current ‘ascension symptoms’ being experienced. The natural life cycle of cellular structures are vastly accelerated as a result. The cells cannot evolve fast enough to meet the increasing stresses imposed on them within the time periods being experienced.

Emergence of shadow DNA strands act much like harp strings by changing the tonal frequencies of the body, effectively separating the etheric energetic links between the individual cells and reforming at higher levels. Within zero point, the body’s Fifth Dimensional ‘goldprint’ is altering each physical cell through a form of etheric mitosis which is making way for a higher vibrational ‘twin flame’ version. This will allow All to operate within the new higher frequency ranges of existence while the ongoing planetary changes occur.

This higher evolutionary process allows the adaption of a third density physical body to sustain a higher vibrational tolerance of heat and light and therefore operate efficiently within a wider multi-dimensional frequency band. Evolution of Awareness exists in a myriad of forms throughout the galaxy and it is on earth and other earth like planets that the HUman blueprint has been shaped from the genetic material, developing life based on organic cell feeding mechanisms to process energy from one form into bodily material.  Gaia’s evolution of physicality from mineral to plant to animal has often generated large advanced leaps from one form to another – the next step in humankind is no more remarkable than the ability of carbon life forms to move from water supported life through the development of gills into lungs for breathing and cartilage to bone to support the physical frame on land. It has been an extremely satisfying experiment to create such a diversity of life within such an infinitesimal small spectrum of physical material. Greater tolerance of the extremes found within this solar system will be necessary to allow expansion to the range of outer terrestrial planets that can support a physical human body through genetic adaptation towards the LightBody.

Since 1987, Gaia has begun withdrawal of the thought form templates of Third Dimensional vibrational frequencies due to lower resonant corruption of the limited resource of Particles. This has increased the requirement by those with the need to control and maintain a Third Dimensional existence by replacing current natural forms. Artificial creation is replacing what nature had previously designed. The Third Dimensional natural world is being gradually replaced with artificial versions which are ‘thought’ to be controllable in design and distribution. The resources required to maintain this will become exhausted in Third Dimensional time and space. The remaining natural creations are moving forward in vibrational form as each Particle of Substance seeks existence in higher forms and dimensions.

The Solar System’s entry into the Galactic Photon Belt brings about a natural evolution in physicality just as it did with the start of the Cambrian period with the change from single celled organisms to more complex life that we know today. Increase in vibration creates increases in heat and light. Extremely high heat resistance and scintillation properties of the move towards a crystalline LightBody existence are useful to move to a photon based energy source for organic molecules based on an ionizing atmosphere. Extremely strong electromagnetic planetary fields do not suit electron swapping nerve cells at the molecular level.

Scientific understanding of nature has been demonstrated through observation of the forces and behavioural interactions of the particles following rules and laws. It has always been assumed here that for life to exist elsewhere in the universe then it must follow the same genetic parallels as those experienced on Earth by creating a replacement like for like water based, oxygen breathing molecular carbon substitute. The nature of Source is to overcome the laws of nature as they are currently perceived.  The Prime Creator does not limit growth by maintaining fixed restrictions. Laws are created to help catch up in understanding – a fixed point to aim towards before creation moves to the next level. Our skills and understanding of Third Dimensional existence can now be merged once again with the higher dimensions we came from to begin with.

We are All part of the integration process resulting in the ongoing Planetary Ascension. This planetary shift is a merger not a destruction. Welcome to the gateway of Fifth Dimension which we are ALL experiencing. As energy increases in vibration, physical properties naturally adapt, water turns from Solid – to Liquid – to Gas. All that is Rigid shall be shaken.

All will need to understand the processes currently taking place on Gaia and the effects they will have in preparing the path to Living in the Fifth Dimension. This will change our understanding of atmospheric, environmental, economic and psychological behavioural changes in current structured belief systems.

Consistent plasma bursts from the sun produce ionisation waves which penetrate the Earth’s magnetosphere and take effect on every atom and every cell. Ionizing radiation, “ionizes,” which means it pushes an electron out of its orbit around an atomic nucleus, causing the formation of electrical charges on atoms or molecules. If ionisation occurs within the body on either water molecules or oxygen molecules (through breathing), it creates what is known as a free radical.

A free radical is highly reactive to other molecules and can be damaging to other cells within the body. However, it is a normal everyday part of the body’s existence and is necessary for many internal processes to take place. Free radicals are neutralised within the body’s defence system by antioxidants which donate a free electron to stop the free radical from being reactive to other cells. These are then removed as waste.

Of all the molecules in the body, the most crucial is DNA (Deoxyribose Nucleic Acid), the fundamental blueprint for all of the body’s structures. The DNA blueprint is encoded in each cell as a long sequence of small molecules, linked together into a chain. Ionising radiation can take effect on altering DNA either through creation of free radicals or through direct strikes that disrupt the DNA molecule. The effect of ionising may not be to kill the cell, but to alter its DNA code in a way that leaves the cell alive but with a change to the DNA blueprint. The effect creates a ‘mutation’ and is the basic tool of evolution taking place from the first cells through to complex structures such as humans today and beyond. Mutation can occur naturally, be manipulated artificially or programmed celestially.

Excessive ionizing radiation and ingestion of non-biological chemicals are both direct contributors to DNA mutation occurring. As a direct result of ionization, the effects are slowly changing the body’s DNA structures to adapt to the higher vibrations required to live within the Earth’s changing density through electro-magnetic and biological / chemical makeup. The change will occur alchemically from a sugar based organic cell feeding system to a multi-dimensional liquid light based crystal structured system – a crystalline matrix. For now, a higher input of organic fruits, vegetables, seeds, nuts are required to assist the body’s production of antioxidants to combat the number of free radicals created by increases to ionization exposure. Increase in pure water consumption, anaerobic exercise and longer periods of sleep are also vital to assist with the processes of waste production. Meat products contribute to, rather than reduce, the number of free radicals in the body.
​
The adjustments to the physical Adam Kadmon HU-man blueprint are taking place NOW.

One thought on “Emergence Of Shadow DNA – Fifth Dimensional ‘Goldprint’”