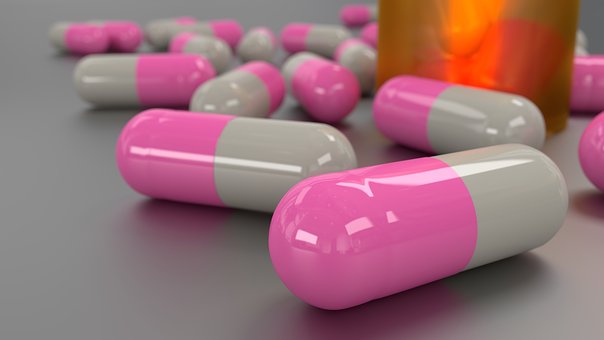 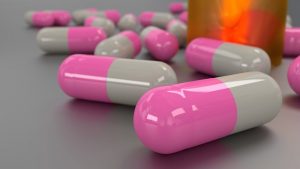 This article is about fake science and the medical professionals who are hypnotized by it.

32 years ago, just after my first book, AIDS INC., was published, I was speaking with a doctor friend, a brilliant man. He criticized my strategy of showing how NON-VIRUS factors had destroyed the immune systems of “people with AIDS.”

As evidence, he cited a UCLA study which had looked into the possibility that vast overuse of antibiotics was shredding the immune systems of gay men. “You see,” he said, “the study found that many gay men who had been diagnosed with AIDS didn’t abuse antibiotics. Therefore, those drugs couldn’t be the cause of AIDS.”

First of all, I had never said antibiotics were the cause of AIDS. He was confused at the starting gate.

To boil it down, my argument, in the book, was: for various specific reasons, HIV had never been proved to be the cause of what was being called AIDS. And—this was the key—“AIDS” was a label that had been placed, like an umbrella, over a whole host of diverse health conditions. At the root, AIDS was really IMMUNE SYSTEM DESTRUCTION coming from a number of different causes, depending on which group of people you were talking about.

And, in New York, Los Angeles, and San Francisco, ONE OF THOSE CAUSES, IN SOME GAY MEN, was vast overuse of antibiotics.

My doctor friend hadn’t understood this.

Here is the punch line. Through his training, he had been hypnotized into thinking that AIDS was one syndrome with one basic cause. “It had to be.” 99 percent-plus of all doctors in the world had also been hypnotized in exactly the same way.

One label, one basic condition, one germ.

AIDS couldn’t actually be a whole variety of causes, all of which suppress the immune system. No, no, no. That would be heresy.

The hypnosis sets up an either-or situation. “Show us the one cause of the one condition, or go away.” And that is called medical science.

Imagine the following: six men in New Jersey suffer from sudden bleeding. So do eight women in New Guinea. So do twelve children in Uganda. A team of virus hunters from the CDC decides that all these occurrences must be linked by a common cause. Which, of course, will turn out to be a virus. But they’re wrong. Dead wrong. It’s not a virus.

In fact, there is no unifying “it.” The six men in New Jersey were working in a factory where leaking acid fumes were getting into their lungs and creating hemorrhages. The eight women in New Guinea were farm workers overcome by highly dangerous pesticides, and they bled. The children in Uganda had been drinking water directly connected to sewage outlets, and in the sewage there were industrial poisons, and they bled.

This was not one condition. It did not have one cause. But too late—the CDC moves in, declares it’s all a virus, and the name of the condition is X-32f54d. Journal articles are rushed into print. Public health officials warn that X-32f54d could spread…

You get the idea. The hypnosis works. It has nothing to do with science.

In the current “epidemic,” we have the same old story. IT IS NOT ONE CONDITION. IT DOES NOT HAVE ONE CAUSE.

What are some of the causes which can induce the general flu-like and pneumonia-like symptoms being labeled “coronavirus?”

Ordinary flu. Pneumonia from different bacteria, fungi, toxic air. TB. Common colds. Allergies. In some places, perhaps the rollout of 5G technology. Toxic vaccination campaigns. Toxic medical drugs. Highly toxic and destructive antiviral drugs, given to people who are called “COV cases.” Immobilization, long-term, in nursing homes for the elderly. Pesticides causing lung problems. Industrial poisons causing lung problems. People who have slight or serious congestion and are afraid they might “have the virus” and show up at hospitals. Corporate chemical dumping. Expired and unrefrigerated medical drugs shipped to the Third World. (The mere detection of elevated body temperature during airport screenings. People who had contact with other people who have been called “coronavirus cases.” Overeager and work-harried doctors diagnosing “suspected cases.”)

And so on and so forth.

NOT one condition with one cause.

Therefore, the “spread and containment of the one virus” is wrongheaded.

“But…but…suppose the patient tests positive for the coronavirus? Isn’t that some kind of proof? Doesn’t a positive test connect all these people with different conditions, under one banner?”

No. I have covered this in other articles. Even assuming that researchers actually discovered COV—the diagnostic test, at best, might indicate the patient has a tiny, tiny amount of COV in his body. But, in order to cause illness, he would need to have millions and millions of virus actively replicating in his body. The test has never been proved to be capable of detecting that.

And on top of all this, the overwhelming percentage of “COV cases” in the world have been diagnosed WITHOUT THE DIAGNOSTIC TEST for the virus.

Therefore, what we’re left with are many people, with all sorts of different conditions, caused by many different factors—irrationally collected together under one label.

“But…but…what about all these people all over the world suddenly getting sick and dying?”

That’s not a true picture. In many, many cases, these are people who have been getting sick and dying in the same ways people been getting sick for a long, long time, down through history For example, TB and pneumonia. In other cases, the causes could/would be new. For instance, new pollution, a recent vaccination campaign(s), the new rollout of 5G, the accelerated use of antiviral drugs. The other new factors are the re-labeling of all these people with a novel term: “COV”;

And the press coverage, and the pronouncements of governments.

And then the lockdowns. And the economic warfare against the people.