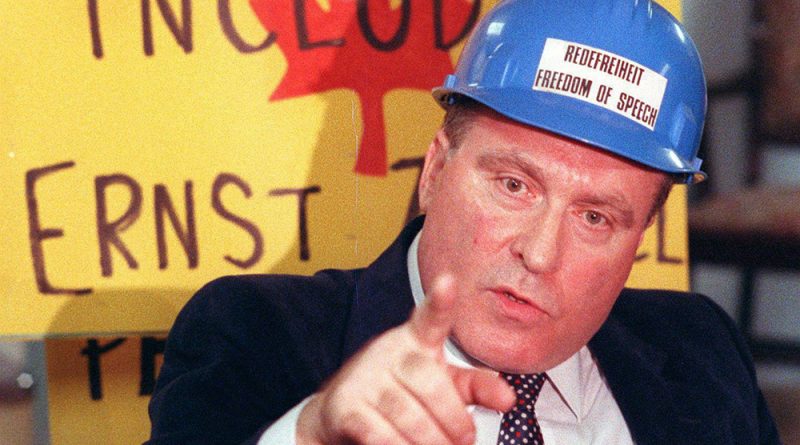 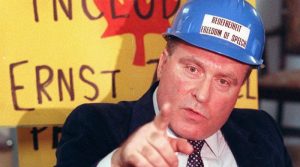 Ernst Zündel was born on April 24, 1939, in a small town in the Black Forest region of southwestern Germany. He emigrated to Canada at the age of 19, where he soon married and became the father of two sons. His career as a graphic artist was successful. Then he dedicated himself to the great task, as he saw it, of redeeming the sullied reputation of his fellow Germans. Through his Samisdat publishing house he distributed worldwide a prodigious quantity of revisionist material. Zündel is perhaps best known for his role as defendant in the “Holocaust Trials” of 1985 and 1988. He was brought to court in Toronto on a charge of “publishing false news,” and specifically for publishing a reprint edition of a booklet entitled Did Six Million Really Die?. Zündel’s next great legal battle was fought out before the Canadian Human Rights Tribunal in Toronto for his Internet web site (www.Zündelsite.org). In 2000 he moved to the United States, where he was arrested in 2003 and deported to Germany after two years of solitary confinement in Canada. There, put on a show trial, he was sentenced to five years’ imprisonment in 2007. He was finally released from prison on March 1, 2012, and lived in his parental home in Germany until his death in 2017.

Read more about him here.