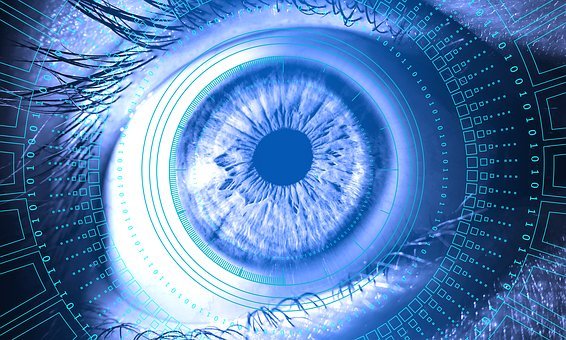 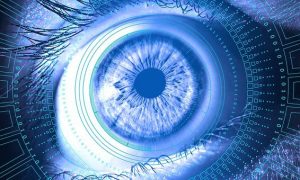 I sometimes wonder why I check the news each morning. Most headlines are so depressing and discouraging that you just wanna go back to bed. The world is going to hell in a handbasket, and the daily press offerings simply confirm this reality.

But in my ministry at least I need to be aware of what is happening in the world. So I subject myself to this daily torment. And the most recent headline that sent me for a loop was this: “State premiers won’t rule out lockdowns if booster uptake low.” The article began this way:

“State premiers and chief ministers won’t rule out lockdowns to curb future coronavirus outbreaks if vaccine booster uptake is low in the in the community. Leaders are also vague on whether booster shots will be included in guidelines for vaccination, including barring employees from worksites who have not received a booster on time.”

Um, what have I been warning about for many months now? Never-ending lockdowns, never-ending jabs, never-ending Big Brother tyranny. It is all one big contentious loop we are on. Another ‘variant’ comes out of nowhere, resulting in the demand for more jabs, which more folks react against, which leads to more Statist overkill.

On and on it goes. The cycle will never end. It is the perfect recipe for endless dictatorship. Keep the masses utterly immersed in fear and panic, keep the variants coming, and offer an endless supply of booster shots (creating an ever-greater class of Big Pharma millionaires), and you have slaves for life.

And the funny thing is this (if you can call it funny): before we had all the double jabbed hating on the non-jabbed, demanding that they do their duty. Now we have the triple-jabbed and quadruple-jabbed hating on the double-jabbed, demanding that they do their duty. And some of us just sit back and watch all this moonbattery unfolding.

But it is really scary as all get out. Other alarming headlines confirm all this. What is happening in various places such as Greece and Austria and elsewhere is mind-blowingly shocking. Let me offer a brief roundup of some of this global madness.

In Germany for example we have this situation:

Outgoing German Chancellor Angela Merkel announced Thursday that citizens who do not take one of the abortion-tainted COVID-19 jabs will be forced into a strict new lockdown, excluding them from shops and entertainment venues. Speaking after a meeting with federal and state leaders, including incoming chancellor Olaf Scholz, Merkel said un-jabbed individuals will be banned from accessing most businesses, except those considered “essential,” such as grocery stores and pharmacies, forming part of a national plan supposed to address the rising infection rate of the novel coronavirus.

And in Austria we have this worrying situation:

Austrian residents who refuse to get their COVID-19 jab from February when they will be mandatory will face fines of up to €7,200, a draft of Austria’s COVID-19 vaccination law reveals. The mandatory vaccination will apply to all those who have permanent residency in Austria. According to the draft regulation seen by Austrian newspaper die Presse, only those who can’t be vaccinated due to health reasons are exempt. In the draft, it remains open whether booster vaccinations will also be mandatory or whether the recovered will be treated equally with vaccinated people, which ministerial decrees will further define.

Similar things are happening in Greece:

Greek Prime Minister Kyriakos Mitsotakis announced mandatory Covid-19 vaccination for all Greeks above 60 years of age before a cabinet meeting in Athens on Tuesday, in an effort to tackle the new omicron variation threat ahead of the festive season. Those who refuse to get vaccinated will have to pay a monthly fine of 100 euros ($114) for each month they don’t get jabbed, starting on Jan. 16, according to Mitsotakis. The penalty will be imposed by the tax authorities directly to those who haven’t been inoculated and the funds collected will be given to Greek hospitals fighting the pandemic. “It is not a punishment,” Mitsotakis said. “I would say it is a health fee.”

And check out Sweden:

Over the last few years some Swedish workers have volunteered to have microchips implanted in their hands so they no longer have to carry cash, ID, keys, gym passes etc. Microchips are gaining popularity in Sweden and now Swedes are getting Covid vaccine passports implanted in their hands or elsewhere under their skin. “Get your Covid certificate in a chip in your hand or elsewhere under the skin. It is increasingly popular to insert a chip into the body with different types of information and now you can also insert your Covid certificate in the chip.” – Aftonbladet, Sweden’s daily newspaper reported. The Swedish Public Health Agency recently announced it is introducing vaccine passports for events over 100 people.

Wow! But leaving Europe, things are just as bad in Canada:

An outspoken Ontario politician marked Tuesday, when Trudeau’s mandate banning all unvaccinated Canadians from plane and train travel went into effect, as “one of the worst days in Canada’s history.” Roman Baber, an Independent Member of Provincial Parliament in Ontario, and an avid defender of medical freedom, slammed Progressive Conservative Ontario Premier Doug Ford in the legislature Wednesday for not defending millions of his citizens against Prime Minister Justin Trudeau’s policy that has banned the unvaccinated from air, plane, and sea travel.

“My question is to the premier,” opened Baber, addressing his question to the Conservative Government House Leader, Paul A. Calandra. “Yesterday was one of the worst days in Canadian history, the federal government, the premier’s new ‘bestie’ Justin Trudeau, denied about 15 percent of Canadians from boarding a plane or a train. The premier and I made a different choice [the choice to get vaccinated], and we all agree that it’s still a choice, and if the vaccine works, then the premier and I are protected, and if it doesn’t work, then why are we denying Canadians basic mobility rights?” asked Baber.

And another shocker from Canada:

A new bill proposed by Canadian Prime Minister Justin Trudeau’s federal government could have pro-life and medical freedom protesters thrown in jail for 10 years under Criminal Code amendments. The Liberal government under Trudeau has introduced three bills since the federal election in September. One of those bills is Bill C-3, which intends to amend the Criminal Code of Canada.

One last horrific example of diabolical Statism in Canada: now the lepers are not even allowed to buy groceries! Just starve all those recalcitrants to death!

Unvaccinated Canadians can now be barred from grocery stores in accordance with a new set of pandemic measures unveiled by the government of one Canadian Province. New Brunswick, one of Canada’s easternmost island Provinces, deployed its Winter Action Plan (WAP) on Dec. 3 in response to a marginal rise in Coronavirus Disease 2019 (COVID-19) cases. The WAP is composed of three tiers of alert levels with increasingly stringent social distancing, masking requirements, and business lockdowns, according to the Provincial Government’s website. The Plan comes into effect at 11:59 p.m. on Dec. 4 and will place all regions in the province in the first alert level.

Finally, this in New Zealand: “Church leaders to be jabbed or a $15k fine!” Wow again!

There will be no end to this COVID hysteria: we will forever have more mandatory jabs, newly discovered variants, and more tyrannical State responses. Welcome to Brave New World and 1984 combined – we are now fully there.

But thankfully there is some fightback taking place. Here in Australia hundreds of thousands of people have been marching for freedom and against tyranny each week. And in places like Austria, the masses have had enough:

Tens of thousands of demonstrators marched through the streets of Austria’s capital, Vienna, protesting against Covid-19 restrictions and the nationwide vaccination mandate. Over 40,000 protesters against the Austrian government’s coronavirus policies took to the streets of Vienna on Saturday, according to the police estimates. Police reinforcements were brought in from other regions to the capital in anticipation of potential unrest, with a total of 27 rallies planned for Saturday, the majority of them against the vaccination mandate.

But it will take a whole lot more people power and protests and courageous resistance to break the back of never-ending tyranny. Compliance is never the answer.