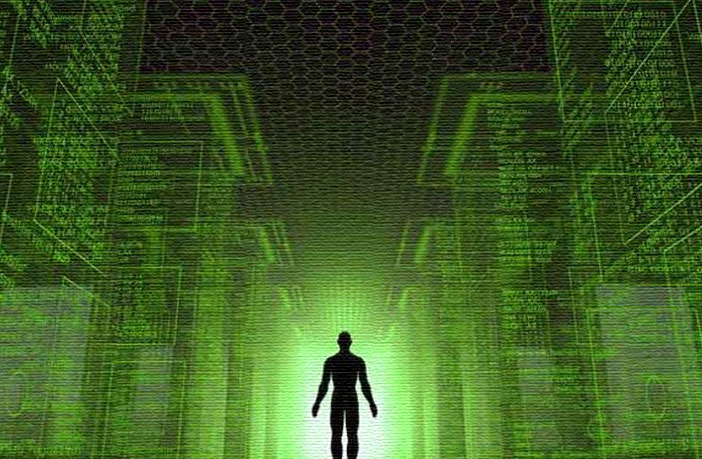 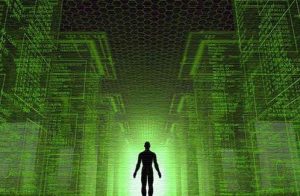 Technocratic mystics believe (or pretend to believe) that hooking up brains to a super-computer Cloud will bring on a miracle:

Humans will have instantaneous access to truth, facts, and bottom lines on any subject under the sun. The connection will be automatic.

Putting aside the vast neurological problems in achieving this fantastical state, the whole assumption is cockeyed, because censorship is actually the guiding principle.

“We will tell you everything you need to know and exclude everything we decide you shouldn’t think about.”

In other words, the brain-Cloud hookup is major media to the nth degree. Piles of nonsense, deception, omission, lies, and official stories. Mind control.

No need for tech giants like Google and Facebook to de-list, hide, and warn about “dangerous information.” It will be erased.

If that’s a miracle, it’s diabolical.

The brain-Cloud connection would constitute a Reality Machine in action, turning out reams of fabricated falsities, thereby building a landscape of perception which is a self-referential bubble.

You would see the shapes of a society that has been created for you.

Estimates of the approaching power of computers are based on their capacity to process information; nothing more. It’s absurd to infer a computer that can process faster than the human brain will be possessed of greater truth. Is a plane whose payload is bombs more truthful than a Piper Cub?

No, something else is going on here. The preposterous “utopia” of brain-computer merge is a front and a cover for the agenda of turning humans into machines. In that regard, the brain would be the Holy Grail. Make it into a slave that produces a chosen reality of perception and thought…

At that point, the individual would go the way of the dinosaur. Which is the whole point of technocracy.

As I keep saying, in any plan that seeks to encompass the whole human race, the individual is the wild card. He has the capacity to see through false realities; and more than that, he can, on his own, invent new unforeseen realities of startling dimensions. This power may be latent, but it is there.

Some 50 years after my collaboration with an extraordinary healer in New York, Richard Jenkins—whom I write about in my book, The Secret Behind Secret Societies—I assembled my collection, Exit From The Matrix. This mega-collection contains many imagination exercises designed to acquaint you with your latent power, first-hand. When practiced on a daily basis, they can help bring your creative impulse front and center, and can help you unleash your creative power. This is the underlying goal of all my work. (Note: The Secret Behind Secret Societies book is included in the Exit From The Matrix collection).

Life on Earth has been distorted through many lenses over time; and the latest of these lenses involves the promotion of technology to impart the idea that humans can “evolve to a higher stage” by merging their brains with computers.

This is a sham.

Computers can offer us many things; but deeper perception of the truth by automatic reflex, and increased creative power via stimulus-response, are not on the list.

The rejection of that future is a cardinal necessity.

Here are the full contents of Exit From The Matrix: