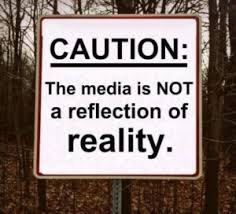 F OFF Channel 7!.. I posted this on Monday and then deleted….. to give Channel 7 the benefit of the doubt, BUT here is the post again!!!…..

Yesterday, Freedom Of Choice Sunshine Coast hosted a Pro Choice Election Awareness Event at the Buderim War Memorial Hall. Speakers raised many issues related to the erosion of our right to choose in Australia.

There were 2 Queensland Senate Candidates – Greg Beattie, Independent and Jason Woodforth from the Health Australia Party, local Fairfax electorate Robert Dickson and Fisher electorate candidate Tracey Bell- Henslin from the Rise Up Australia Party.
Channel 7 News came and interviewed myself and the Local Candidates… do you think we got air time?? Don’t you think this close to the election, this should be something that is of high priority??? NO, instead we told about the weather & how cold it has been, along with being entertained by a story about a man that swam with a shark!! Whooppdy Do!!

The NEWS is biased, one sided, nasty and an utter disgrace that needs to be fixed.. I will add that to my list! CLEARLY, channel 7 Support the 2 major parties as both Liberals and Labour got their fair share of air time, as usual….
BUT WHAT HAPPENED TO THE INDEPENDENTS??? – … THEY WERE NO WHERE TO BE SEEN!!!

The media is a disgrace in this Country – it is biases S#‪#‎T‬! 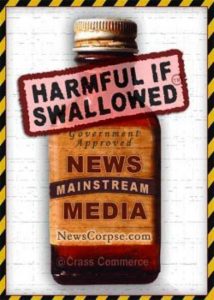 Last year in Brisbane there was a rally against the No Jab, No Pay Legislation – 1200 people attended and Brisbane City was shut down while we marched the streets… did you see this on the news?? Did this get ANY airplay? Do you see ANY live debates on TV about vaccines? NO YOU DON’T… WHY??….

The media censurers what they give airtime to. Media DO NOT want you to know any truth! You are being manipulated and lied to each & every day. The Government is corrupt and I have no doubt the BIG boys that own the media are having dinner with those at the top, probably right now!!.. The so called Australian media have their nasty snouts in the Murdoch trough & clearly favour big Pharma over the health of the Australian people.

PS those polls that you see with Liberal 51 and Labour 49… what a load of BS… are the Independents a BIG 0…… sigh… don’t be fooled we are all being taken for a roller coaster ride of lies & deceit, heading towards a future that is unsustainable.

TIME TO WAKE UP AND REVEAL THE TRUTH

Allona Lahn is a crusader against the No jab No pay legislation and raises awareness about this legislation. Allona gives some personal insight and breaks down the unfair legislation of No Jab No Pay .

Because we in the health freedom & truth movement aren’t given any airtime on mainstream media, I will do my own!.. Thank you Real News Australia. May the truth be revealed!

Thank you to everyone on my team, not only on the vaccination issue, but helping us to raise the issues on the environment, insecticides, pesticides, chemicals, mining, fraud, corruption, erosion of rights, lack of transparency by our crooked Government and ALL the issues that NEED to be addressed! we in the alternative media & movement now, more than ever have to do the real reporting because our gutless & spineless media trolls are refusing to do so.

Those that stand up I salute you, the strength it takes to stand up and be true to yourself is enormous but know this, you are NOT alone. There are many of us and everyday I connect with more and more incredible people who, like me are crusaders for change!

Be the change YOU want to be.