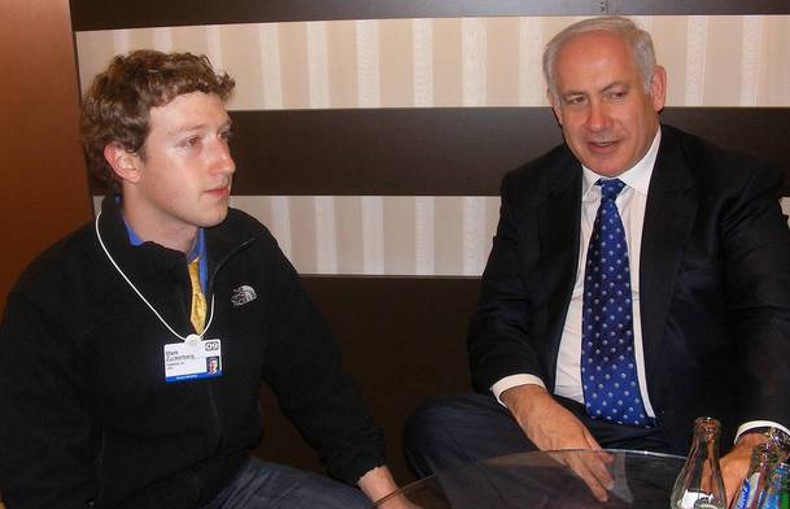 (Sept 16) Following Facebook’s censorship controversy over a world famous photograph of the Vietnam War, Facebook has agreed to “work together” with Israel’s government to censor content Israeli officials deem to be improper. Facebook officially announced the “cooperative” arrangement after a meeting took place between Israeli government ministers and top Facebook officials on September 11th. The Israeli government’s frenzied push to monitor and censor Facebook content it deems inappropriate follows the viral success of BDS, or Boycott, Divest, Sanctions, a global non-violent movement that works to expose Israeli human rights violations.

The success of BDS has struck a nerve with Israel, leading its government to pass legislation allowing it to spy on and deport foreign activists operating within Israel and Palestine. Israel has also threatened the lives of BDS supporters and has lobbied for legislative measures against BDS around the world. They are now seeking to curtail any further BDS success by directly controlling the content of Facebook users.

However, Facebook’s formal acknowledgement of its relationship with Israel’s government is only the latest step in an accord that has been in the works for months. In June of this year, Facebook’s Israel office hired Jordana Cutler as head of policy and communications. Cutler is a longtime adviser to Netanyahu and, before her recent hire at Facebook, was Chief of Staff at the Israeli embassy in Washington, DC. Facebook may have been intimidated into the arrangement by Gilad Erdan, Israeli Minister of Public Security, Strategic Affairs, and Information, who threatened to enact legislation, in Israel and abroad, that would place responsibility on Facebook for attacks “incited” by its social media content. Erdan has previously said that Facebook “has a responsibility to monitor is platform and remove content.”

In addition, as the Intercept reported in June, Israel actively reviews the content of Palestinian Facebook posts and has even arrested some Palestinians for posts on the social media site. They then forward the requests for censorship to Facebook, who accepts the requests 95% of the time.

In what is an obvious and troubling disparity, Facebook posts inciting violence against Palestinians are surprisingly common and Facebook rarely censors these posts. According to Pulitzer Prize-winning journalist, Glenn Greenwald, this disparity underscores “the severe dangers of having our public discourse overtaken, regulated, and controlled by a tiny number of unaccountable tech giants.”

With Facebook arguably functioning as the most dominant force in journalism, its control over the flow of information is significant. The fact that a private company with such enormous influence has partnered with a government to censor its opponents is an undeniable step towards social media fascism. Though social media was once heralded as a revolutionary opportunity to allow regular people to share information globally and to politically organize for grassroots change, allowing governments to censor their opposition threatens to transform it into something else entirely.