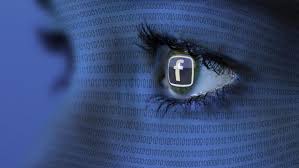 It seems as though the more we find out about Facebook and how the company operates behind closed doors, the more America resembles the fictional world created by George Orwell in his famous book 1984. In addition to seeking out conservative users and censoring their content, Facebook also collects personal information from everyone on the Internet, regardless of whether or not they have a Facebook account.

As Business Insider reported back in May of 2016, “For the first time, Facebook will use information about people who don’t have accounts on the social network to show them ads on other websites through its Audience Network.” Prior to this, the social media site only showed ads to people who had accounts based solely on information they collected from their Facebook activity. However, for the past two years, Facebook has been collecting data on everyone on the Internet using cookies, plugins and other pieces of code in order to show more ads, and, in turn, generate more profit.

If you were able to gain the courage to check, chances are you would be absolutely shocked at how much information Facebook already has on you. In a recent articlepublished on NZHerald.co.nz, author Nick Whigham went into detail on the things he discovered after downloading a data cache containing all of the information that Facebook had on file about him and his personal life. (Related: Read about Facebook’s plan to spy on users through their own smartphone cameras to analyze their facial expressions.)

“It included scanned copies of lease forms from a previous rental property I must’ve sent to my buddies over Messenger, my current tenant ledger report, an old monthly billing statement for my home broadband, screen shots of banking transfers and seemingly endless web pages of all the banal conversations I have ever had on the platform,” Whigham explained, adding that while it’s one thing to know that Facebook collects your personal information, it’s something entirely different to discover things in a data cache that even you yourself had forgotten about. (Related: Julian Assange has admitted that Facebook is nothing but a massive spying machine.)

Based on these pieces of information that Whigham discovered Facebook had on him, it’s easy to see how the social media site could use the data to their advantage. Perhaps the monthly billing statement and the banking transfers could be used to get a general idea of how much money Whigham had coming in, for instance, and maybe the cached conversations were used to acquire information regarding places he had traveled to, personal interests, his general attitudes and beliefs, and so on and so forth.

Over the past week or so, Facebook has found itself wrapped up in what is arguably one of the company’s largest scandals since its inception back in 2004. After it was revealed that the research firm Cambridge Analytica collected the personal information of 50 million Facebook users to determine voting patterns based on personality without the users’ knowledge or consent, a #DeleteFacebook campaign kicked off on Twitter, urging users to get rid of their accounts for good.

As it turns out, Facebook is already starting to experience the financial consequences of this campaign, with Newsweek reporting that “Facebook shares dropped by more than six percent, slashing over $30 billion from the company’s valuation.” Even Mark Zuckerberg, one of the wealthiest individuals in the entire country, is feeling the effects – according to Forbes, his personal net worth has declined by about $5 billion.

Facebook had better rethink the way that it does business and put an end to their ongoing surveillance of unsuspecting Internet users; otherwise, they will continue to lose credibility, and the profits will drop right along with it.

Visit Obey.news for more news about your privacy being invaded by Big Tech.

One thought on “Facebook has a file on you: Even if you don’t have an account, if you’re online, they track you through third-party activity”