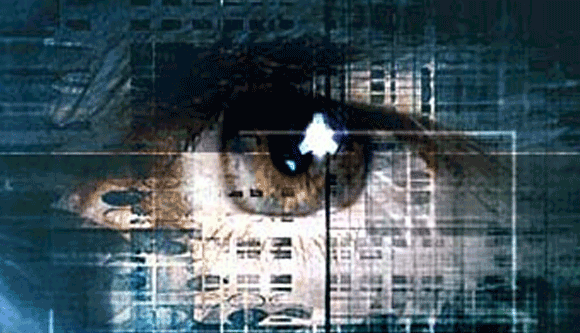 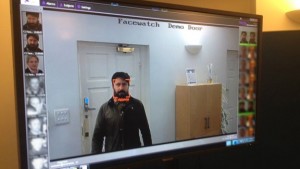 A scheme widely used by UK stores to identify criminals is testing facial recognition technology, the BBC has learned.

Until now, Facewatch has provided local groups of businesses with a way to share their CCTV images of shoplifters and other potential offenders.

It is now giving shops the ability to generate alerts if a face recognition system matches individuals in the shared pictures to customers in their stores, as the BBC PM programme’s Chris Vallance reports.

As we descend the steps into the wine bar he runs, Simon Gordon tells me how he thinks technology can help tackle High Street crime.

As well as running the bar, Simon is the founder of Facewatch, a system that helps businesses locally create and share watch lists – for example, pictures of shoplifters or known bag thieves.

The scheme, which has more than 10,000 premises registered, also helps businesses quickly upload camera footage to the police. The 13th police force has just “come on board”, Simon tells me.

Simon is demonstrating a face-recognition system in an office next to his bar.

The system happily finds the faces of everyone who passes, but a little white box jitters around my face. 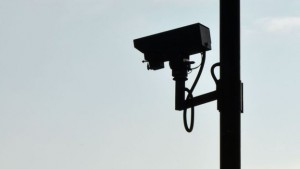 We later discover my thick-rimmed glasses are the problem. It’s something easily fixed by adjusting the system settings, Simon tells me.

In the past, the system has protected the wine bar from bag thieves. Now the thieves are gone, and it’s only loaded with sample images used to demonstrate face-recognition technology.

Simon’s ambition is to enable Facewatch to integrate with all the major face-recognition camera systems.

“What you can do now is link your face-recognition system to Facewatch and it will pull down the watch list that’s relevant for your premises and your group,” he says.

“Then, if someone walks into your premises, it will send you an alert.”

Tests are already under way in a small number of shops. Most just use sample images taken from business employees.

“It’s live in test sites, but it’s not in widespread operation yet,” Simon says.

Simon thinks face recognition could help prevent crime before it happens. “I know that sounds a bit like Minority Report but it is possible,” he says.

A pre-emptive “Can I help you sir?” may forestall a crime, but Renata Samson, of the privacy campaign group Big Brother Watch, is wary.

“The idea that pre-crime can be stopped is a worry, aren’t we all innocent until proven guilty?” she says. 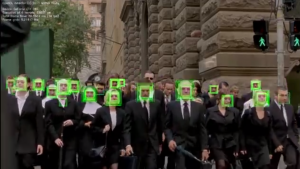 I ask Simon if there is a risk of “blacklisting”.

“The people who are on the list are not guilty until they’ve been prosecuted and taken to court, and the system makes that very clear”, Simon says – and under the Data Protection Act “if anyone misuses that data there are very significant fines”.

Simon is also sanguine about the risk of misidentification. Images from the watch list will be sent with alerts so staff can check that there’s a good match, he says.

At the Download music festival in Donington Park, Leicestershire, police used cameras connected to NEC’s NeoFace system to scan music fans entering the arena to see if their faces matched a specially created database of criminals known to target festivals.

It sparked controversy and an angry on-stage protest from the band Muse, who accused police of “scanning our faces without telling us”.

But Simon Cole, Leicestershire’s Chief Constable, says the anger was based on a misunderstanding.

“Afterwards, there was lots of noise that we were storing images of people and we had 75,000 images… it just isn’t how it works,” he says.

Face-recognition camera systems should be used by police, he tells me.

“The technology’s here, and we need to think about what is a proportionate response that respects people’s privacy,” he says.

Go shopping in Leicester, he says, and you’ll be filmed by any number of CCTV cameras.

“If that checks that I’m a reasonably law abiding citizen, that doesn’t bother me,” he says. 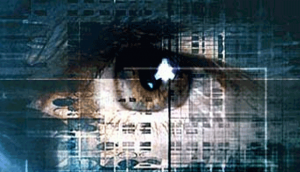 He tells me: “The public need to ask themselves: do they want six million cameras painted red at head height looking at them?

“But good technology that is sited in the right location and is used by the police and agencies effectively is a good thing.”

Police forces are already using face-recognition to identify people, much as they might with DNA or fingerprints.

A national police database contains up to 18 million “custody suite” photos – hundreds of thousands could be of innocent people.

The biometrics commissioner Alastair MacGregor has warned that image databases and face recognition could be used to track people’s movements by “combining widespread CCTV and access to a huge searchable database of CCTV images”.

Some forces are also learning that skilled humans can outperform computers in analysing pictures.

“Super-recognisers” – humans with a talent for spotting faces – manage “200 idents a week”, Det Ch Insp Mick Neville, of the Metropolitan Police, tells me in an email.

But the computer manages just one a week “due to the quality, angle and lighting of CCTV images”.

Facewatch’s Simon Gordon knows about the work, but says computers will be more useful in live settings; a bar could hardly pay a super-recogniser to sit by the door all day. And human brains aren’t exponentially increasing in power.

Simon says the price of systems is falling as their effectiveness increases, and face-detection cameras could soon be within every business’s reach.

“Probably by the end of next year, it will be almost like having a mobile phone,” he says.