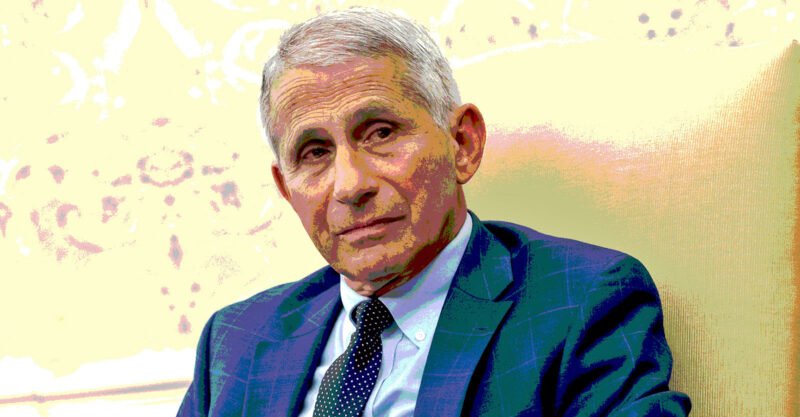 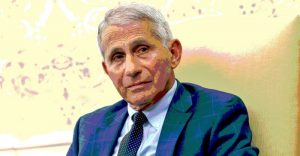 Will This Filthy Monster Pay For His Crimes Against The People? I Highly Doubt It

Dr. Anthony Fauci, the highest paid employee in government today, today said he will leave his post as head of the National Institute of Allergy and Infectious Diseases — a post that enabled him to push lockdowns and vaccine mandates without acknowledging the downside to those policies.

It had to come at some point, but Dr. Anthony Fauci, the highest paid employee in government today, is finally leaving his post as head of the National Institute of Allergy and Infectious Diseases, a post that enabled him to become the face of lockdowns and vaccine mandates that have left enormous economic, cultural and health destruction in their wake.

He has never acknowledged the downside to the policies he pushed as an advisor to both Trump and Biden and still refuses even fully to admit his role.

Nor has he been forthcoming about his role in the funding of gain-of-function research in Wuhan.

Has Fauci’s presence become a liability to the Biden administration and the Democrats generally?

Perhaps but there is also the issue of book royalties that await him once leaving his post with the government.

“While he has been working on a memoir, Dr. Fauci said he did not yet have a publisher. In an interview last year, he said he was precluded from contracting with a publisher while he was still employed by the government.”

Both factors could explain the decision. He will wait for his final departure until after the November election.

No one person in the U.S. government was as influential as Fauci in pushing the Trump administration toward locking down the country as testing results revealed the spread of the virus that causes COVID-19.

From late January through March 2020, he was in constant consultation with others about the virus and the possibility that it could have come from a lab in Wuhan, China, with which he had developed ties through intermediaries such as Peter Daszak’s EcoHealth Alliance.

Fauci initially wrote to reporters that no vaccine would be necessary. On March 2, 2020, David Gerson of the Washington Post wrote asking about the point of social distancing.

“Social distancing is not really geared to wait for a vaccine. The major point is to prevent easy spread of infections in schools (closing them), crowded events such as theaters, stadiums (cancel events), workplaces (do teleworking where possible)…. The goal of social distancing is to prevent a single person who is infected to readily spread to several others, which is facilitated by close contact in crowds. Close proximity of people will keep the R0 higher than 1 and even as high as 2 to 3. If we can get the R0 to less than 1, the epidemic will gradually decline and stop on its own without a vaccine.”

Those were his beliefs two weeks ahead of the lockdowns.

It’s a remarkable email not only because it reveals that Fauci was not among the champions of the vaccine but also because he believed that lockdown policieswould stop the spread and even eviscerate the virus itself.

That position puts Fauci in the camp of what later became known as the Zero COVID movement that so completely drove policy in China, New Zealand and Australia.

It did not work, there or here or anywhere.

The email also shows that Fauci had no interest in the power of naturally-acquired immunity that even the Centers for Disease Control and Prevention now admits contributed to the end of the pandemic.

The vaccines that Fauci later came to champion stopped neither infection nor spread, contrary to his promise, so it stands to reason that the end of the pandemic comes about by the very forces that he ruled out in his initial emails.

To him, the lockdowns alone would somehow work to end the pandemic. Nowhere on the planet has that proven true.

Fauci stayed on after the Trump administration left office, having likely pushed trial delays that caused the vaccine release to appear only after the election.

He then became the leading pusher of mask and vaccine mandates, and later boosters on a regular schedule as the key to getting out of the pandemic.

He was the subject of a documentary profile in 2021 that garnered praise from critics and rotten tomatoes from audiences.

Fauci’s influence over COVID-19 policy follows decades of work in the federal government during which he acquired enormous influence over the use of money dispersed by the National Institutes of Health.

He will likely be called by a Republican Congress to testify on many mysterious aspects of his tenure.

The publisher of his forthcoming book surely hopes it will be an international bestseller, and Fauci will face no restrictions in taking an advance on the earning of royalties from sales.