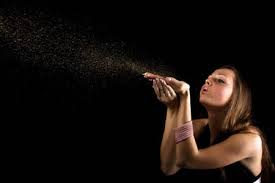 If all this sounds exactly like what we’re all witnessing in American society today, that’s because drug companies have turned scopolamine into an FDA-approved prescription drug.

When the scopolamine chemical enters the bloodstream, it immediately affects the brain, turning a normal human being into an auto-suggestion hypnosis subject who believes and obeys anything they hear. If that person happens to be watching MSNBC while absorbing this drug, they might mindlessly come to believe that they’re supposed to vote for Hillary Clinton because she’s so smart, honest and awesome!

Combine this drug with the effects of mass fluoridation and widespread antidepressant drug use and you get a toxic cocktail of mind-numbing drugs that sap free will and turn humans into walking zombies.

“The drug… turns people into complete zombies and blocks memories from forming. So even after the drug wears off, victims have no recollection as to what happened,” reports the Daily Mail.

It kind of sounds like exactly what we’re seeing today with all the people who voted for President Obama in the 2008 and 2012 elections. They have no recollection what they voted for, and they can’t seem to realize that all of Obama’s campaign promises were outright lies. They voted out of obedience, not rational thinking, and now as so many of the very people who voted for Obama find themselves jobless, laid off or with their work hours cut, they’re starting to come to their senses and ask, “What have I done?”