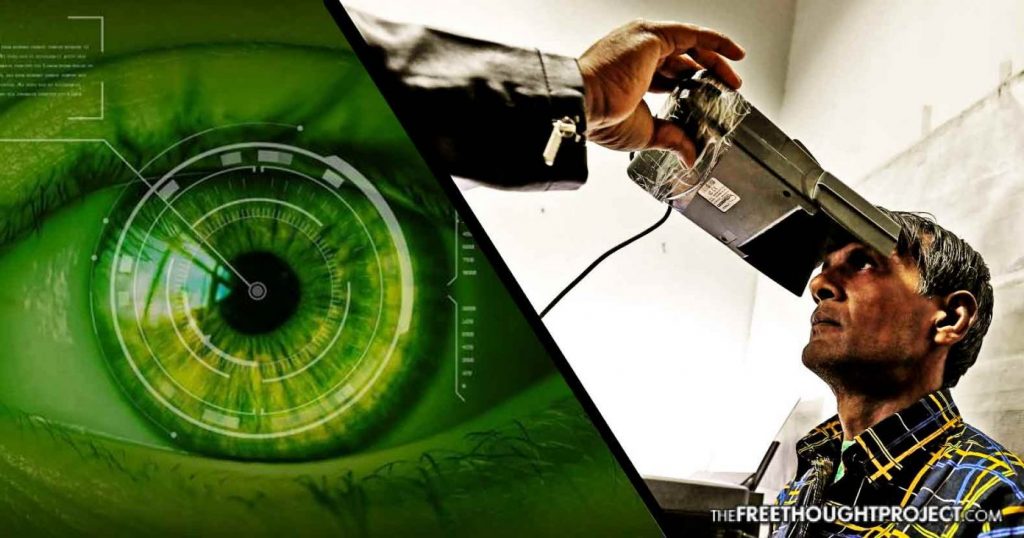 There was a string of interesting financial reports from India this week that appear to be unrelated at first glance, but upon further inspection they all seem to be working towards a common goal—an intrusive big brother surveillance state that tracks every single financial transaction for every single resident.

According to The New York Times, the Indian government has implemented an identification system that will require scans of fingerprints, eyes, and faces for all financial transactions, including food, banking, cell phone plans and state assistance. The program is called Aadhaar, and it will be mandatory for the 1.3 billion people who live in India.

Most of India is already enrolled in the program, with a total of 1.1 billion already using the system. However, most people are obviously signing up under duress, as they have no other ways of accessing basic commerce or financial services.

Over the past several years the government in India has been slowly building the program, setting up residents with IDs while collecting their biometric data. Now, the government is ready to make the program mandatory for nearly every aspect of life.

Adita Jha, a 30-year-old environmental consultant in Delhi who was interviewed by The Times, said that she was forced into the program.

“You almost feel like life is going to stop without an Aadhaar,” she said.

In some cities, parents are not allowed to leave hospitals with newborn children until they are signed up.

In addition to the vast violation of privacy that this program introduces, it is also highly inefficient, with possibly fatal results. A recent study determined that 20 percent of an entire region was cut off from food rations because their Internet connections were not good enough to access the program.

If you think this type of control grid isn’t possible in the United States, think again. Harvard Professor Jacqueline Bhabha praised the drastic new policy, saying that, “No one has approached that scale and that ambition. It has been hailed, and justifiably so, as an extraordinary triumph to get everyone registered.”

Even the article published in The Times this week seems dismissive towards “critics and civil libertarians” who oppose the measure while spending an unusual amount of time touting the “benefits” of such a program.

This is the type of dystopian nightmare that the crypto-anarchists and cypherpunks who initially developed the concept of cryptocurrencies were seeking to prevent. They saw this future coming; they saw governments setting up surveillance grids and making plans to track financial records with biometric data.

Knowing that cash and gold might be illegal or confiscated in a society like this, they worked to develop an idea for digital cash, that is secure and untraceable. It is not just the infamous Satoshi that we can credit with this technology; this mysterious entity simply built upon an intellectual blueprint which was laid down by radical tech specialists like Timothy May, just to name one prominent example among many.

For this reason, central banks around the world—but especially in India—are growing more hostile towards cryptocurrencies.

Crypto currencies and crypto assets, raise concerns of consumer protection, market integrity and money laundering, among others. Reserve Bank has repeatedly cautioned users, holders and traders of virtual currencies, including Bitcoins, regarding various risks associated in dealing with such virtual currencies. In view of the associated risks, it has been decided that, with immediate effect, entities regulated by RBI shall not deal with or provide services to any individual or business entities dealing with or settling VCs. Regulated entities which already provide such services shall exit the relationship within a specified time.

In the very same statement, the central bank of India announced its plan to release their own digital currency, which will be a fiat monopoly currency that is totally traceable, unlike cryptocurrencies.

Rapid changes in the landscape of the payments industry along with factors such as emergence of private digital tokens and the rising costs of managing fiat paper/metallic money have led central banks around the world to explore the option of introducing fiat digital currencies. While many central banks are still engaged in the debate, an inter-departmental group has been constituted by the Reserve Bank to study and provide guidance on the desirability and feasibility to introduce a central bank digital currency.

The banks understand that their whole existence is at stake, so they are working to ride the tides as best as they can and steer the innovation of this technology in a direction that suits their needs, which would be a shift away from anonymity and decentralization.

If central banks are able to run a monopoly fiat currency on a blockchain, they will have more power and control than ever. It is highly possible, almost guaranteed, that these interests will attempt to use the force of government to make this happen.

If used by the people and for the people, blockchain technology could allow us to create financial systems that are resistant to inflation, centralization, and control. But in the bankers’ hands, it could create the dystopian nightmare that cryptocurrencies set out to prevent. As with any technology, this is a tool which could be easily used in our favor or against us. That is why the battle for the blockchain and the race to innovation is so important.

John Vibes is an author and researcher who organizes a number of large events including the Free Your Mind Conference. He also has a publishing company where he offers a censorship free platform for both fiction and non-fiction writers. You can contact him and stay connected to his work at his Facebook page.John just won a 3-year-long battle with cancer, and will be working to help others through his experience, if you wish to contribute to his treatments consider subscribing to his podcast to support. This article first appeared at The Free Thought Project.